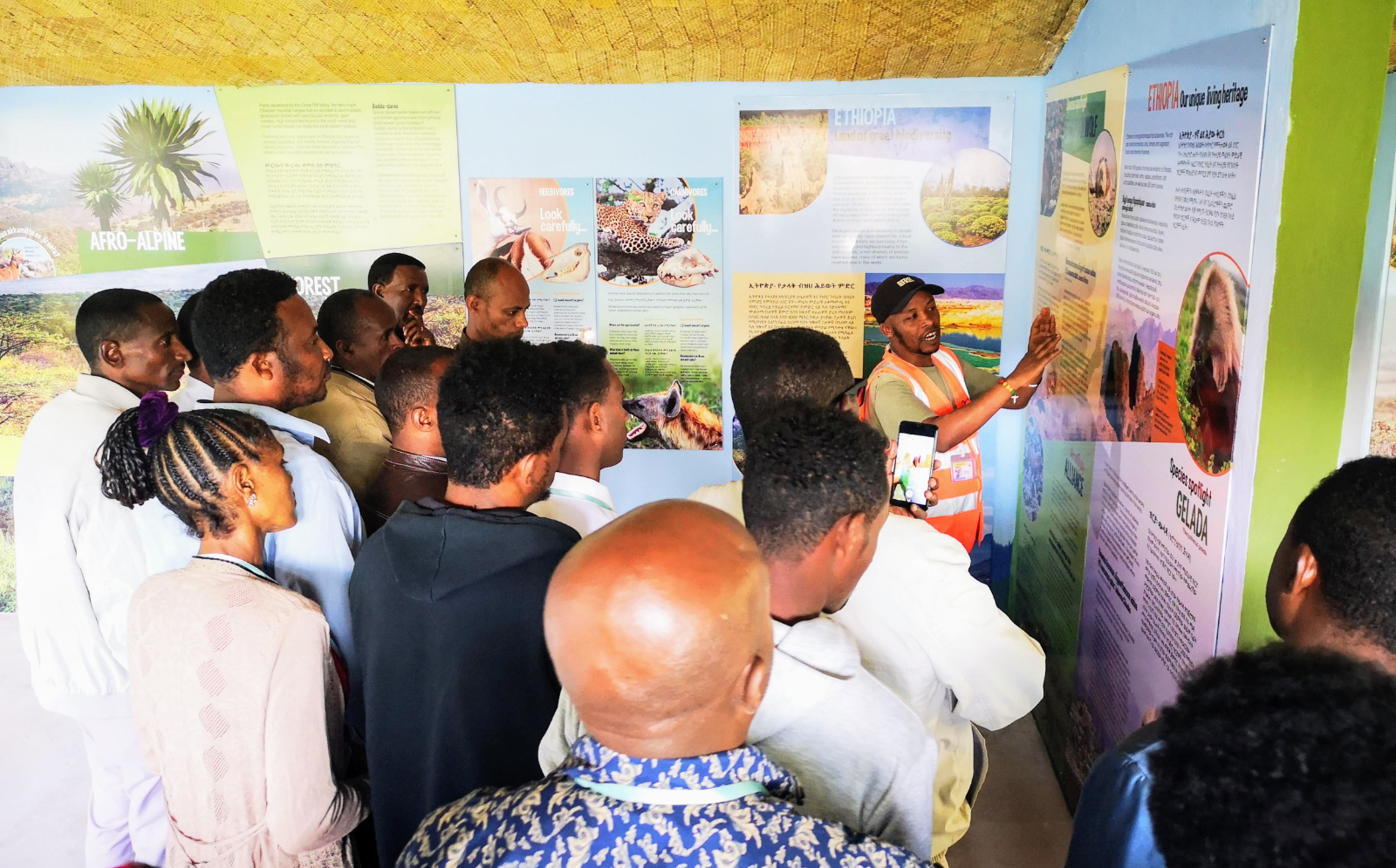 Born Free has worked closely for many months with Janette Draper, a graphic designer from Australia who previously worked on Chipembele Wildlife Education Trust’s classroom in Zambia. It took Janette seven weeks to complete the final in-situ stages of the classroom in Ethiopia. While her stay was marked with many challenges, including the need to reprint the boards, damp plaster, civil unrest, power outages and other setbacks, Janette stayed committed to the end and has thankfully agreed to come back for phase two next year.

The new information boards highlight Born Free’s work, animal welfare and Ethiopia’s unique national heritage in three languages – English, Amharic and Afan Oromo. We hope the education centre will enable local communities to better understand the need for wildlife protection and the role they can play within it.

The classroom was unveiled by Janette Draper and Lemessa Goshu, our new Education Programmes Leader based in Ethiopia, at an open morning for key Ethiopian partners. We felt it was appropriate to use the same ribbon cut in 2015 by Virginia McKenna and former President of the Federal Democratic Republic of Ethiopia, His Excellency President Girma Wolde-Giorgis, to honour his memory and the important role he played in Ensessa Kotteh’s creation.

The education centre is open to visits from local school and community groups as well as visitors from overseas. You can find out more about visiting Ensessa Kotteh here.