The world’s wild animals are in serious decline. Humanity has wiped out 60% of wild animal populations since 1970. More than 26,000 species are known to be threatened with extinction, including a quarter of all mammals, a third of sharks, rays and corals, and 40% of amphibians. Many more may be falling under the radar.

Commercial trade in animals and their body parts is a big part of the problem. Wild animals are traded live as exotic pets, exhibits, or for research, and their heads, skins, teeth, bones, bile and other body parts are traded as food, trophies, ornaments, jewellery, traditional medicines, tonics and supplements and for a host of other purposes.

In 2015 alone, more than 1.2 million international transactions involving protected wild animals or parts and products derived from them, were reported. And that’s just the legal trade. The illegal trade in wildlife (excluding fish and timber) is thought to worth in excess of £16bn. 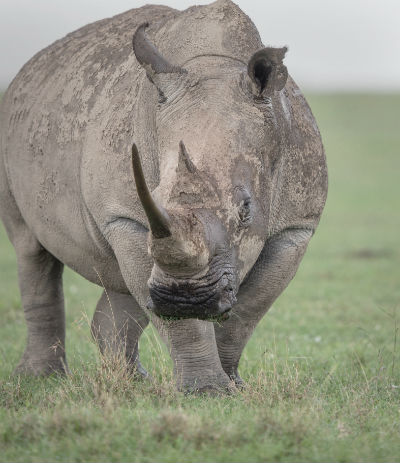 Today, government representatives from more than 150 countries will converge at an international meeting in Geneva, Switzerland, to discuss the rules that govern international trade in wildlife. Civil society groups, trade bodies and the media will also be among the 3,000 or more delegates. The meeting will consider proposals to increase protection against trade for some species, but decrease it for others. Many more species will fall under its radar.

Governments are spending significant amounts of public money to send their officials to this meeting, to represent their citizens. We must ensure the decisions they make are focused on protecting wildlife against the negative impacts of trade, rather that serving the commercial interests of traders. The public needs to ensure their concerns for the future of wildlife are taken on board by  the delegates at the meeting, so they are truly represented.

The world needs to wake up to the fact that we cannot trade our way out of the extinction crisis. If we are to prevent further declines and secure a future for wild animals, we cannot go on treating them as mere commodities.