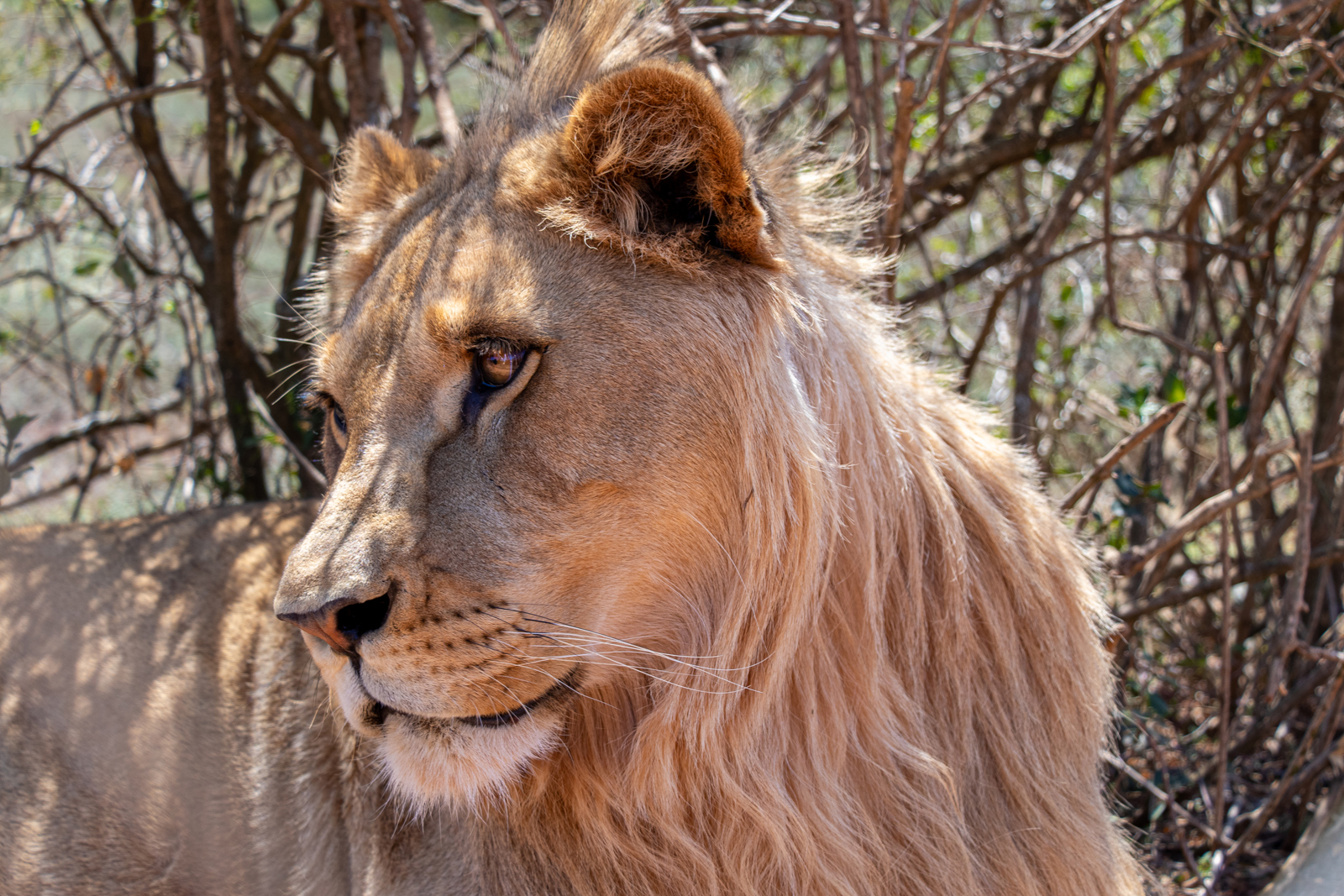 King really loves attention and gets excited whenever he hears movement. He usually walks down his enclosure from the top to the bottom fence, via his viewing deck area and marking his territory. He is very aware of his neighbours the Lions of Lyon and pays a lot of attention to what’s going on around him.

King is a young and playful lion. He often runs and plays with his food before eating it. Recently, his water trough in the main camp was empty and we suspect he might be responsible. We think he has been scooping water out of the trough as if it were a game! 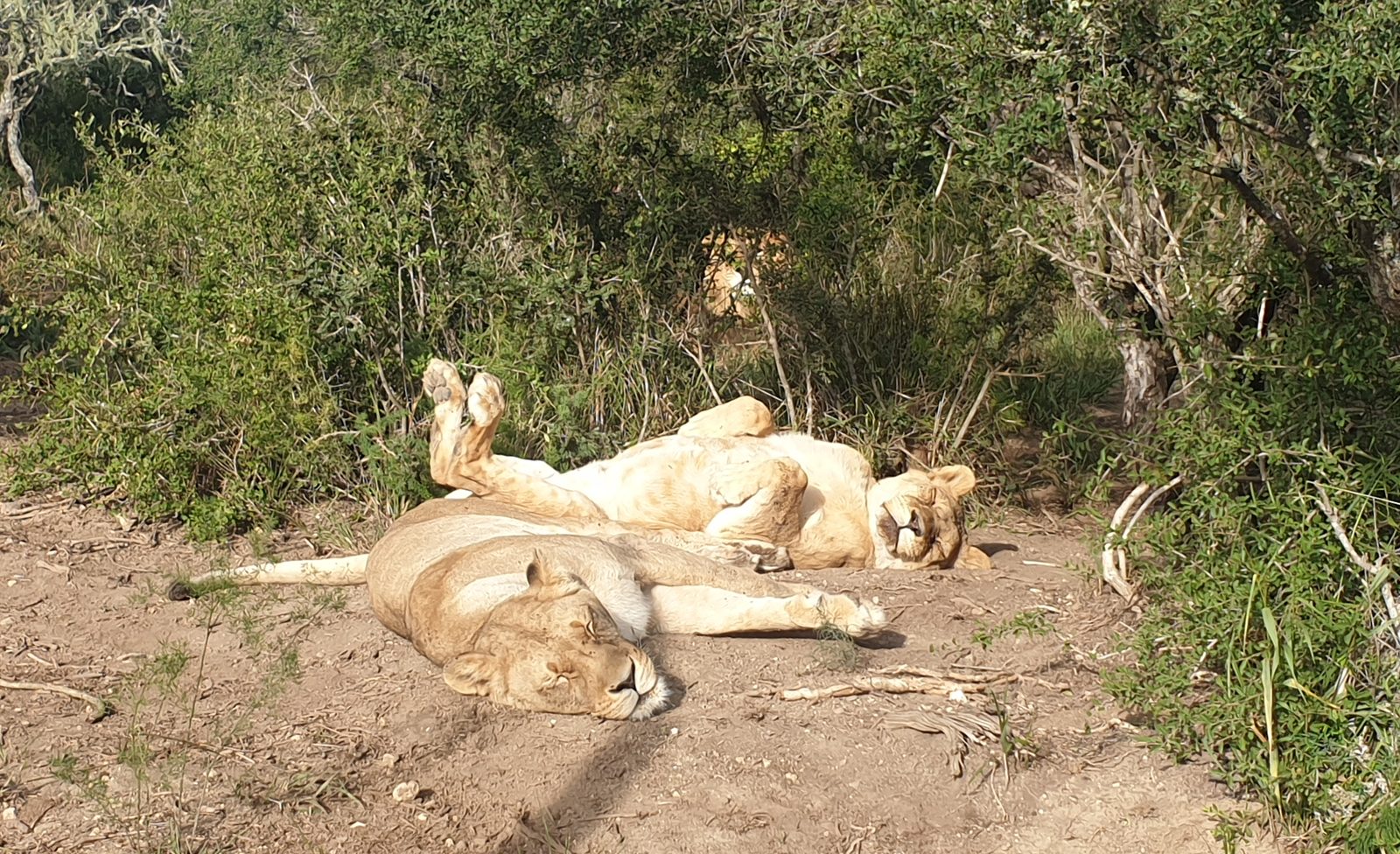 This pride can be vocal and it’s amazing to hear them roar together as a unit. The lionesses love to bask in the sun and Jerry is never far away from them. Jerry is always on guard, keeping an eye on Nelson, as he doesn’t want him making eyes at his lionesses. Jerry does what any lion in the wild would naturally do, he patrols and marks his area to ward off other male lions. It’s great to see these wild animals thriving and displaying their wild instincts. 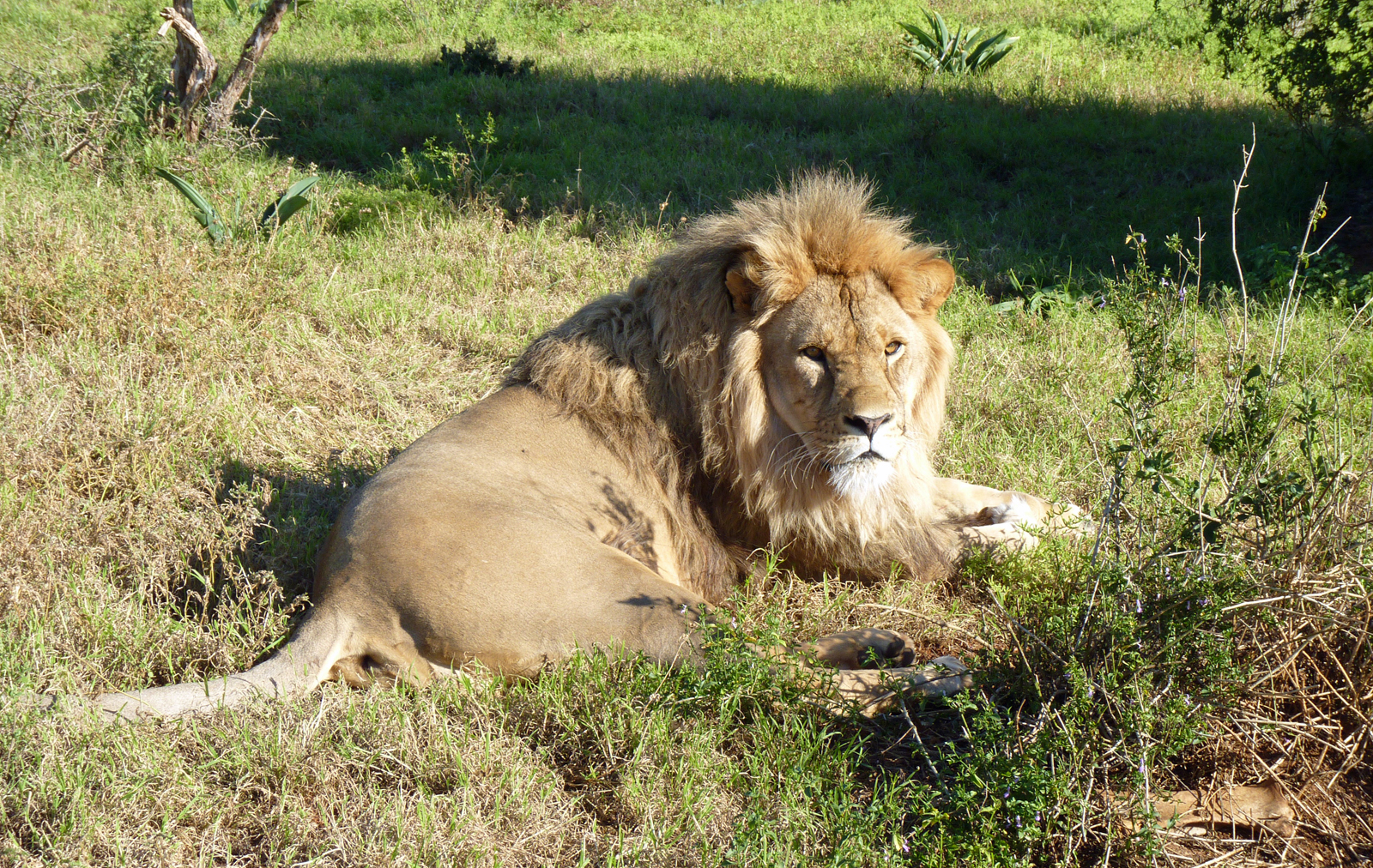 Ciam is generally calm and relaxed, but gets very excited at meal times. The moment his food arrives, he grabs it and runs out of his hospital camp into his main camp. The next day, we will often see him resting on his climbing platform, playing with the bones he has dragged up there from his previous meal.