Since their arrival in October, Horus, Dadou, Cersei and Thea have all settled in well and are growing fast. Their confidence and individual personalities are also starting to develop.

The cubs like their main camp, especially the tall trees towards the back of the enclosure where they can disappear and enjoy privacy when they want to. Their platform in the middle of the camp is also a favourite. In the late afternoon to early evening the cubs rouse themselves and engage in social behaviours; they show affection by rubbing their heads on one another, licking each other’s faces, grooming each other and purring. They also have lots of time for play. Games include chasing, pushing and shoving, and climbing on one another.

Horus’ mane is almost twice the size it was when he first arrived. He shows signs of dominance, especially with Dadou.  All the cubs are playful and get on extremely well together.

Dadou doesn’t like to take the lead and is often the last one to participate in activities. He is skittish and can be easily frightened. He is always on the look out for his neighbours, Black and Jora, who attract his attention most days. He is still getting used to living in sight of adult lions and I think they make him a bit nervous at the moment.

Cersei is brave, and the first to arrive when she sees the team doing fence checks or during feeding, followed by Thea or Horus. Both Cersei and Thea show an interest in King, their neighbour on the other side, and watch him when he does his rounds, marking his territory in his enclosure. 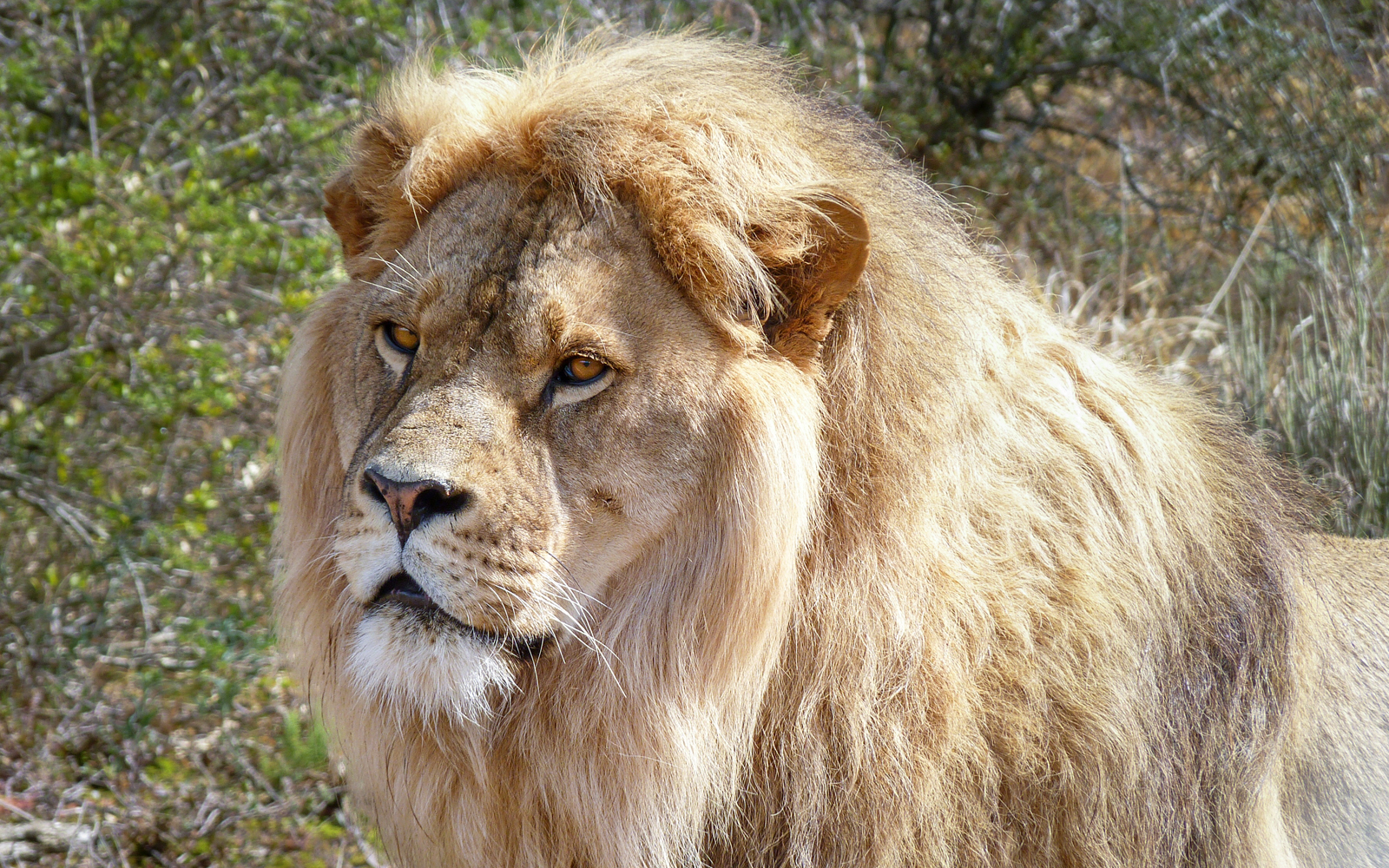 Ciam keeps himself busy playing with whatever he can see around him, from tree branches and sticks to the raised wooden sleeping boards in his night house.

He is now in his prime and is very vocal. It sometimes sounds like there is a competition between him and King to be the loudest – maybe it’s because of the presence of the new arrivals, Horus, Dadou, Cersei and Thea. 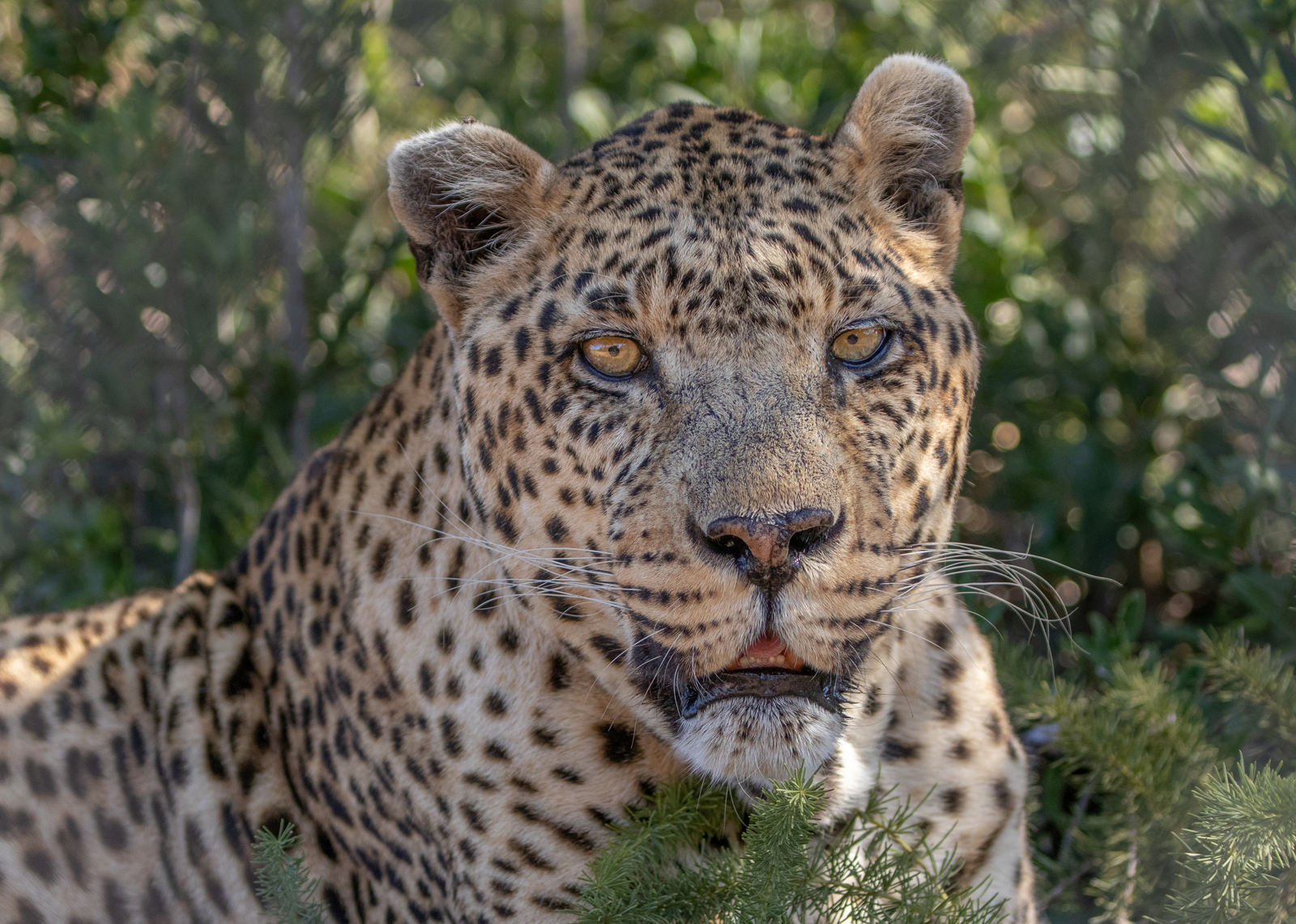 Sami is quite familiar with people and often comes to say hello to visitors during guided tours.

One day, it was particularly hot so we decided to make all the big cats an ice lolly filled with bits of meat, offal and some carnivore supplement. Once it was frozen, we gave it to him. Sami played with it and smacked it around for a few seconds, but when he discovered there were bits of meat inside, he became very focused and licked the ice lolly until the meat started coming off. 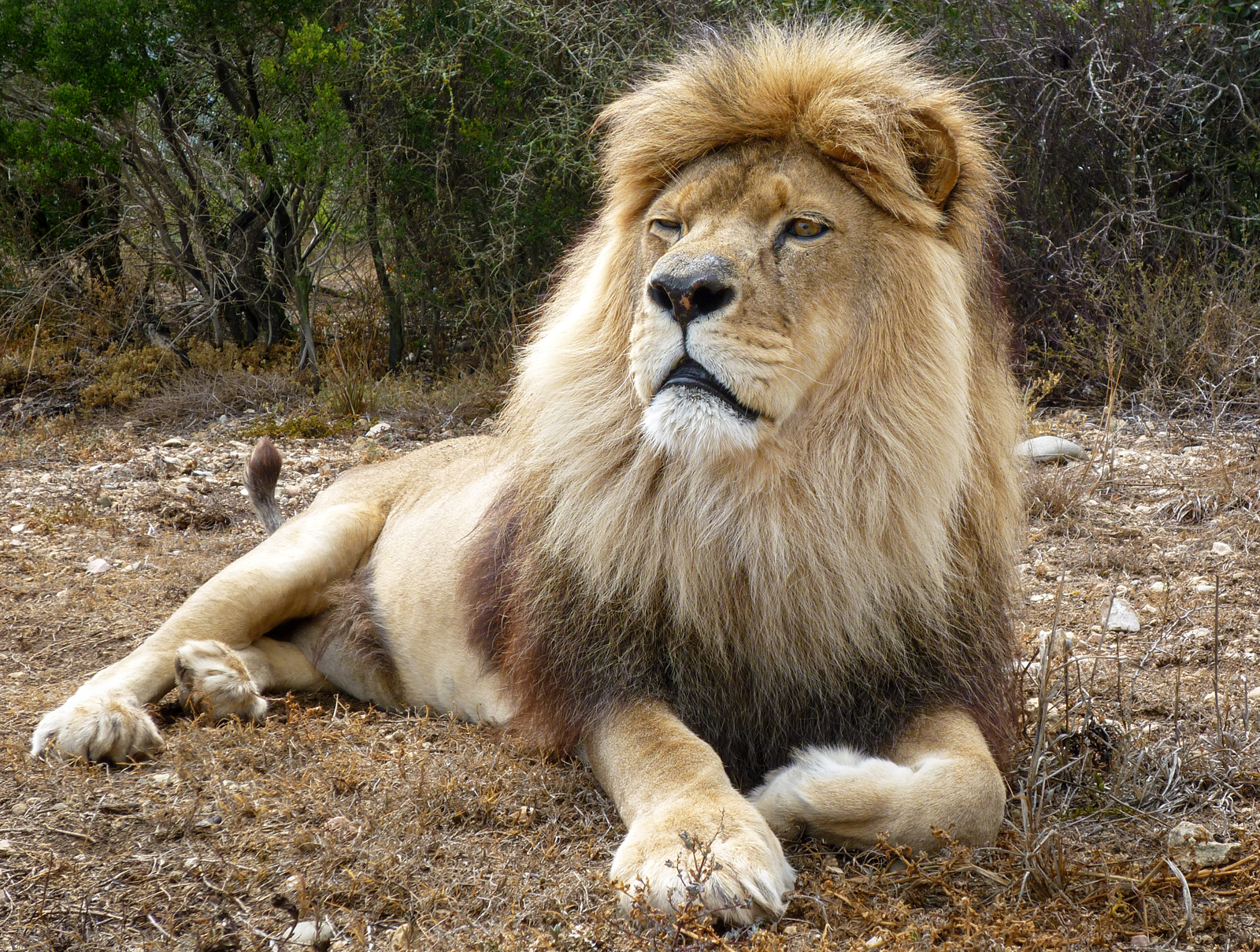 Brutus is very content sitting under a tree surveying his surroundings. He always watches the birds that fly into his enclosure, and you can see his eyes following the sunbirds on the aloes. Brutus has a magnificent roar and is quite vocal, particularly with his neighbour Jerry.

As an older lion Brutus is not as active as the youngsters. He also has a bit of arthritis, which we expect is because of his previous life in the circus. So we need to keep an extra eye on his weight and make sure is it properly managed. We recently encouraged him to lose a bit of weight, which has helped improved his mobility and is a big plus to his overall health. 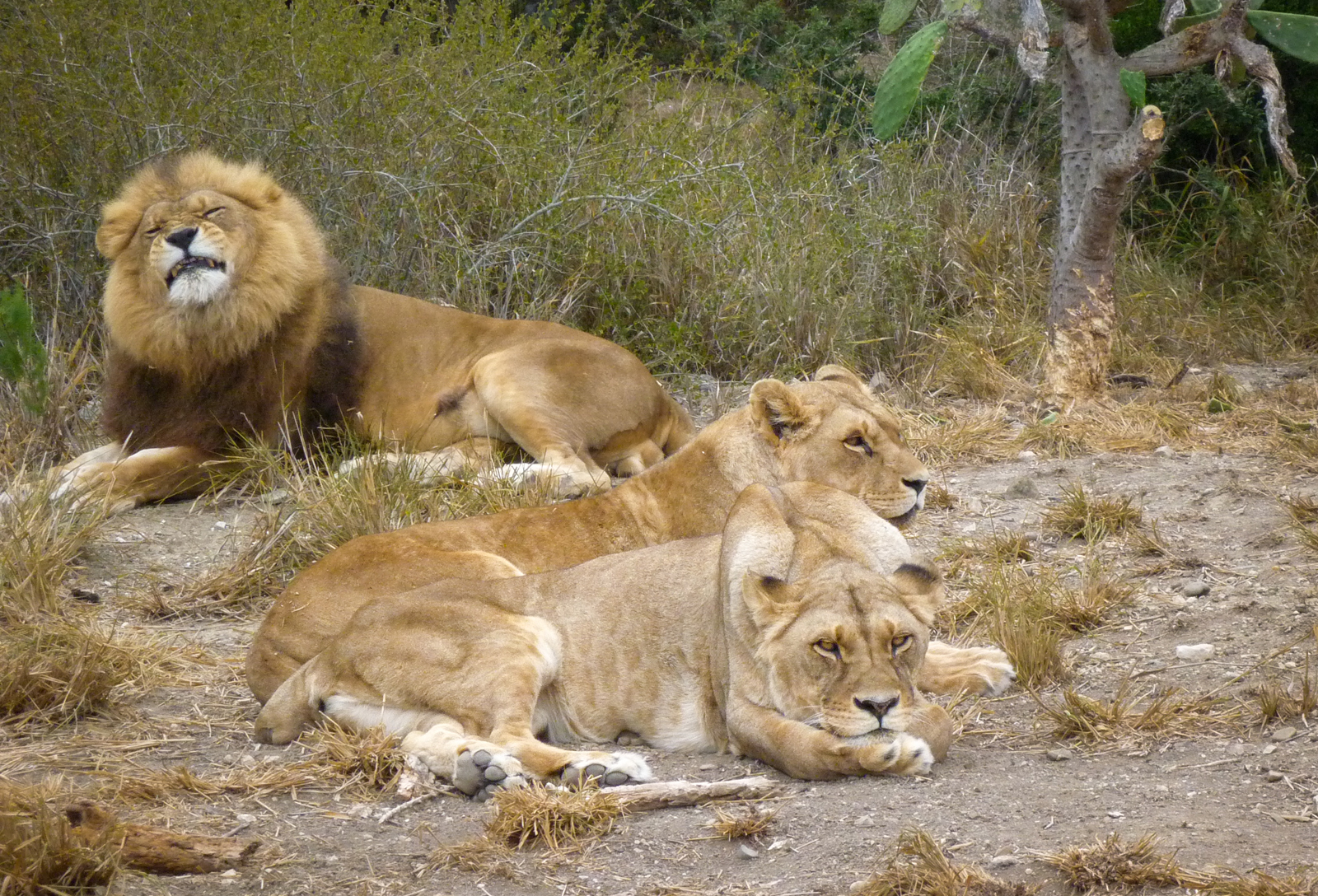 These three complement each other well in their own different ways, but they have completely different personalities.

Jerry appears to be a grump and in charge, but he is not like that. He can handle himself but is also a real gentleman, and will sit with the lionesses and groom them. Maggie is very inquisitive. She likes to inspect holes and chase flies around.

It’s great when we hear all three of them roar together, when Jerry answers the other resident males (Brutus and Nelson). This confirms how united their group is and shows Maggie and Sonja's support for Jerry as the leader of their small pride.