World Elephant Day was launched to make people aware of the numerous and serious threats facing Asian and African elephants.

Across their range, both Asian and African elephants are threatened by poaching, human-wildlife conflict, habitat loss and encroachment. African forest elephants, however, have received significantly less conservation attention than savannah elephants, owing in part to their elusive nature and the challenging political and ecological areas in which they live.

As megaherbivores, keystone species and ecological engineers, forest elephants have a dramatic effect on the environment around them. They are highly frugivorous, meaning they are great seed dispersers and maintain forest diversity and structure. Recently, scientists discovered forest elephants help combat climate change by eating and knocking over smaller trees and promoting the dominance of larger trees, ultimately increasing forest biomass and enabling greater carbon storage. However, between 2002 and 2011, the population of forest elephants across central and western Africa declined by 62%, due to poaching, habitat loss from human encroachment, armed conflict and a lack of protection.

West Africa has lost more than 90% of its suitable elephant habitat over the last 35 years, as a result of logging, mining and agriculture. Forest elephants are now only found in eight African countries: Gabon, Democratic Republic of Congo, Republic of Congo, Cameroon, Central African Republic, Côte d’Ivoire, Liberia, and Ghana.

Liberia is only one of two forest elephant range states encompassed by the Upper Guinean Forest of West Africa, an area internationally recognised as one of Africa’s most important biodiversity hotspots. Liberia offers one of the best chances of survival for the forest elephant in West Africa and is, therefore, a top priority country in West Africa for elephant conservation. Armed conflict, a recent outbreak of Ebola, lack of funding and a lack of technical in-country expertise has previously prevented conservation actions and the implementation of the National Elephant Action Plan.

Starting this year, Born Free is contributing to a countrywide survey of forest elephants in Liberia. Born Free is supporting ELRECO, founded by two committed conservationists, Dr Tina Vogt and Bernhard Forster, who have more than 20 years’ experience and insight in nature conservation projects worldwide and in Liberia specifically. Very little, if anything at all, is known about Liberia's elephants today. In particular, information is lacking on their distribution, ranges and numbers, consolidated knowledge of seasonal movements, their historical migration paths, cross-border movements, hunting pressure and ivory trade, as well as human-wildlife conflict. This information is vital for effective conservation planning and management of populations. 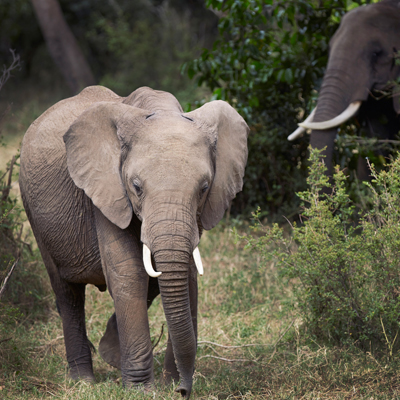 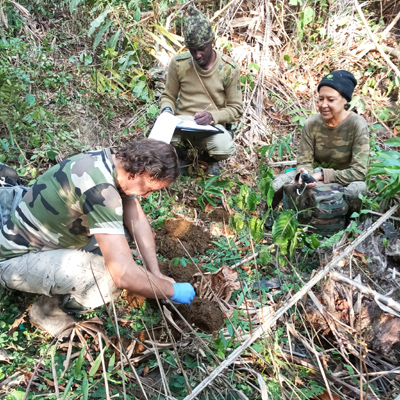