SNIFFING OUT WILDLIFE CRIME IN MALAWI

Malawi took a further step forward in its fight against the illegal wildlife trade on 9th August, with the introduction of the country’s first Wildlife Detection Dog Unit (WDDU). The new canine unit – consisting of Buba, Tim, Nikita and Max and their handlers – will be sniffing out ivory, rhino horn, pangolin scales, hippo teeth, animal skins, bushmeat, firearms and ammunition as well as other contraband at airports and key border posts throughout the country.

Malawi, which has been identified by international experts at CITES as Southern Africa’s principal transit hub for ivory trafficking, has been taking an increasingly tough stance against the illegal wildlife trade, which is estimated by the UN to be worth over £18bn ($23bn) annually.

The WDDU, a collaboration between conservation charity Lilongwe Wildlife Trust (LWT), The Department of National Parks and Wildlife (DNPW) and Malawi Police Service, is one of a number of recommendations that were highlighted in Malawi’s Illegal Wildlife Trade Review, co-authored by LWT, and published in 2015. Born Free has supported LWT since 2007 and welcomes the introduction of the new unit.

Malawi has lost over 50% of its elephant population in the past 25 years and has been implicated in some of the largest ivory seizures in the world: 6.5 tonnes of ivory – the second largest seizure in the history of the illegal ivory trade – confiscated in Singapore in 2002 had been shipped from Malawi. Figures from the ROUTES* Flying Under The Radar report, published in 2017, show that between January 2009 and August 2016, Kamuzu International Airport in Malawi’s capital Lilongwe accounted for the second highest number of ivory seizures worldwide, at 42, topped only by Kenya’s Jomo Kenyatta International Airport, with 48. This makes Malawi’s two international airports – Lilongwe and Blantyre – a key priority for the WDDU.

Jonathan Vaughan, CEO of LWT, said: "The introduction of the new canine unit is a welcome and significant step forward in Malawi’s fight against the illegal wildlife trade and is indicative of the country’s increasing intolerance against the perpetrators of this million-dollar industry. The message is clear: Malawi will no longer be an easy target for wildlife crime." 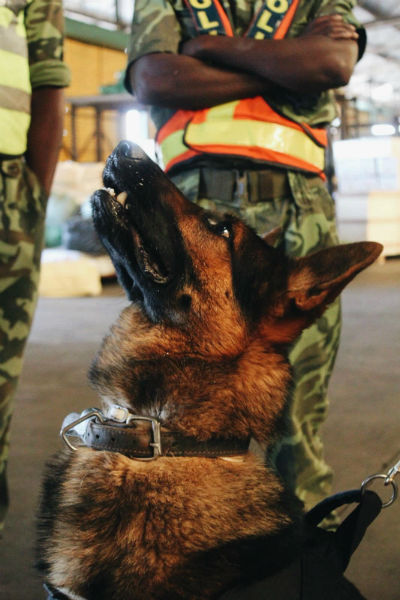