Forest corridors allow wildlife to travel freely between reserves. Why are they crucial to the survival of wild tigers in central India?

Do you imagine a tiger stalking its prey through the forest, undisturbed and wild or, do you see a tiger crossing a high-speed railway, navigating through endless fields and sprinting over highways?

In the heart of India, tigers can be found in the Satpuda landscape, which is made up of several reserves and linked by corridors. But, no one tiger population in each of the reserves can survive by itself. Tigers must disperse to keep the population alive.

When tigers venture out of the reserves, the land they enter is full of dangers and the potential for human-tiger conflict is ripe. The corridors that tigers are meant to use are degraded, with extensive human development including major highways, high-speed railways and mines. Even when they do manage to avoid these obstacles, vast swathes of land is used for agriculture and settlements, meaning that tigers come into direct contact with people. This contact can be deadly for both people and for wildlife. Human-tiger conflict is one of the greatest threats to tigers and it is growing to be a greater problem as more and more corridors are degraded.

The proposed Nagpur Mumbai Super Communication Expressway will link Nagpur, a city that sits in the middle of Satpuda, with Mumbai 701kms away in western India. 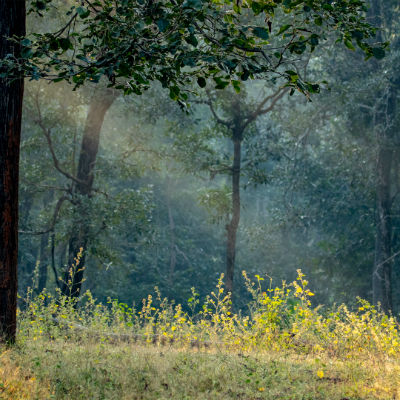 The expressway will plough straight through several corridors in Satpuda, including links around five tiger reserves: Bor Wildlife Sanctuary, Tadoba Andhari Tiger Reserve, Navegaon Nagzira Tiger Reserve, Pench Tiger Reserve and Melghat Tiger Reserve. Despite fierce opposition from numerous international and local conservation organisations, including our partners at Conservation Action Trust, the construction of the eight-lane highway is underway and will be completed in 2020.

The degradation of corridors in the Satpuda area not only affects tigers, but also numerous other species. If development continues in this manner, the protected areas will become islands, where the wildlife is immobile and confined.

The issue of development is complex. All nations have the right to develop infrastructure, benefitting people and providing for economic growth. However, in order to have a truly sustainable future where tigers and people can co-exist, development must be sensitive, allowing for both nature and people to thrive.

Our Born Free-supported Living with Tigers partners are working hard to oppose destructive and insensitive developments including mines, roads and railways and promote ways of co-existing with wildlife. Their work will help protect these vital corridors within Satpuda, allowing for tigers to be free, wild and safe.