WILD ANIMALS IN CIRCUSES IN FRANCE

In the last four years, Born Free has given lifetime homes to six lions with likely connections to circuses in France. The four lions we are hoping to relocate to South Africa will bring this total to 10. So, what’s the current situation in France when it comes to wild animals in circuses? 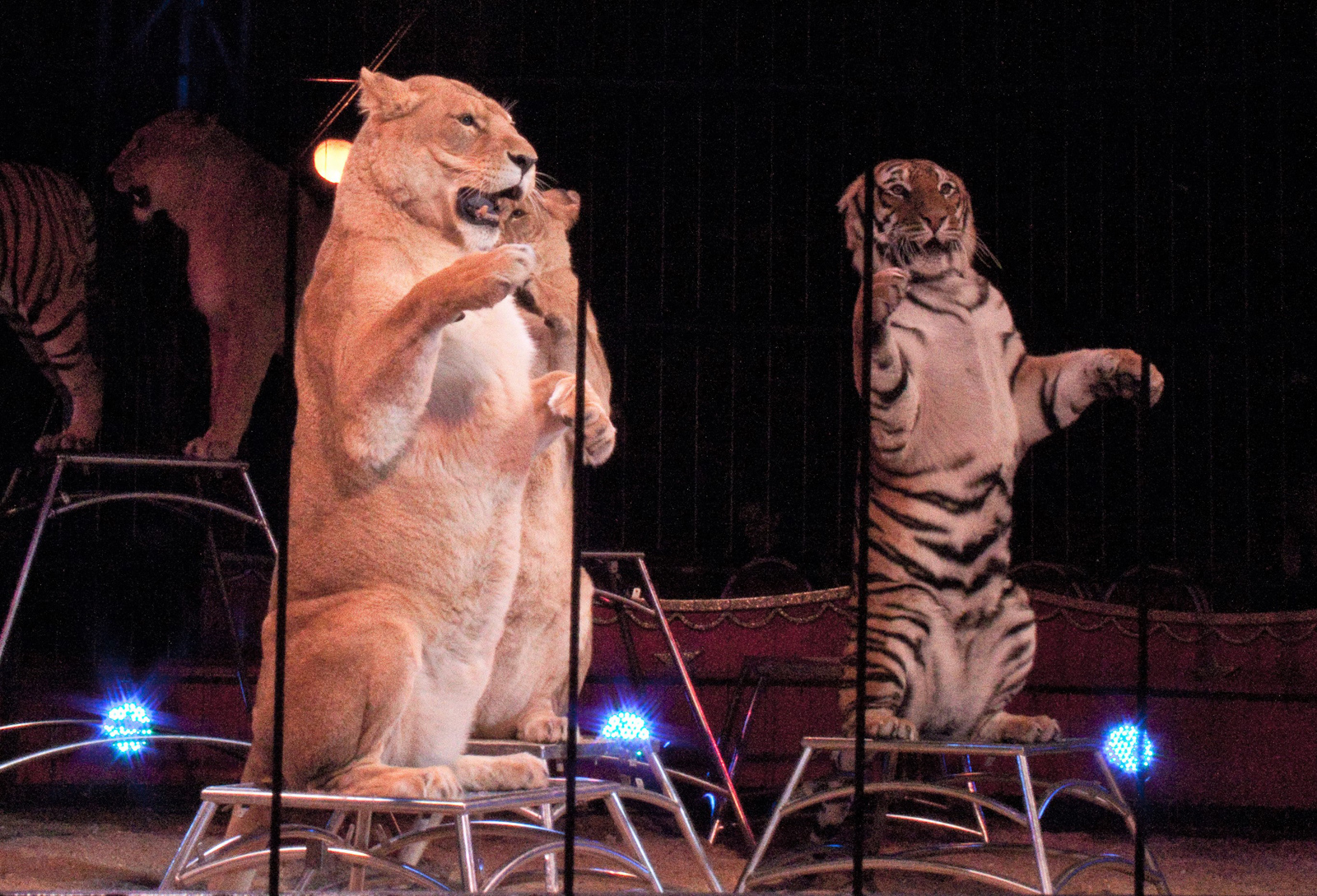 In November 2019, Paris became the latest city in France to ban the use of wild animals in travelling circuses. The ban will come into force by the end of 2020.

There are thought to be 384 local bans in place in France, but no national legislation.

In April 2019, government advisory working groups were set up to investigate the welfare of wild animals in captivity in France, with one examining travelling circuses. Since then, there has been no update on the groups’ progress, but an announcement is anticipated from the Minister for the Environment, Elizabeth Borne. The process has been delayed in part due to the resignation of the previous minister.

There are no official statistics on how many wild animals are exploited in circuses in France, but animal charities in France estimate that there could be about 500 wild animals in use in 158 circuses, including lions, tigers, elephants, hippos, baboons, macaques, snakes, parrots, camels, bears, ostriches and zebra.

Born Free is wholly opposed to the use of wild animals in circuses and considers the practice to be unethical. It also presents serious animal welfare and health and safety concerns. Sadly, we also know first-hand the detrimental impact use in the circus can have on wild animals.

In 2017, we gave Ciam, a cub rescued from a garden in France who may have been bought from a circus, a lifetime home at our big cat sanctuary in South Africa. A year later he was followed by King. Our sources in France tell us it is likely that King originated in a circus, and we expect this was the case for the Lions of Lyon – Horus, Thea, Dadou and Cersei – who we helped in 2019.

That’s why we not only want to give Angela, Bellone, Louga and Saïda a permanent home at our sanctuary, but we also want governments worldwide, including France, to ban the use of wild animals in travelling circuses as soon as they can.