TROPHY HUNTING: IS THE END IN SIGHT?

Over the last three months, we have put the barbaric sport of trophy hunting firmly in our crosshairs with our campaign Ban Trophy Hunting.

We launched a report, Busting the myths, to debunk the claims made by trophy hunters. We laid out our views on why trophy hunting does not benefit local communities, local economies or wildlife conservation. We continued to lobby governments to introduce a ban on the import of hunting trophies.

As always, we’ve been overwhelmed by your unstinting support. As well as your generous donations which will help us campaign for an end to trophy hunting worldwide, hundreds of you signed our trophy hunting petition. We had a huge response on our social media channels, and we are receiving lots of entries for our wildlife photo competition Shoot to Thrill. 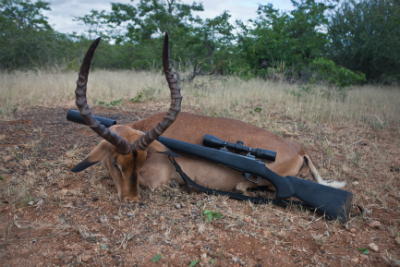 Born Free is opposed to the killing of any animal for sport or pleasure, and we want trophy hunting banned. This is one of our nine working priorities, and we will keep campaigning until trophy hunting is brought to an end.

There’s still time to donate to our Ban Trophy Hunting campaign. You can also enter our Shoot to Thrill wildlife photography competition and sign our petition.