Trophy hunting is unambiguously a global issue. While export countries are responsible for the enforcement of hunting quotas, restricting what species are hunted and which methods of killing are allowed. The trophies’ destination countries also play a key role in aiding the prevalence of a cruel practice by allowing trophy hunters to move their trophies around the world.

CITES (The Convention on the International Trade in Endangered Species of Wild Fauna and Flora), governs, and in some cases prevents, the international trade in products from endangered wildlife, but international regulations often fail to fully protect the most threatened species.

There are estimated to be only 20,000 lions left across Africa. Yet lions are only classified as vulnerable to extinction and are on Appendix II of CITES meaning that products from them can be traded under permits. Yet the demand is ever increasing and half of all trophy imports entering the UK are mounted lion heads. This leaves the species extremely vulnerable to
over-exploitation. 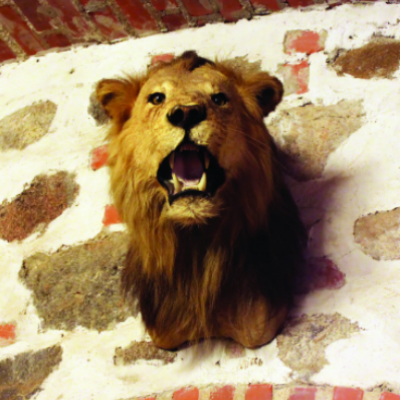 WHOSE RESPONSIBILITY IS IT TO REGULATE TROPHY HUNTING?

The exporting location is arguably targeted most heavily by compassionate conservationists and other opponents of trophy hunting, but importing countries and even commercial entities such as transportation companies and airlines have the power to make significant change too.

When a lion is killed in South Africa, in order for the wealthy hunter to bring its skin or head back home, the trophy will have to cross international borders and will potentially pass through numerous handling and logistics companies.

If airlines and other such entities collaborated to take a stand against the cruel sport and declare they no longer handle trophies – as Delta, United, American Airlines and many others all did following the death of Cecil the lion back in 2015 – the ease with which trophies could be moved around the world would be limited and the demand for ornaments from endangered species would likely diminish.

WHAT CAN THE UK DO TO LIMIT THE DAMAGE OF TROPHY HUNTING?

The UK is a significant destination for hunting trophies. Indeed, the number of trophy hunting imports to the country shows no sign of slowing and has risen dramatically in recent years, even though we are all too aware of the unimaginable suffering the activity causes, as well as the potential detriment to species’ wild populations.

Born Free welcomes Michael Gove’s recent announcement that he will consider ending the issuing of permits allowing trophies to enter the country, and urges the UK to implement more stringent restrictions that would disincentivise hunters by reducing the ease with which they can bring their trophies home to show off in their cabinets or on their mantelpieces. Indeed, France, the Netherlands and Australia have already taken this step for some threatened species.

At the very least, Born Free would encourage the UK to limit the importation of trophies in those circumstances where there is a clear and demonstrable benefit to conservation, and where the animal was killed humanely. We believe this would exclude all trophies from commercial trophy hunts, since trophy hunting is inherently cruel and the claimed benefits to conservation don’t stand up to scrutiny. Hunters may not be expert shots so many animals are shot and wounded. They often use weapons such as bows and arrows, muzzle loaders or handguns, which clearly aren’t designed to minimise the impact on the target animal, and would never be permitted in other circumstances where animals are deliberately killed. Also, hunters covet animals with particular traits which make them more appealing trophies to have, such as the darkest manes or the biggest horns or tusks. These animals are often key individuals within their family groups and wider populations, and their loss can have devastating impacts for the surviving animals and the stability of their social groups.