Events over the last year have clearly demonstrated that the pastime of “trail hunting” is nothing but a “smokescreen” for illegal fox hunting. 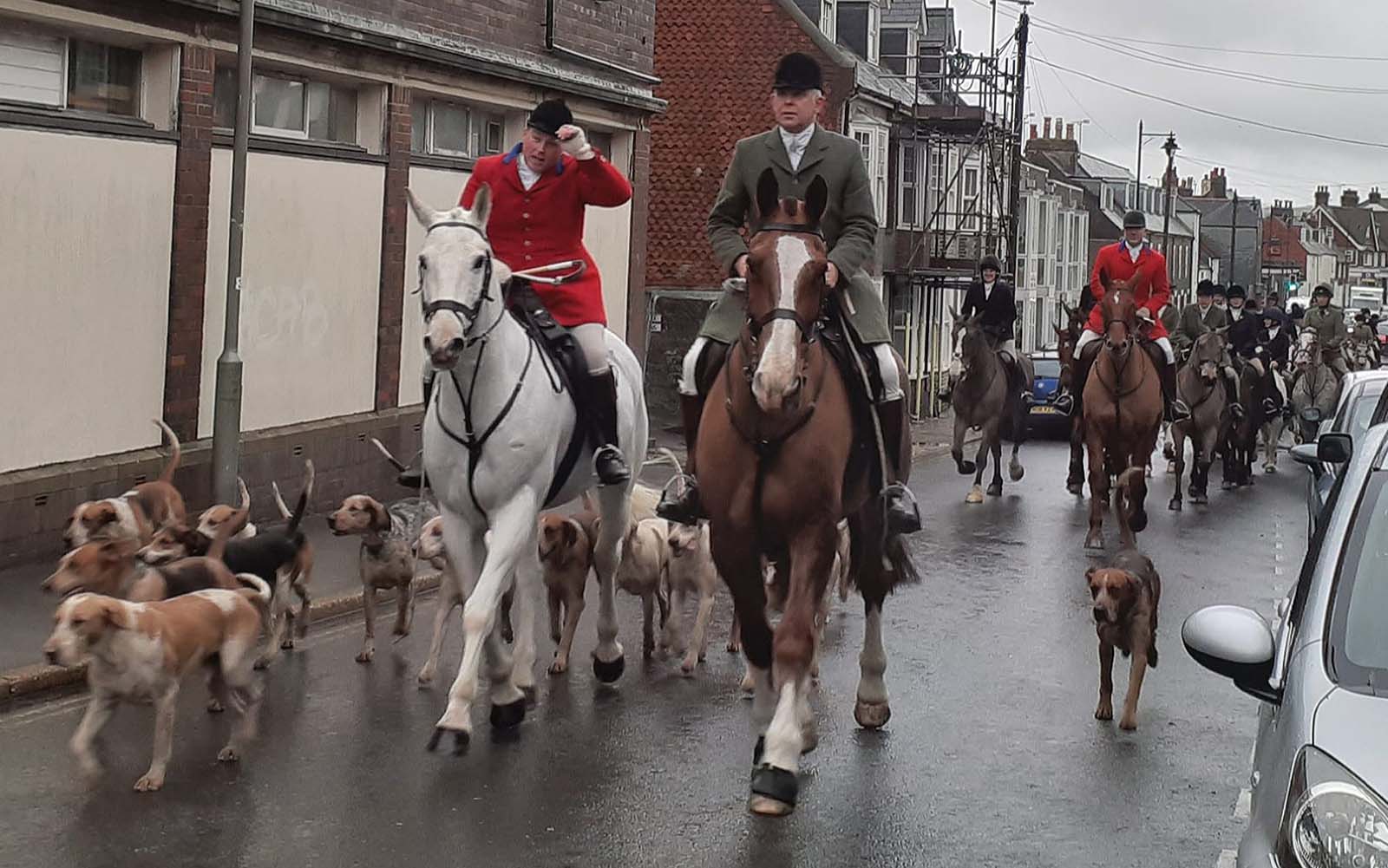 Notably, Mark Hankinson, the director of the Masters of Foxhounds Association, was found guilty of encouraging illegal fox hunting. Unsurprisingly, this led to major landowners, including Cheshire West and Chester Council, taking the decision to ban hunts from their land.

In December, Born Free emailed our concerns to several councils who were allowing their local Hunt to meet in the town centre for Boxing Day. We believe that local councils should not facilitate or assist a practice which inevitably leads to the cruel destruction of wildlife and poses potential risk to family pets.

A representative from Herefordshire Council, who permitted the Ledbury Hunt to meet in their town centre, responded with “this parade is a lawful activity and as such the Council have no grounds to refuse the application... In addition, a road closure is, in fact, the safest course of action given we have been notified of their intention to have a large gathering. As I’m sure you will understand it is safer to have the road closed rather than risk a horse/car related accident.”

One council who did not respond to our inquiry was Lewes District Council, who allowed the Southdown and Eridge Hunt to parade through their town centre without closing the road. Instead, a rolling roadblock was in place.

A member of the Born Free team joined hunt opposition in a personal capacity at the Boxing Day parade on December 27th and was dismayed by the event, the details of which are discussed in their letter to the council below.

As other councils decided not to allow their local Hunt to parade through the town centre this year, I would be grateful if you could tell me the reasons why you did not do the same. I was shocked and appalled at how dangerous the event was.

Locals were forced to walk through live traffic as the pavements were too crowded. I also witnessed individuals expressing their concerns to the police about the impact on their bus route. Not only was the bus stop completely packed with hunt supporters, but the road was too. It appeared that police eventually gave up asking them to stay on the pavement, which of course further disrupted traffic.

Against safety advice, the Hunt took off-lead hounds on the road with live traffic. Sadly, I was not surprised that the Hunt showed complete disregard for the safety of their hounds, but I would have expected the council to have been more responsible and forward thinking.

Unsurprisingly, the behaviour of hunt supporters was disgraceful. I witnessed them throwing cigarettes onto the road, attempt to snatch a protester’s banner and continually verbally assault the hunt opposition. Shortly after the event, I heard that one elderly protester had the camera she used to film the parade stolen by a hunt supporter.

Enabling hunt supporters to gather in such a high concentration during rising levels of coronavirus was also completely irresponsible, and further placed the public and their animals at increased risk for the sake of an objectionable tradition.

I hope that this was the last year you allow the Southdown and Eridge Hunt to parade through the streets of Lewes.

I look forward to your reply.

Yours faithfully,
Staffer at Born Free

Please consider contacting your MP to call for an immediate end to “trail hunting” on government land and to commit to strengthening the Hunting Act 2004. MP contact details can be found here: members.parliament.uk/members/Commons