TONY FITZJOHN OBE: WILL TRAVERS REMEMBERS A LION-HEARTED MAN AND HIS LEGACY

“If you could bottle the spirit of adventure, a passion for wildlife and nature, a relentless determination to succeed against all odds, a rebellious streak, story-telling genius, a quick wit, a mercurial temperament, and a generous heart... you might get close to the essence of Tony Fitzjohn.

"Bill, Virginia and I knew Fitz for nearly 50 years. I met him when I was a teenager and, off and on, he was a presence in my life from day one. We were in touch only a few months ago.

"Initially alongside his mentor George Adamson in Kora, Kenya, then with his beautiful wife and family, and his amazing team in Mkomazi, Tanzania, Fitz was a truly larger than life character whose presence left a lasting impression wherever he went."

Charming and challenging in equal measure, Virginia recalls: “One of my most treasured photographs from the 1970s was taken by Bill at George’s little camp in Kora, a photo of George and Tony and our four children. I remember what an impact he made on us all - this fine young man who was, thankfully, helping George with his challenging mission to return previously captive lions to the wild.

"I also have very special memories of him arriving many years later at my house, out of the blue, on one of his rare visits to England. Joyful moments I recall as if it was yesterday. 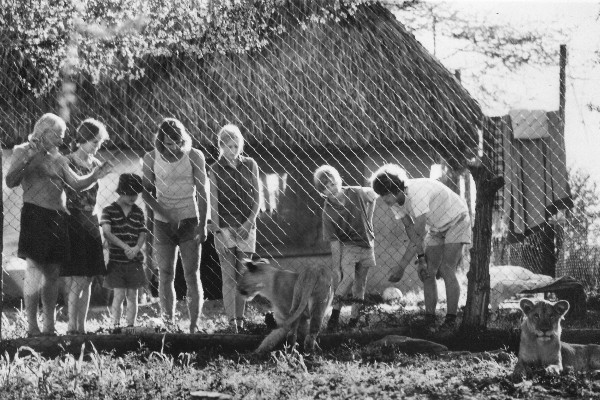 "Tony has gone and we have lost a little bit of the crazy magic that the world needs so badly.” - Will Travers OBE

"My heart goes out to his family.”

Will Travers continues: "Fitz’s legacy? The incredible work of the George Adamson Wildlife Preservation Trust and Wildlife Now; giving a fighting chance to species under threat including rhino and wild dogs; thousands of families served by better health and education services; a vast National Reserve (Mkomazi in northern Tanzania) enshrined as a functional National Park; a host of unforgettable memories and stories, including his autobiography ‘Born Wild’ and a feature film, ‘To Walk With Lions’; a family steeped in compassion; and a global community who mourn his passing and celebrate his life.

"Tony has gone and we have lost a little bit of the crazy magic that the world needs so badly.”