Thanks to your donations and adoptions, Born Free supports the rescue and rehabilitation of orphan brown bear cubs in Russia.

Our expert colleagues at Orphan Bear Rescue Centre (OBRC), based 280 miles northwest of Moscow, have had a busy year caring for vulnerable bear cubs. During this time 13 youngsters, many rescued as newborns, were successfully reared and prepared for life in the wild. Not forgetting Puzha, taken in last year and recently released after overwintering at the centre.

The new cubs were taken in by OBRC from many different regions across Russia, the majority sadly separated from their mothers as a result of logging activities and human activity in the forest. The disturbance can be so severe that, scared from their den, the mother doesn’t return, and the OBRC team step in to rescue the cubs and provide the specialist care they need to survive the harsh winter months.

After graduating from round-the-clock bottle feeds of milk formula, to a diet of porridge and eggs, by spring all the bears rescued this year were ready to be moved to a forest enclosure, a similar natural habitat.

Here, the cubs learned natural foraging behaviours, how to interact with each other and the world around them and, importantly, began to develop a healthy fear of humans. At this stage, to supplement the foraged berries and roots, the bears were fed on highly nutritious meals including fruit and vegetables to ensure they put on the essential weight needed to hibernate by winter.

By September, after six months at OBRC, all 13 bears were examined by the veterinary team and deemed fit, healthy and suitable for release. Release sites were identified close to where each bear was first rescued, and it’s essential that the locations are not close to human settlements, and rich in natural foods and denning sites. The team continues to monitor them closely after release.

OBRC’s wildlife biologist and specialist Katya Pazhetnova said, “We are happy to see 13 bear cubs, rescued as helpless cubs only seven months ago, become mature bears, Each is now capable of surviving in the wild on their own and living in freedom in the forest, where brown bears should be.”

This year, excitingly, OBRC signed an agreement with Altay State Nature Reserve to consult on the creation of a new mini bear rescue centre on the reserve in the Altai Mountains of south Siberia. Under OBRC guidance and following their protocols, this new centre took in, reared, and released three cubs. Wonderful news that their expertise is now helping even more bears!

Support this important work by adopting the Brown Bear Orphans today! Your adoption will help fund their expert care and support their journey back to the wild where they belong. 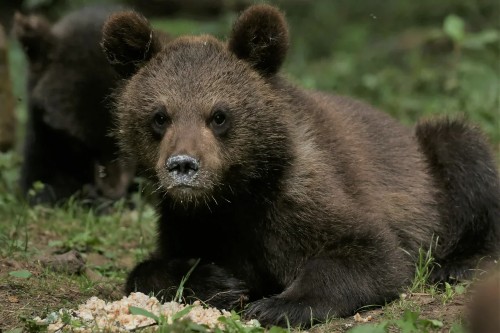 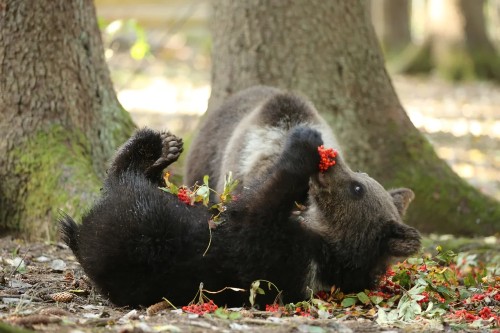 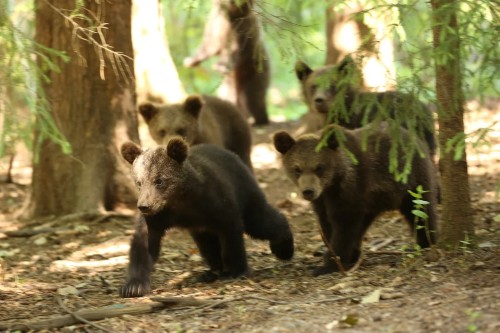