MEET THE LIONS WE'VE HELPED SAVE FROM THE CIRCUS

Since Born Free began back in 1984, banning the use of wild animals in travelling circuses – both here in the UK and around the world – has been a major focus of our campaigning.

Elsa was rescued from a circus in Sardinia in 2014, where she had been kept in a ramshackle truck and slept on a metal floor. Alongside Italian animal welfare organisation Lega Anti Vivisezione (LAV), Born Free transported Elsa to a wildlife sanctuary in northern Italy. Elsa was placed here as a temporary measure, until the lengthy legal case against the circus was concluded. In 2018 Elsa was removed from the terms of the ongoing court case, meaning she could be rehomed permanently. With Elsa, now aged 12, happy and thriving at the sanctuary in Italy, we felt it was in her best interests for her to remain there. She has been successfully introduced to a male lion called Madiba, and the pair get along very well. Born Free continue to support Elsa’s lifetime care. 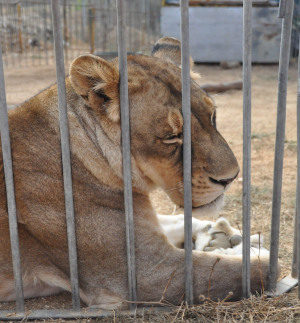 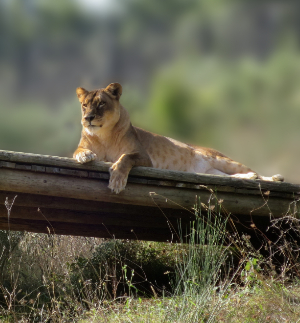 Brothers Jora and Black had been living in a cramped circus trailer in Bulgaria since the country banned wild animal performances in 2015. Their owner was unable to provide them with the space and proper care they needed and we offered them a home at our big cat sanctuary at Shamwari Private Game Reserve, South Africa. They arrived at Shamwari in September 2015, where they enjoy a quiet life, keeping a close eye on the local wildlife outside the perimeter of their enclosure. Now aged 12, the brothers share an extremely close bond and are rarely apart. 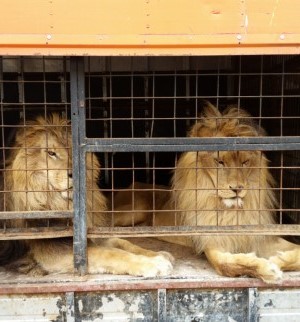 Maggie and Sonja were confiscated from a circus in Germany and rehabilitated at Natuurhulpcentrum, a wildlife rescue centre in Belgium, before moving to their permanent home at Shamwari in January 2015. The sisters, now aged around 14, have since been introduced to male lion Jerryand formed a small pride of their own. Jerry has a reputation as a gentleman and enjoys sitting with the lionesses and affectionately grooming them. The trio also like to roar together in response to the calls of other resident lions at Shamwari. 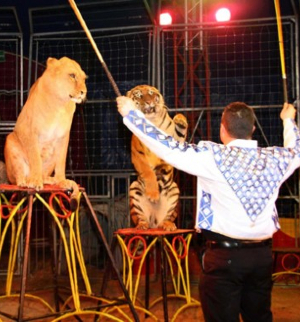 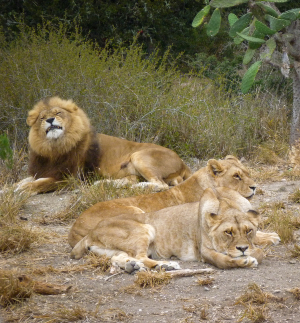 When Brutus was confiscated from a circus in France, he had been confined to a two-metre cage. He was rehabilitated at a wildlife rescue centre, Le Refuge de l’Arche, before we were able to offer him a home at Shamwari in 2008. For many years, he shared his enclosure with two lionesses rescued from an apartment in Romania, sisters Marina and Sarnia, with whom he had a very close bond. After the lionesses passed away, Brutus was successfully introduced to Queen, a beautiful white lioness who had been part of a captive breeding programme before arriving at Shamwari. Brutus and Queen were happy and relaxed in each other’s company up until Queen passed away last year. Now, at 19 years old, Brutus seems to be content with a quiet life, surveying his surroundings and watching the native birds with interest. 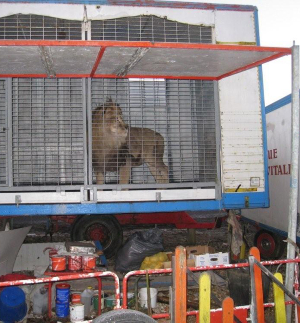 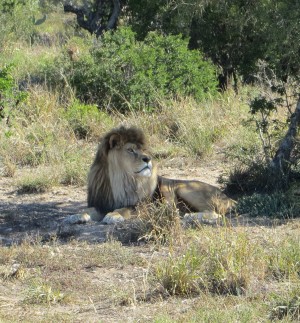 Born Free is wholly opposed to the use of wild animals in circuses and considers the practice to be unethical and incompatible with modern standards of animal welfare.