A SAFE HAVEN FOR SERVALS

Our Rescue Centre In Ethiopia Rescues These Little Cats And Returns Them To The Wild Whenever Possible.

“At Born Free we’re a fan of every feline, from big cats to their little cat cousins,” explains Born Free’s Head of Rescue and Care Maggie Balaskas. “As well as looking after lions and cheetahs, our Ensessa Kotteh wildlife centre, close to capital city Addis Ababa in Ethiopia, rescues servals illegally caught from the wild for the cruel wildlife pet trade. It's a real safe haven for wildlife”

Wadera the serval was a terrified four-month-old when rescued (top right), having been illegally captured from the forest. He was destined to be sold as a pet but recovered thanks to our team’s expert care, growing big and fierce. He underwent a ‘soft release’ in a safe area, gradually getting less food as he learnt to hunt and fend for himself before finally being set free (bottom right).

With long legs, small head and spotted coat, the 60cm serval looks rather like a small cheetah and like them can run like the wind – up to 40mph – before pouncing up to 3.5m to catch their mice and frogs prey. Also known as giraffe cats, their ears are the biggest of all cats compared to their size.

Although exact numbers are unknown, servals are listed Least Concern by the International Union for the Conservation of Nature. But major threats include loss of their wetland and grassland habitats, being killed for their beautiful fur, and kittens being stolen from the wild to be sold as pets. 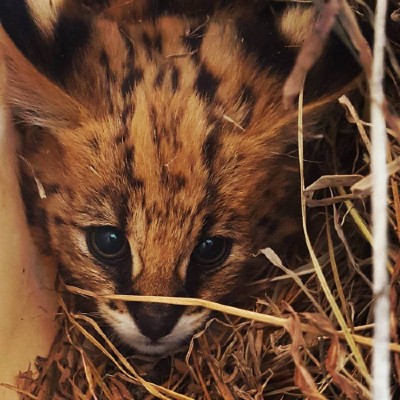 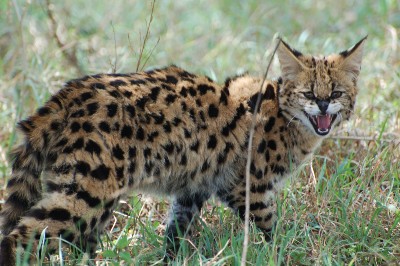