Ear notching gives the rhino a permanent and unique identity which assists in swift identification and ease of monitoring.

A fixed-wing aircraft surveyed the area and helped to spot where the rhino were. The fixed-wing pilot then informed a chopper team - pilot, scientists and vet - of the rhino’s location, who then set out to find them. If a suitable rhino was with other rhinos, the chopper separated them and the vet darted the rhino. The chopper team then told the ground team the location of the darted rhino.

The ground team moved swiftly in search of the rhino. This team helped the darted rhino into a good position and then set about marking the ears and checking its general health. Some rhinos are also fitted with transponders for security purposes. 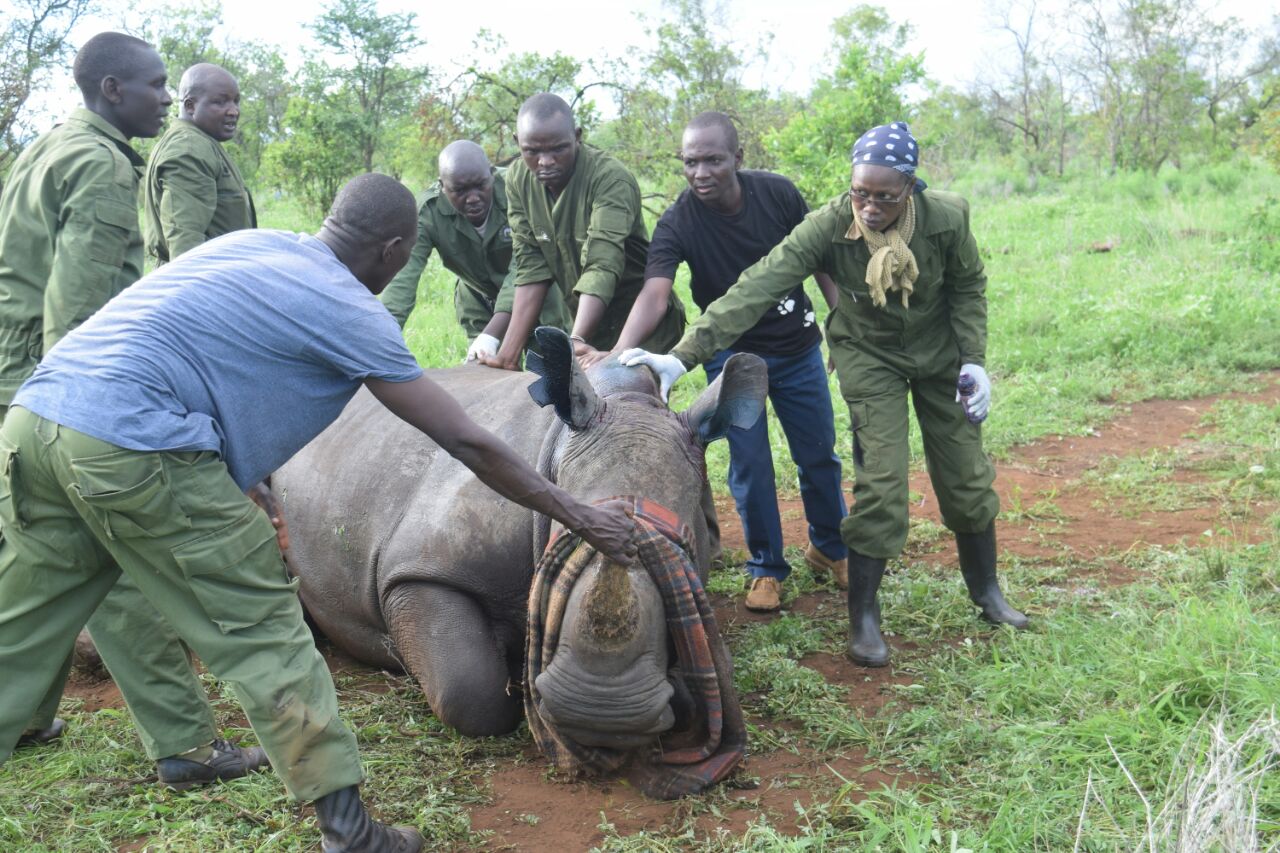 Each operation is fast-paced and everyone involved knows their role. The exercise lasts about 30 minutes from darting to the time the rhino is revived. The notched rhino then usually reunites with his or her crash.
In the early 1980s, all rhinos were wiped out when Meru National Park was overrun by poachers. Other wildlife - like elephants, lions, giraffe and other herbivores - were also affected by the poaching onslaught and disease. The rhino sanctuary was established during a rehabilitation programme from 2000, and a variety of wildlife species were restocked, including rhinos.

Their numbers have been on the rise owing to new births. Today, Meru has more than 100 rhinos.