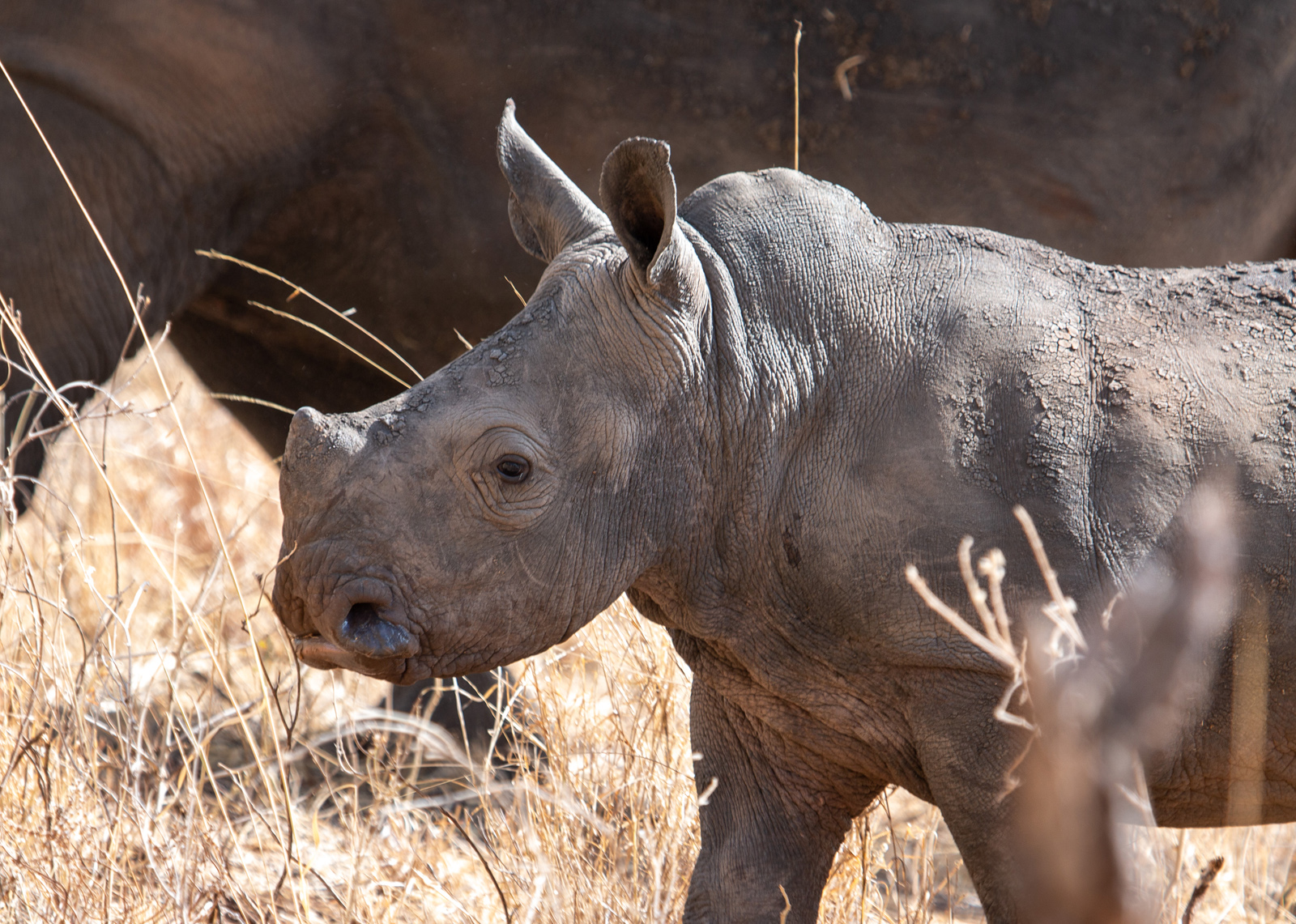 Meru was a former black rhino stronghold. Aerial surveys in 1976 revealed there were 120 black rhino in the park, however, the entire population was wiped out due to poaching in the 1970s and early 1980s. In 2002, KWS launched a massive and ambitious restoration programme which has since seen both black and white rhinos, as well as other mammal species, introduced or re-introduced to the park.

Today, Meru has more than 100 rhinos, protected in a 92km2 sanctuary secured by a perimeter solar-powered electric fence, and several births have been reported. Although there has been an insurgence of poaching in the last few years, the situation is currently under control.

Meru’s rhino play major economic, social and ecological roles locally, nationally and internationally. They are a keystone species because their presence has a strong influence on other species living in the area. They are also a major attraction to tourists and wildlife studies. Due to these enormous benefits and their ranking as a key conservation target, the park’s management has set up dedicated rhino teams to provide 24-hour surveillance and protection to the rhinos. The teams carry out daily monitoring patrols where they not only monitor the rhino, but also collect species information and other ecological monitoring data.

Away from rhinos, Born Free has assisted KWS with animal rescues in Meru. In November 2019, Born Free's Pride of Meru team helped KWS' vet team in treating an injured elephant, which had a big wound on its left hind leg.

In September 2019, a young lion from Elsa’s Pride was rescued by our Pride of Meru team and KWS after becoming entangled in a wire snare. The sub-adult male, known as Mururi Boy 2, was spotted with the snare embedded in his right hind leg by our lion monitoring team.

Despite his injury, Mururi Boy 2 disappeared into the bush. It was three days before the team was able to locate him again and call KWS vet, Dr Rono, to remove the wire. Mururi Boy 2 was successfully sedated and the snare removed.