Timtom is a young orangutan who lives at a soft release centre in Indonesian Borneo, run by the Born Free-supported Orangutan Foundation. 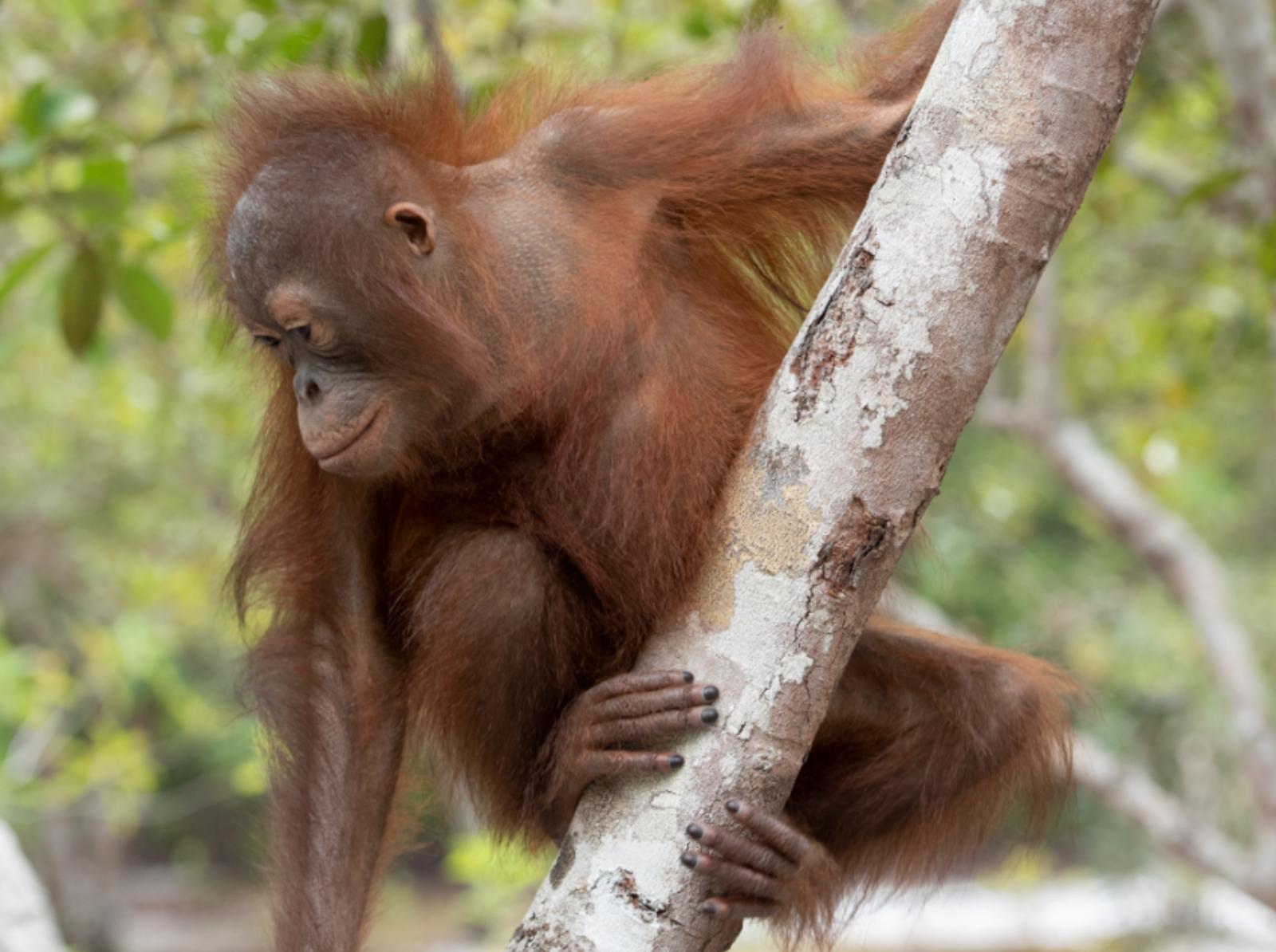 Wild orangutans are under increasing threat from habitat loss, caused by mining, logging, and agricultural expansion. The production of palm oil, which is widely used in the production of food and many household products, is a major cause of deforestation. It is estimated that over the last 30 years, 80% of orangutan habitat has been lost. As their habitat shrinks, orangutan numbers have declined, and all three species are listed as Critically Endangered by the International Union for Conservation of Nature.

Born Free supports the Orangutan Foundation which has worked for over two decades to protect orangutan habitat in Central Kalimantan, Indonesian Borneo. They ensure forests stay protected, create new conservation areas and prevent deforestation, engaging with local communities to support conservation initiatives. They also rescue and reintroduce orangutans to the wild, including infants like Timtom, saved from the trade in wild animals as pets.

Before arriving at the centre aged just nine months old, Timtom had been taken from her mother and sold as a pet. Baby orangutans are usually cared for by their mothers for the first four or five years of their lives, and will often stay within the family unit for another seven or eight years, so Timtom was extremely distressed when she arrived at the sanctuary.

Timtom is the youngest infant to enter the Orangutan Foundation’s soft release programme at Camp JL, one of the Orangutan Foundation’s four release camps in the 158,000-acre Lamandau Wildlife Reserve. When she is old enough and able to look after herself, it is hoped that Timtom can return to the wild, but for the time being, she enjoys the company of other young orangutans at the site.

With specialist care, Timtom is thriving. Her confidence has grown and she is now the most adventurous and cheeky of the group. Her favourite game is to climb halfway up a tree, and then when her carer’s back is turned, drop to the forest floor to roll in the leaves and sand. She loves the water and knows this is a sure-fire way of getting a bath in the river!

Dr Liz Greengrass, Born Free’s Head of Conservation, says: “Habitat loss is the orangutan’s biggest threat. If we fail to protect their forests, we will fail the orangutans.”

Timtom’s story highlights the importance of the Orangutan Foundation’s work to conserve wild orangutan populations and their habitat.

Adopt Timtom to support this vital conservation effort and safeguard the future of orangutans.

ADOPT   SAVE A LIFE   ORANGUTANS