The Giraffe Family is a wild herd of rare West African giraffe who live in Niger, monitored and protected by the Born Free-supported Giraffe Conservation Foundation. 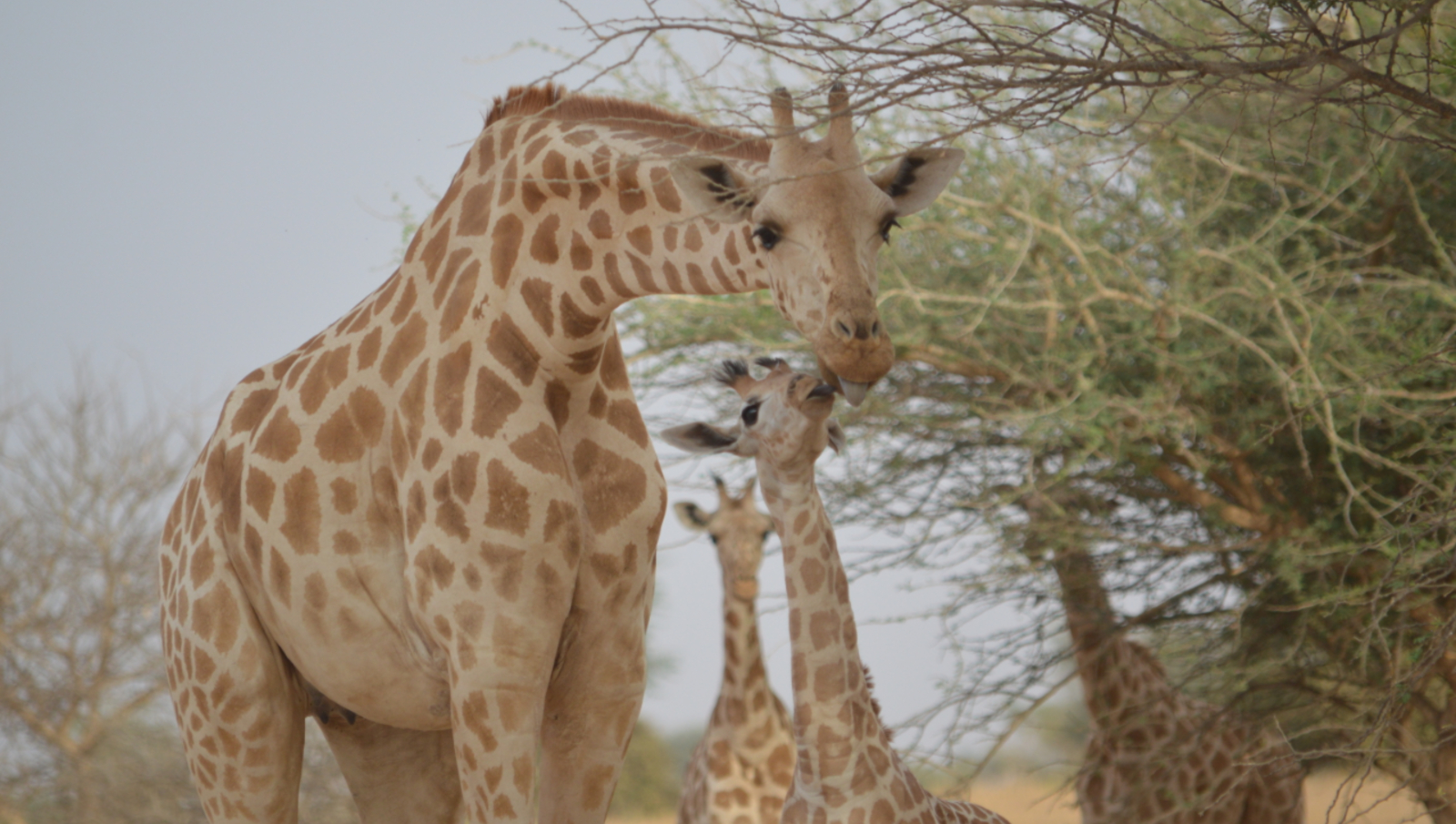 West African giraffe are the rarest sub-species of giraffe in the world. With lighter markings than other species of giraffe, they historically ranged across west and central Africa. But threats including habitat loss and fragmentation due to human population growth, human-wildlife conflict, and tree felling for firewood saw their numbers plummet to just 49 individuals in 1995 and left them confined to a small south west corner of Niger.

However, thanks to concerted conservation efforts by the Giraffe Conservation Foundation (GCF), the government of Niger and Born Free, there are now more than 600 West African giraffe living in Niger.

GCF is the only NGO in the world that focuses exclusively on giraffe conservation. Supported by Born Free, it has been instrumental in ensuring the West African giraffe’s continued survival by providing technical and financial support to the government of Niger, and supporting conservation efforts in the field.

In 2018, it successfully re-introduced eight West African giraffe to the Gadabedji Biosphere Reserve in Niger, after an absence of almost 50 years. This re-introduction will enrich the Gadabedji biodiversity and contribute to increasing community development and support in the region.

Supported by Born Free, GCF is undertaking new activities in the field to further protect The Giraffe Family. For the past two years it has completed a giraffe survey, which provides important data on their movements during the dry season. Each individual is identified and photographed for the database, with newborns added to provide an accurate update on giraffe numbers, which are increasing year-on-year.

Because of conservation efforts like this, West African giraffe have been downlisted to the status of Vulnerable from Endangered by the International Union for the Conservation of Nature.

Emily Neil, Born Free’s Field Conservation Assistant, said: “2019 has been full of exciting and positive news in Niger and we are making important steps towards a brighter future for the conservation of West African giraffes.”

Adopt The Giraffe Family to support this vital conservation effort to safeguard the future of West African giraffes.

ADOPT   SAVE A LIFE   GIRAFFES