The Elephant Family is a wild herd who live in Amboseli National Park, Kenya,  monitored by the Born Free-supported Amboseli Elephant Research Project. 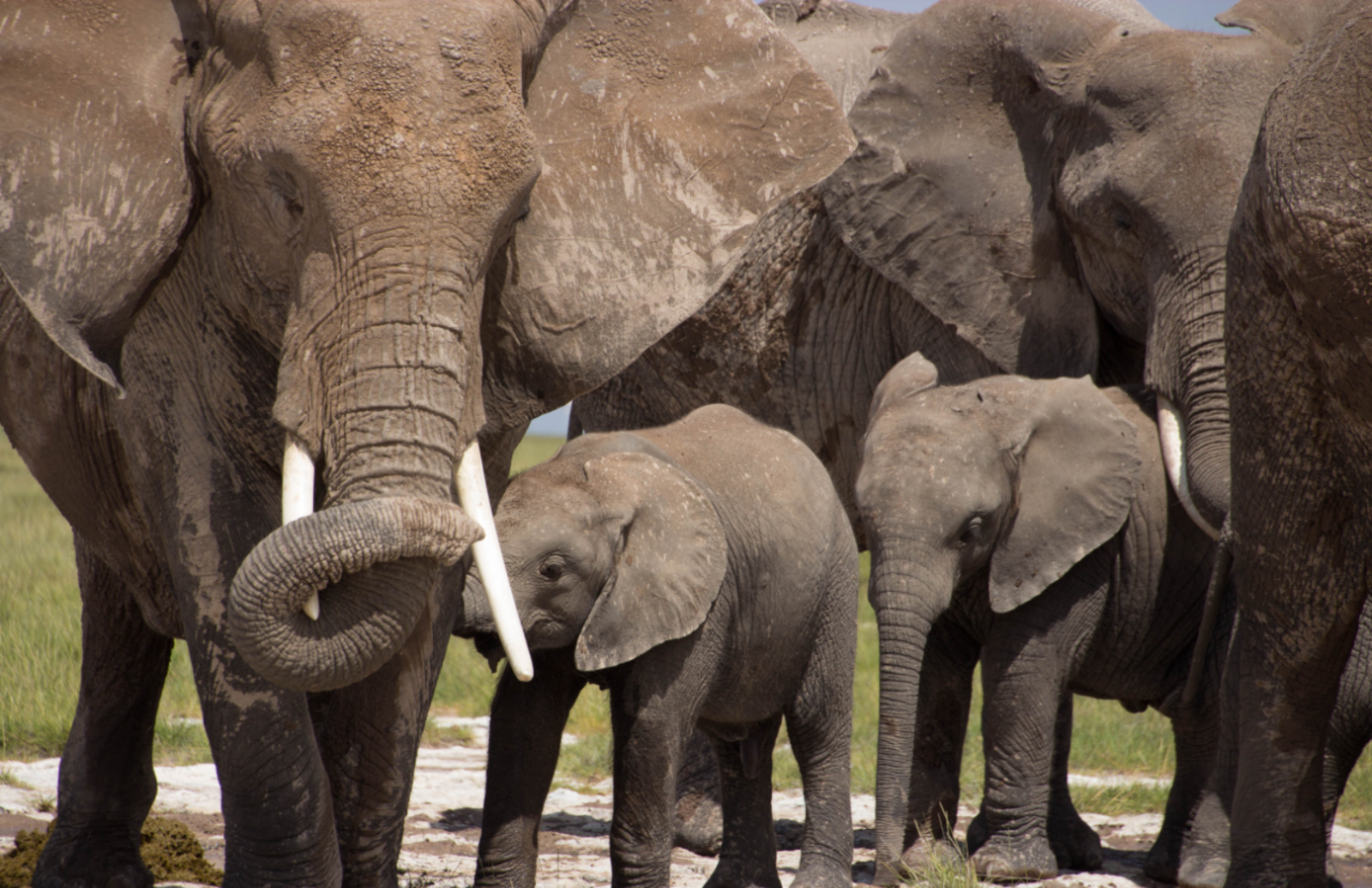 Across sub-Saharan Africa, elephants are at risk of extinction, with the International Union for Conservation of Nature listing them as Vulnerable. Threats include illegal poaching for the ivory trade, trophy hunting, habitat destruction through human population expansion and agriculture, and retaliation attacks for destroying crops.

With support from Born Free, the Amboseli Elephant Research Project studies the social organisation, behaviour, demography and family dynamics of savannah elephants, as well as cognition, communication, genetics and human-elephant interactions. Research gathered has provided valuable insights into the behaviour and intelligence of African elephants that can inform the conservation of the species.

The Elephant Family has been monitored and protected since 1973, when the Amboseli Elephant Research Project – Africa’s longest running study of wild African elephants – first began. They were made famous in 1992 when they featured in the BBC TV documentary Echo of the Elephants.

The family was originally led by matriarch Echo, who sadly died of old age in May 2009, aged 64. However, her family continues to flourish and today has dozens of members who have created three subgroup families of their own. Key individuals include Echo’s sister, Ella, Echo’s daughter, Enid and Echo’s granddaughter, Edwina, who was born in 1982. Edwina and Enid have formed their own subgroups and like to stay around Amboseli where they are often spotted. In contrast, the subgroup led by Ella usually stays in Selengei, to the north of Amboseli.

The family is often described as feisty and independent – a trait thought to have been passed down from Echo – but they are also happy, healthy and living a contented life in the park, which is renowned for its thriving elephant population of more than 1,300 individuals.

Dr Liz Greengrass, Born Free’s Head of Conservation, says: “African elephants play a crucial role in maintaining their ecosystems. They assist with plant dispersal by depositing undigested plant seeds in their dung, and alter the landscape by uprooting trees and digging for water during the dry season. These behaviours can help a variety of other animals survive in harsh environmental conditions, making it even more vital that they are protected.”

The Elephant Family’s story highlights the importance of the Amboseli Elephant Research Project’s work to monitor and protect wild elephants, providing vital information about the species to improve conservation practices and protect them from threats.

Adopt The Elephant Family, to support this vital conservation effort to safeguard the future of African elephants.

ADOPT   SAVE A LIFE   ELEPHANTS   AMBOSELI