Bodo is a moon bear who lives at the Born Free-supported Animals Asia bear sanctuary near Chengdu, in south west China. 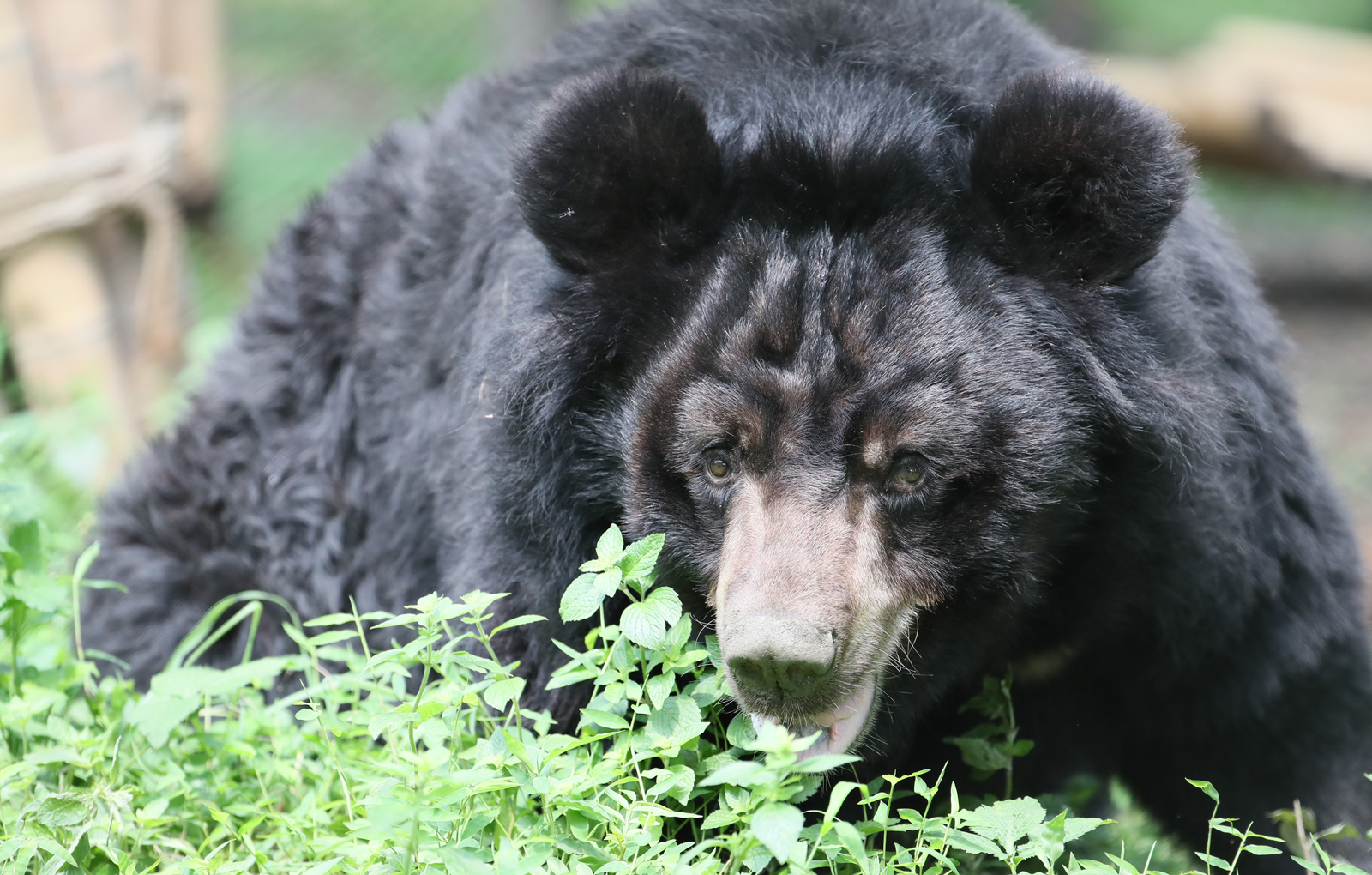 Moon bears are found across southern Asia – from Iran to Japan – in heavily forested hills, mountains and rainforests. But they are threatened by habitat loss and human exploitation. There are thought to be less than 25,000 living in the wild. Because of this, they are classified as Vulnerable by the International Union for Conservation of Nature.

Bodo was rescued from a bear farm when he was less than two years old. Fortunately he was too young to have been ‘milked’ for painful bile extraction. Bear bile is a traditional ingredient in Asian medicine and is extracted from living moon bears. Caught from the wild, the bears are kept in cramped cages, and their teeth and claws removed. It is estimated that there are more than 10,000 moon bears held in farms in horrific conditions in China and Vietnam.

Bodo is missing his front right paw having been caught in a trap in the wild. However, he doesn’t let this disability stop him from doing anything, and enjoys his bamboo forest, pool and climbing frames. He shares a spacious enclosure with several other rescued bears, including his special friend Monkey.

“Bodo is quite close with Monkey, which is fortunate as she tends to follow him around and prefers to eat her evening feed next to him when possible,” explains Maggie Balaskas, Born Free’s Animal Rescue & Care Manager.

“Bodo is extremely playful, more so than almost any other bear at the sanctuary. He frequently plays with George, who is about half his size, and the two love to wrestle on top of the bamboo swing. In fact, they’ve broken it twice as their combined weight is a little too much for the ropes!”

Founded in 1998, Animals Asia works to end the barbaric bear bile trade and abusive animal practices in zoos and safari parks in Asia. It has rescued over 500 bears, caring for them at its award-winning bear sanctuaries in China and Vietnam. Born Free has supported its rescue work for many years.

Help Animals Asia and Born Free continue their work to provide lifetime care for the rescued moon bears in their care by adopting Bodo today.

Bodo was rescued from a bear bile farm where bears are ‘milked’ for bile, used in Asian medicine in November 2003 at a very young age. Thankfully, Bodo was too young to be 'milked'. When he was rescued, he was missing his right front paw. However, this doesn’t stop Bodo!

He now lives at Animals Asia’s China Bear Rescue Centre near Chengdu, supported by Born Free. Your adoption will help fund Bodo’s lifetime care, the care of other bears at the sanctuary, and support other vital work to help protect moon bears.