We welcome news that leading independent brewery and pub retailer has taken this positive step following a joint letter from Born Free and OneKind, and reiterate calls to ban the use of wild animals for exhibition or performance.

Following a collaborative letter from Born Free and OneKind, the Scottish animal welfare organisation, we are pleased to announce that Marston’s has decided to cancel an event which was due to take place on the 14th of February at one of their Chain Runner pubs in Scotland. The event was due to feature wild animals being transported to the pub and used for handling and other entertainment. Born Free welcomes news that Marston’s have taken appropriate action to address our concerns and we thank them for acting accordingly based on the evidence provided to them.

A further letter has been submitted to the Scottish Government calling for them to introduce legislation prohibiting the use of wild animals for exhibition or performance in Scotland.

Born Free’s report, EXHIBITION OR EXPLOITATION? released at the end of 2021, revealed that there are currently over 12,000 vertebrate animals licenced for use in exhibitions and performance across the UK. These animals are non-domesticated and have evolved in complex wild environments, making them unsuited to life in captivity. Their many captivity-associated health and welfare problems are well-evidenced, and they face further welfare compromise when used in exhibition or performance settings. 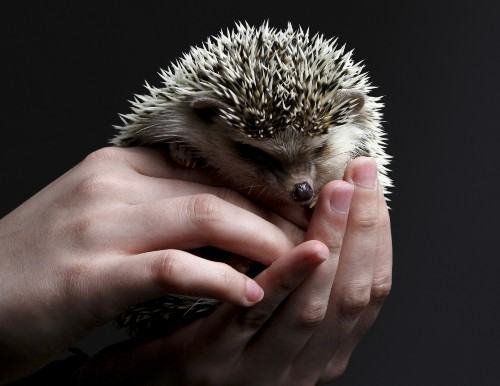 Often kept in unsuitable environments, they are frequently exposed to unfamiliar and unnatural situations, handled by unfamiliar and untrained members of the public, subjected to welfare-compromising husbandry practices to make them more amenable to exhibition and, for nocturnal (active at night) and crepuscular (active at dawn and dusk) animals, required to perform at times of the day when they would naturally be resting. Ultimately, the majority of species used at these events are wild animals, who are naturally unpredictable and potentially dangerous.

Chris Lewis, Born Free's Captivity Research Officer said: "Businesses within Scotland, who offer such animal encounters, operate without the need for a licence and, as such, are largely unregulated. There is no guarantee that the welfare of these animals is met on a day-to-day basis. Sadly, current legislation covering this area in Scotland, the Performing Animals (Regulation) Act 1925, is almost 100 years old!"

We are also asking event organisers, the media industry, venue operators and owners and wider members of the public to pledge not to use or patronise facilities that use wild animals for exhibition or performance. By reducing the demand for these live wild animals to perform, members of the public can play an important role in reducing the scale of this significant welfare issue.