LAND OF THE TIGERS

By Will Travers OBE

The UK’s historic record on living with large, and potentially dangerous wild animals, is dismal.

The last lynx was exterminated here about 1,300 years ago, the last bears a millennium or more, and the wolf was gone by 1760.

In our defence, some say we are a crowded island with relatively little room. Home to just over 67 million human inhabitants and with a population density of 280+ people per square kilometre, they argue that it’s impossible to live with such wild creatures.

However, consider India. There are 1,380,000,000 people living in the sub-continent – that’s a staggering average of 464 people per square kilometre. And yet, despite the pressure such a mass of humanity imposes on wild spaces, natural resources and wildlife, India is home to about 2,700 wild tigers, double the number found in 2004, less than 20 years ago.

That is some achievement – a real sign of hope.

Living with wild tigers is not without its problems and challenges.

With space at a premium, there is always pressure to convert more tiger habitat for human use – forest and savannahs giving way to agriculture, infrastructure, human habitation. There is also the issue of natural prey. Tigers need abundant natural prey and as prey species diminish, conflict with people grows. Predation on livestock can have fatal consequences.

Although trophy hunting - a significant factor in their decline - is no longer a threat, tigers need to be protected from poachers who prize their body parts for use in some forms of Traditional Asian Medicine, as tonics (think tiger-bone wine), and as status symbols.

My late father, Bill, served in the Indian Army in World War Two. He was originally stationed on the Northwest Frontier, along the Afghan border, where so many military adventures across hundreds of years have faltered and failed. He then joined the Gurkhas and was parachuted into the jungles of Malaysia as part of General Wingate’s Long Range Penetration Group to disrupt activities deep behind the Japanese lines.

What must he have felt, a lad raised in the north of England, plunged deep into the jungle in the middle of a war – a jungle alive with many wild species, including tigers? Did he have the chance – even for a moment – to stop and observe the richness of wildlife all around him? Did he ever see a wild tiger? I shall never know. But maybe his love and appreciation for nature had its genesis way back then when, briefly, the noise of war receded, and the sounds and sights of nature were all around him.

I have had my moments with tigers too. In the wild in Ranthambore with my daughter Lily, sitting stock-still on the tiny jeep observing a tigress and her two almost adult cubs lying, half-submerged, in an old, abandoned stone well, luxuriating in the coolness of the water as the heat of the day rippled and shimmered around them. 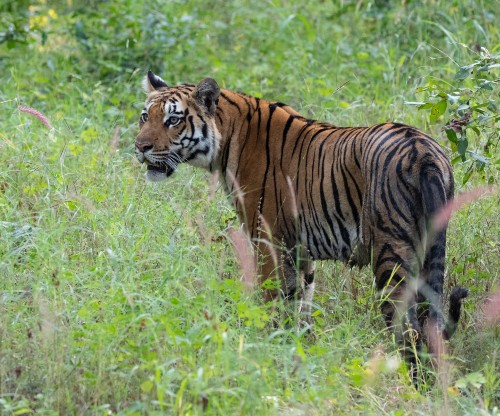 "Born Free celebrates wild animals and the wild, with all its challenges and imperfections." - Will Travers OBE 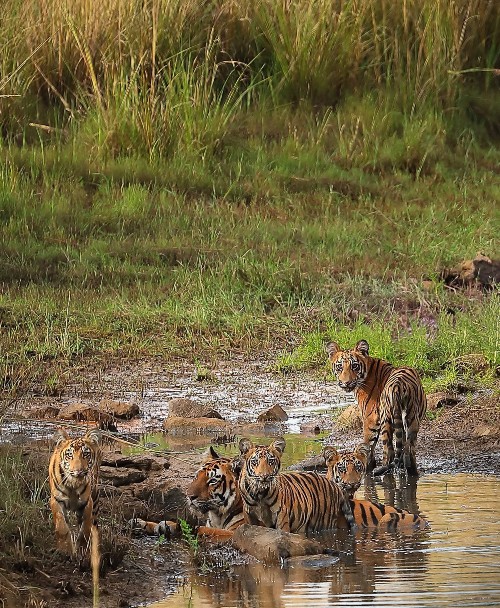 I have also helped Born Free rescue tigers from the brutal, stark, senseless reality of the circus. Six tigers who, on a cold wet morning in northern Italy, were moved by crate into the waiting belly of a plane, to begin a journey that would ultimately end up with them living out the rest of their days in a purpose-built rescue centre in southern India.

Each one of them was magnificent, huge, perfect, not a scratch or scar in sight. How they tolerated living - literally lying on top of each other - in a run-down circus beast wagon I shall never know. Maybe they realised they had no choice. How different it was when, at last, they had space. In no time at all, space became ‘territory’, to be fought for and controlled. The wild animal was always there, just below the surface.

And that is the point really. Born Free celebrates wild animals and the wild, with all its challenges and imperfections. We know that the tigers we rescue from abusive conditions can never be truly free, but they deserve better. We know that protecting and conserving wild tigers is an uphill climb but, together with so many others, the struggle is worth it and is one we shall never shy away from.

Our philosophy is simple: each elephant, lion, pangolin, gorilla, chimpanzee - each tiger – matters and we stand ready to help them in whatever way we can.

With your generous support we will continue to work towards a brighter future for tigers as while there is hope, there is much work that needs to be done. However much you can donate, it will mean so much.