SO YOU THINK YOU KNOW RHINO?

Here are some surprising facts about this ancient species 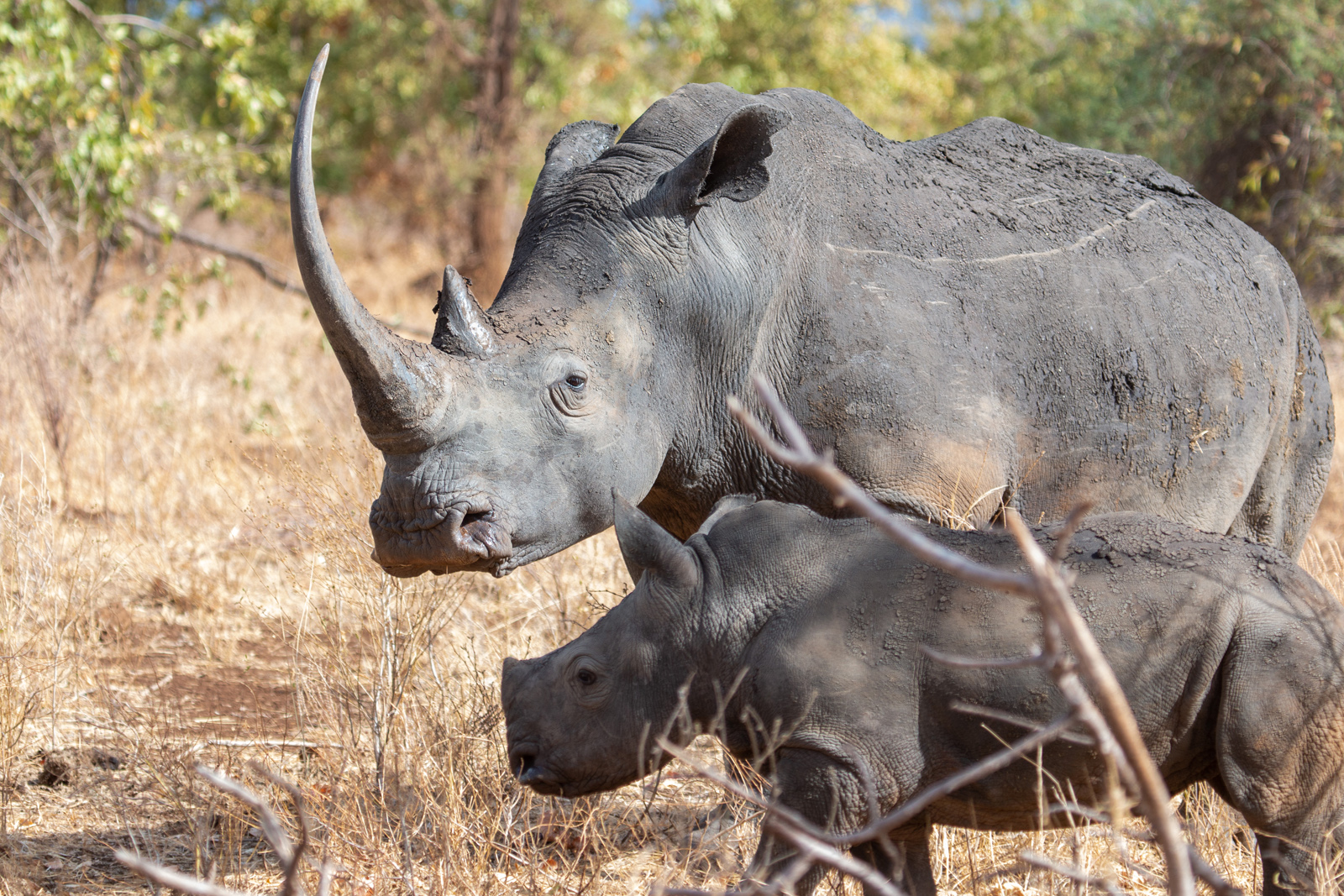 What’s in a name?
The name rhinoceros means ‘nose horn’ and is often shortened to rhino. Their horns are actually made from a protein called keratin, the same substance as human fingernails and hair.

Spanning the continents
Today, there are five different species of rhinoceros, two native to Africa (black and white) and three native to Asia (Indian, Sumatran and Javan). All species are endangered, particularly the Sumatran and Javan, with less than 80 wild individuals each.

Amazing ancestors
Rhinoceros have inhabited Earth for millions of years. Extinct species include the hornless Paraceratherium, one of the largest land mammals to have ever existed, and the two-horned woolly rhinoceros, similar in size to today’s white rhino.

A rapid decline
At the beginning of the 20th century, 500,000 rhinos roamed Africa and Asia, yet by 1970, this figure had dropped to 70,000, according to the World Wildlife Fund. Today, less than 30,000 rhinos remain in the wild. In South Africa, BBC Newsround recently reported three to four rhinos are killed every day, and since 2008, nearly 6,000 rhino have been lost across Africa.

Built for speed
White rhinoceros are generally considered the second largest land mammal, after the elephant. They can weigh up to 2,500kg and stand nearly two metres tall. Despite their size, rhinoceros are very fast runners and the largest animal that can gallop. They can reach top speeds of 40-55kph (25-34mph).

Surprising senses
Rhinoceros have small brains and poor eyesight but good hearing and a well-developed sense of smell – dung is used to mark their territory. They communicate using an extended vocabulary of growls, grunts, squeaks, snorts and bellows.

Grumpy or misunderstood?
A herd of rhinoceros is also called a crash. Rhinos generally live solitary lives but white rhino are more sociable. Black rhinos have a reputation for being ill-tempered and charging, but a BBC Africa documentary observed a group of black rhino at a waterhole displaying their softer side. The footage showed night-time liaisons, with the rhinos socially interacting and being affectionate.

Family matters
Rhinoceros are slow to reproduce. Pregnancy lasts around 16 months and the mother will stay with her calf for two to four years, so it may be five years before she has another. Adult rhinoceros have few wildlife predators, and it’s mainly calves that are targeted. Their biggest threats come from humans and include illegal hunting, poaching and loss of habitat.

A deadly price
Rhino horn is used in some traditional Asian medicine and seen as a status symbol for wealth and success. Its high demand in the Far East means that a kilo of rhino horn is more expensive than gold and diamonds.

Key species
Rhinoceros are a keystone species and play a vital role in maintaining ecosystems and biodiversity. Without them, many experts believe that the ecosystem would be dramatically different or cease to exist altogether. Because of this, rangers widely monitor and guard rhino in key locations.

In Kenya’s Meru National Park, Born Free supports the Kenya Wildlife Service rangers who protect rhino from poachers. The armed rangers patrol block areas and record data such as the date, time, and GPS location. They also track spoors, dung and vegetation damage. If a white rhino is not sighted within three days, a concerted effort is put into finding the animal. Black rhinos are sighted monthly.

When the rangers were asked why they do this dangerous job, one replied: “If we don’t look after rhino, my grandchildren won’t see them. In 10-20 years there could be none. So we are conserving them for now and for the future. I can tell my grandchildren that these are rhino and that I protect them.”

You can help conserve Meru’s rhino and save a life by adopting The Rhino Family today.