The most immediate, critical threat to African elephants, rhinos, apes and other endangered wildlife is large-scale poaching and the organised criminal networks which traffic in these animals.

Wildlife crime, and particularly the illegal wildlife trade, is big business. The illegal wildlife trade is estimated to be worth as much as £15.5bn ($20bn) a year. This multi-billion dollar industry involves organised crime groups who see wildlife as a low risk, high-value commodity, and they are systematically destroying the world’s natural heritage.

“High profit margins, low risk of detection, low rates of conviction, low-level penalties and official collusion and corruption mean that wildlife crime continues to be an attractive prospect for poachers and the criminal networks behind them,” explains Will Travers OBE, Born Free’s President & Co-Founder.

“Wildlife crime is becoming increasingly sophisticated – criminals are using complex technology and weaponry, non-traditional trade routes and increasing levels of violence,” he warns. “Creative accounting methods, shell companies and tax havens are being used to hide the financial profits of this disgusting trade. In addition, rebel militias are using profits from the illegal wildlife trade as a way of funding their campaigns of insecurity.”

Every year, millions of wild animals are brutally shot, trapped, poisoned and mutilated, or kept in appalling conditions and traded by criminal networks that rely on connections to political, military, border point and other facilitating networks to get their ‘product’ from source to market.

Tackling wildlife crime on the ground is therefore a tough and dangerous job. In the last 10 years, 1,000 poachers have lost their lives on the frontline of conservation. And according to the Thin Green Line Foundation, 109 rangers died in the line of duty in the past year.

Born Free works across the world to tackle wildlife crime and the illegal trade in exotic pets, bushmeat, live animal infants, ivory and rhino horn. We also rescue and rehabilitate wild animals in need that have been orphaned or confiscated from the illegal trade. And we have ranger patrols in Kenya and Ethiopia who monitor and protect wild animals.

That is why we want to equip rangers with the ultimate tool to beat the poachers at their own game – Dragon GBT 1170 autogyros! These ‘dragons’ will allow rangers to scope out vast and seemingly inaccessible areas from the sky in minutes.

With your help, we would like to launch the dragons at Shamwari Private Game Reserve, the home of our big cat sanctuaries, in South Africa, and Garamba in the Democratic Republic of Congo. If they prove successful, we plan to deploy more dragons in key areas of Africa, including Kenya, Ethiopia and Zambia.

Will you help us unleash the dragon and fight wildlife crime? 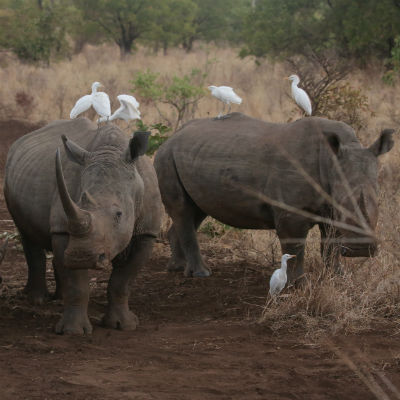