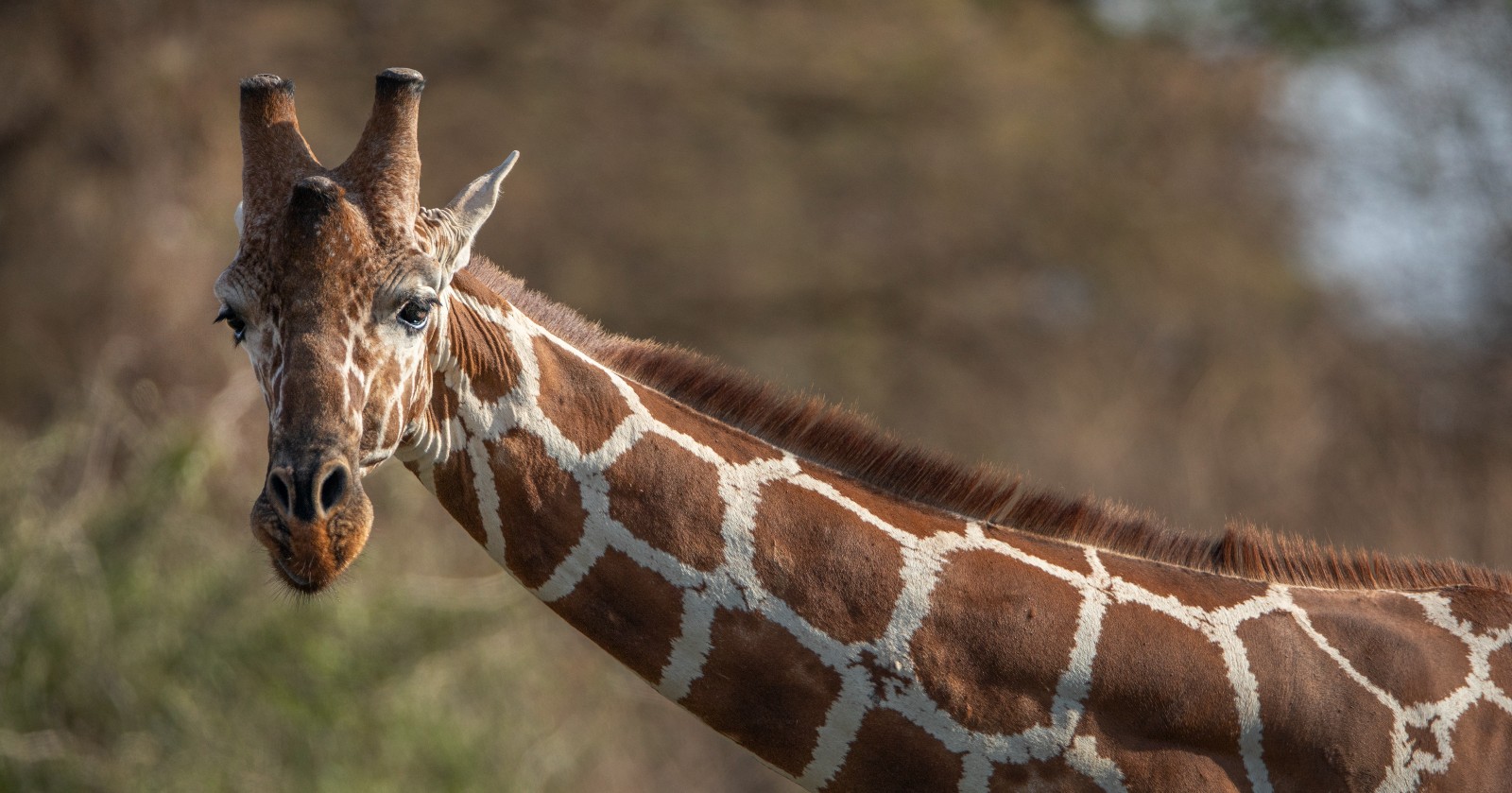 Universally recognisable for their distinctive looks, giraffes also have a vital ecological role to play. These vast vegetarians spend their days feasting on acacia trees, opening up the habitat and allowing new plants and vegetation to flourish on the ground below, then dispersing the seeds to stem the tide of desertification.

They also possess the world’s longest legs, measuring around 6ft in height – taller than many humans! In fact, there are many surprising and unique facts about giraffes…

Sadly, giraffe numbers have plummeted by a staggering 40% in the last three decades. Habitat loss through expanding agriculture, human-wildlife conflict, civil unrest, and poaching for their meat, pelts, and tails, are among the reasons for the decline.

In Meru Conservation Area, our charity’s heartland, and home to nearly 10% of the entire population of reticulated giraffes, we are working to monitor, study and protect this fascinating species. We can identify individual families and mitigate the threats they face. We can work with local communities to increase awareness and resolve possible conflicts.

We can train a local Twiga Team to patrol Meru and remove snares. We can protect the savannah habitat and revive degraded areas.

Please support our Save Africa’s Giants appeal today, to help protect this fascinating species for generations to come.