GIRAFFES SIMPLY DON’T BELONG IN ZOOS – NO WILD ANIMALS DO! 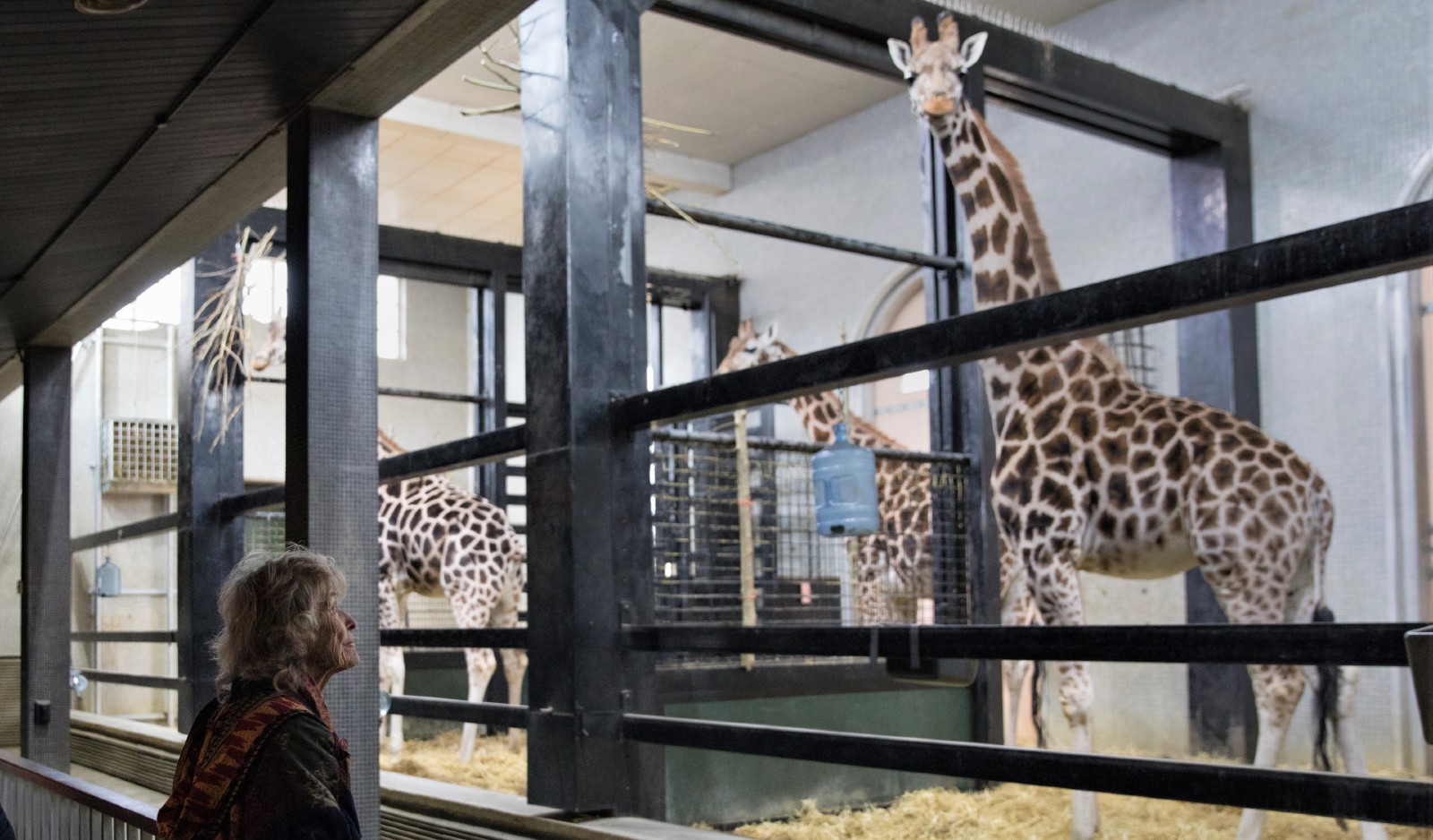 This World Giraffe Day also marks the deadline for responses to the consultation on the new Standards of Modern Zoo Practice for Great Britain, standards which all licensed zoos will have to meet in future. On this day, Born Free is reiterating its call for the keeping of species that clearly do not thrive in captivity to be phased out, beginning with giraffes and elephants.

Born Free’s Captivity Research Officer, Chris Lewis, said: “From the very beginning, Born Free has challenged the conservation, education and animal welfare credentials of the global zoo industry, and we continue to lead the movement against the captive exploitation of wild animals. We support changes to animal welfare legislation that directly improve the lives of wild animals in zoos, while encouraging an informed public to direct their support away from perpetuating the keeping of wild animals in zoos, and instead towards protecting them in their natural habitats.

"We welcome the opportunity to comment on the proposed draft Standards to strengthen conservation, education, research and animal welfare standards in British zoos.”

Last month, we launched our ground-breaking report Elephants in Zoos: A Legacy of Shame, exposing the true extent of the suffering experienced by elephants in zoos across Europe, including here in the UK. Captive elephants suffer dramatically shortened life expectancies, a multitude of health problems, are forced to live in enclosures which are orders of magnitude smaller than their natural habitats, and are not able to participate in the rich social and behavioural norms of their species. That’s why Born Free is, once again, reiterating its call for the keeping of elephants in zoos to be phased out, with all due consideration for the welfare of the remaining elephants.

We welcome the proposed revisions in the zoo Standards to the conservation measures zoos should be achieving, which represent a significant improvement on existing requirements. Our research has shown that current conservation claims by the zoo industry are overstated, and that only a tiny proportion of zoos conduct meaningful conservation activities. Our Conservation or Collection report highlighted how the majority of species kept by even the UK’s largest charitable zoos are not threatened with extinction in the wild, and of those that are, captive breeding as a conservation strategy is recommended for only a small proportion. Indeed, the reintroduction of zoo-bred animals to the wild is currently the conservation action undertaken by the fewest zoos in the UK.

We are disappointed that the revised standards do not impose any minimum requirement for the financial contribution zoos are expected to make to in situ conservation. Research suggests that the public expects that approximately 25% of zoo revenue is directed towards conservation, when the reality is that the contribution is typically just 4-6% as highlighted in our Financing Conservation or Funding Captivity report. The conservation activities of zoos need to demonstrably benefit animals in the wild and zoos should not maintain captive populations simply for public entertainment.

In our response to the consultation, we have also voiced our support for the proposed phasing out of tethering birds and touch pools, the end to the use of live vertebrates as food for zoo animals, the end to the use of the bullhook and “free contact” management practices for elephants, as well as the requirement for all animals in zoos to have an active programme of enrichment. In some areas, we have urged DEFRA to revise the transition period, for example bringing the use of the bullhook to an end sooner than 2030.

We will continue to investigate, expose and challenge the animal welfare standards found in zoos and their conservation and education claims. 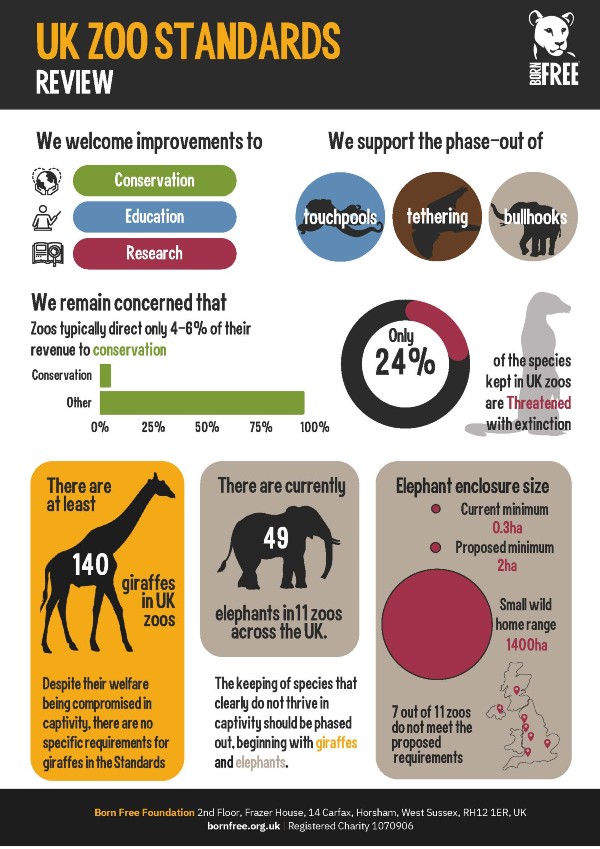 World Giraffe Day is an annual event used to create awareness of the challenges facing wild giraffes. However, the challenges faced by captive giraffes may be less well understood. As highlighted in our recent Confined Giants report, giraffes suffer physically and psychologically in captivity. Common issues in European zoos include social deprivation, environmental restrictions, inadequate nutrition, compromised health and zoochotic (unproductive repetitive) behaviours. With UK zoos housing at least 140 giraffes, Born Free is urging the Government to encourage and, if necessary, legislate for a phase-out, and for zoos to direct funding towards protecting giraffes in the wild, instead of spending money on the continued expansion of captive giraffe collections.