MEET THE LIONS WITH CONNECTIONS TO CIRCUSES IN FRANCE

In the last three years alone, Born Free has rehomed six lions with connections to circuses in France, and we have four more waiting to be relocated to our big cat sanctuary in South Africa.

In recent years, Born Free has been asked to assist with rehoming the growing number of wild animals being rescued in France by our partner organisations, and we are asking the French government to introduce a national ban on the use of wild animals in travelling circuses. 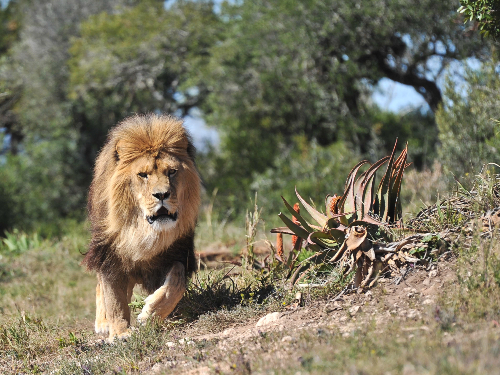 Brutus was confiscated from a circus in France, where he had been confined to a two-metre cage. He was rehabilitated at a wildlife rescue centre, Le Refuge de l’Arche, before being given a permanent home at our big cat sanctuary in Shamwari Game Reserve in South Africa in 2008.

For many years, he shared his enclosure with two lionesses, with whom he had a very close bond, but sadly they have passed away. Now, aged 19 years old, he is content with a quiet life and enjoys surveying his surroundings and watching the native birds with interest. 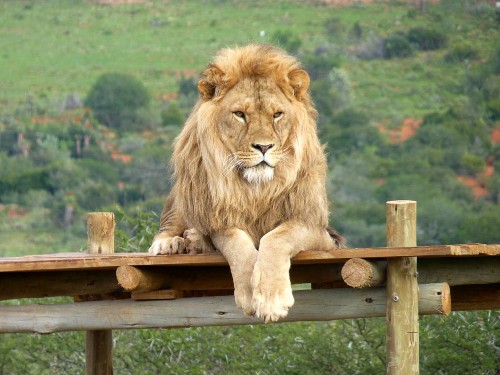 Ciam made international headlines in November 2015 when he was confiscated from a cage in a garden in southern France. Kept illegally as a pet, Ciam had reportedly lived in the cage for seven months after his owner received him from a friend who worked in a circus. Ciam was rehabilitated at Natuurhulpcentrum, a wildlife rescue centre in Belgium, before making the journey to Shamwari in May 2017.

Ciam is a large lion, with huge paws and a beautiful thick mane. His favourite spot is on top of his platform, where he likes to sit and observe his surroundings. When it gets hot he likes to lie under a shady tree next to his water trough. Ciam will be six years old in September. 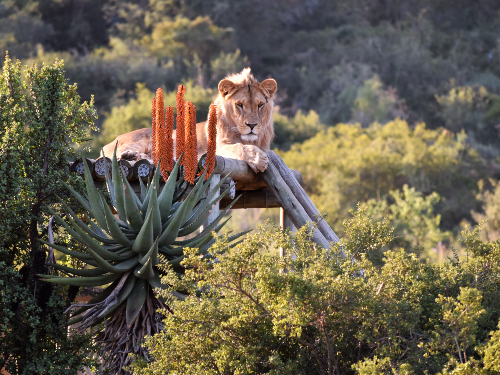 King was rescued from an apartment on the outskirts of Paris, where he was being kept illegally as a pet and living in a small, dirty cage. It is likely that King was bred in a circus in France. As a cub, he was beaten and kicked by his owner, who posted images of the abuse on social media. Fortunately, he was rescued by charities, Fondation 30 Million d’Amis and Refuge de l’Arche, and rehabilitated at Natuurhulpcentrum, a wildlife rescue centre in Belgium, before arriving at Shamwari in July 2018.

King is very playful and interested in everything going on around him. At nearly three years old, he is starting to find his adult voice and has become very vocal. 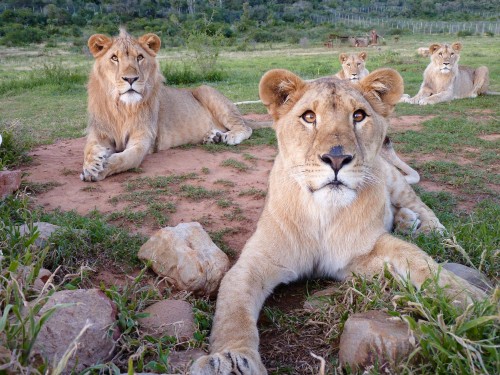 We do not know where these four lions originally came from, but we believe they were likely to have been bred and traded by the circus industry. They were believed to have been taken from their mothers before they were weaned to be traded illegally as pets. Each cub was found in a different location across France at just a few months old. Horus was discovered on a child’s bed, Dadou in the back of a Lamborghini, Cersei in a garage and Thea was surrendered by her owner. Cersei and Thea were both very poorly when found. This young pride was nursed back to health by our colleagues at Tonga Terre d'Accueil, a wildlife rescue centre in Lyon, before arriving at Shamwari in October 2019. The youngsters have formed a strong bond, adapted well to their new environment and their individual personalities are starting to show.

Bellone, Saïda, Angela and Louga were surrendered by a circus in France and are living in temporary accommodation at Tonga Terre d'Accueil in Lyon. When we are able to move them, they will be given a permanent home at our big cat sanctuary at Shamwari Private Game Reserve in South Africa, where they will receive lifetime care in a safe and peaceful environment. 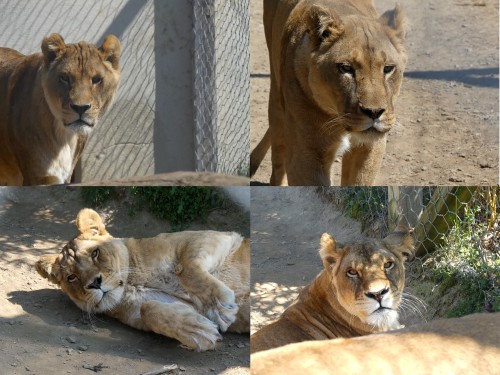