Why is Born Free’s Tigers In Crisis appeal so important to you, Virginia?

I have always had a fascination with tigers. I find it repellent to see them in captivity, particularly in circuses. I thank God that in the UK we don’t have wild animals in circuses anymore but that took many years to achieve. It is so horrific seeing tigers in captivity, being exploited, stared at and mocked, sometimes in terrible concrete pens, that we have to cheer ourselves up in some way by thinking of them in the wild, thinking of them in nature where they truly belong. And that’s what this campaign is all about.

Tigers are also very important to all of us at Born Free, because 34 years ago we rescued six beautiful tigers from a circus in Kent – our very first wild animal rescue!

Six tigers! Can you tell us more about how the rescue came about?

Yes, 34 years ago, when Born Free was known as Zoo Check, we were told about a circus in Kent that had six tigers held in a beast wagon. The circus made these tigers perform in some way for the visitors.

But the circus was very run down, it had been closed down by the local council and we were asked if we could help. It was the most wonderful request, because of course we wanted to help. At that time we had a sanctuary in Kent for big cats and so these six tigers came to stay at the sanctuary until something even more wonderful happened…

Did the tigers remain in Kent?

I was about to go to Zanskar in North West India to do a trek called The World At Your Feet. The trek was being filmed and, having seen these rescued tigers at our sanctuary in Kent, I asked the Indian producer of the film, Mr Hegde, if he could help in some way, if he could recommend somewhere in India, a sanctuary for these tigers to go to. And do you know what he said? He said: “In my state, which I am Governor of in India, I have an area of land where you could create a sanctuary for your tigers.” It was a dream come true, it really was!

What an amazing coincidence! Were you able to get them back to India?

It must have been wonderful to see them exploring their new, natural surroundings?

It was magic. It was several acres and it was wild bush, fenced in of course, very safe, nice night quarters. And here they were in India, in their natural home, in a natural environment and they had a life worth living.

Over the years of course they died, one by one and then we were asked to leave that sanctuary and they gave us another area where we had a rescue centre, which still exists actually, and the surviving tiger went there and lived out the rest of his life. Not quite as big an area as the first one but nevertheless it wasn’t a beast wagon. And that’s all we cared about. 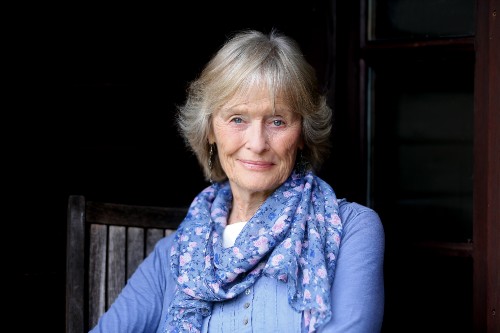 "Tigers are very important to all of us at Born Free, because 34 years ago we rescued six beautiful tigers from a circus in Kent – our very first wild animal rescue!" 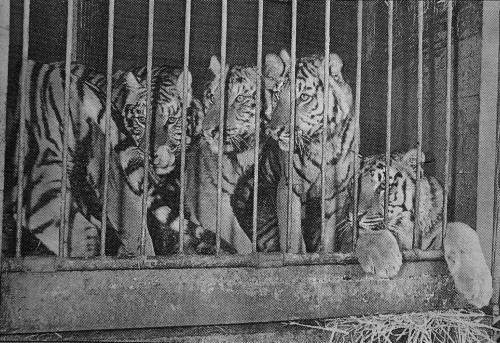 "And here they were in India, in their natural home, in a natural environment and they had a life worth living." 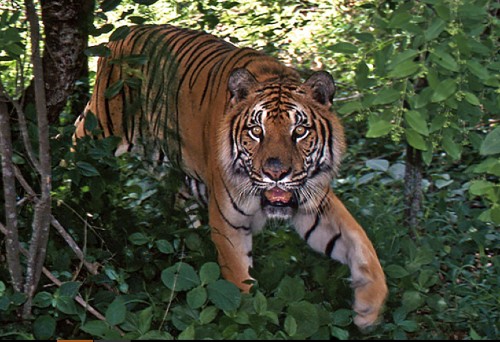