THE CONTINUED ABANDONMENT AND ESCAPE OF EXOTIC PETS ACROSS GREAT BRITAIN

Born Free is shocked and saddened to see reports in the last two weeks of reticulated pythons being found in the Cambridgeshire countryside on two separate occasions. The snakes, both of which were reported to have been 10 foot in length, either escaped or were abandoned by their owners.

Sadly, these are not isolated cases. Since the start of 2021, there have been at least 25 news stories of escaped or abandoned snakes within Great Britain! From Greenock in the north to Exeter in the south and in places such as Leeds, Merseyside and Portsmouth in between, these concerning stories continue to emerge year after year.

Despite their size and strength, the large constrictor snakes for sale online, at reptile markets and in pet shops across the country are not included within the Dangerous Wild Animals Act 1976, and as such no licence is required to keep them, even though they are categorised under zoo legislation as being likely to cause severe injury or pose a severe threat to life.
Over recent years, escapes of marmosets in Oxfordshire, wallabies in Cornwall, savannah cats in Bristol and raccoon dogs in Nottinghamshire have all been reported. The chance that escaped raccoon dogs could establish themselves in the British countryside in the coming decade is considered high, and if it came about there could be devastating consequences for our native wildlife. Because of this the species is listed on The Invasive Species (Enforcement and Permitting) Order 2019. 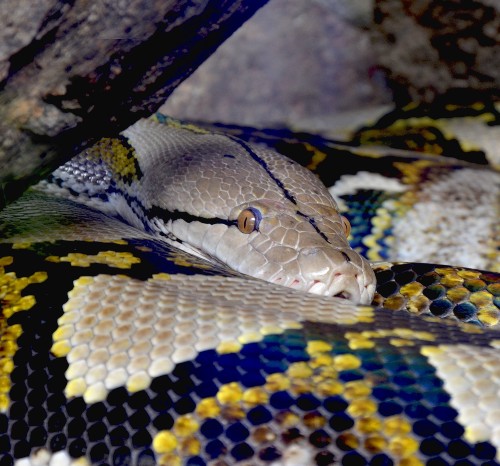 "Since the start of 2021, there have been at least 25 news stories of escaped or abandoned snakes within Great Britain."

Whilst these animals were thankfully either rescued or returned to their owners, it is feared many others are never found and probably succumb to their inability to find food or cope with our temperate climate before being rescued. There are also concerns for the fate of numerous exotic pets that are likely to have been purchased spontaneously during lockdown by those inexpert in their care or who no longer want them.

Unfortunately, almost any species of wild animal can be kept as a pet within Great Britain provided national and international legislative requirements are met. Consequently, the number and range of wild animals kept as exotic pets has escalated considerably over recent decades. Furthermore, with the exception of a small minority of species, there is no way of accurately determining how many exotic pets are being kept across Great Britain. This issue has been highlighted by recent proposals to tackle the keeping of primates as pets in England. Whilst those wild animals which either escape their confinement or are abandoned are clearly at risk of suffering considerably, serious welfare concerns also apply to those which continue to be kept as exotic pets. Born Free believes that it is often not possible to meet the complex needs of wild animals in a domestic environment; plus, in many cases we don’t yet understand the complex needs of species that are traded as pets. This issue is further exacerbated by the sheer variety of species available to purchase within Great Britain today.

Born Free has consistently lobbied for the laws on the private keeping of Dangerous Wild Animals to be reviewed and reformed. Please support us by signing our petition.

Please also look out for our major new report produced in collaboration with the RSPCA. The report will examine the wider exotic pet trade in the UK, including its scale and the associated risks, whilst also offering potential future solutions.