Born Free’s Pride of Meru programme is working to protect a critical lion population in Meru National Park, Kenya. An estimated 60-80 lions live in Meru, which our field team has been following since 2014.  Meet the lions of Meru... 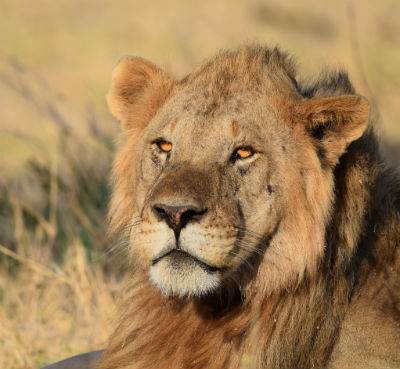 Elsa’s Pride is one of the most frequently sighted groups in Meru National Park. They are an adventurous group, with an unusual penchant for climbing trees. They spend a lot of time around Elsa’s Kopje in the heart of Meru – once the original campsite of conservationists George and Joy Adamson where they taught the famous Elsa the lioness to be free and wild. The pride is large, with approximately 14 individuals and led by three core females Elsa, Makena and Liz.

Mfalme is a majestic dark-maned lion and sired the cubs in Elsa's Pride. He defended his extensive territory ferociously, and at one stage controlled two prides, making him a formidable lion. However, in a dramatic twist in June 2019, Solio and Mang’erete, two younger males who formed a strong coalition, ousted Mfalme and took over Elsa’s Pride. Mfalme’s fall from power was a shock. Since then, Solio, who is the only translocated male that has successfully settled in Meru, has been seen mating with Elsa, Makena and Liz, which will hopefully result in a new generation of cubs. 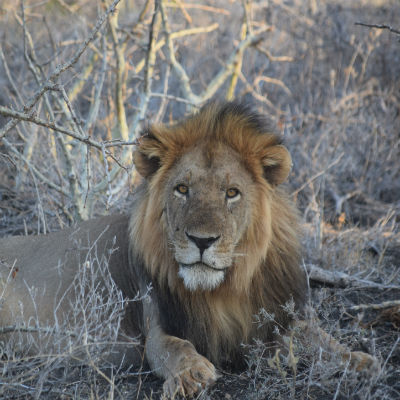 Mulika Pride is the biggest family group in Meru. Numbering over 15 individuals, the pride frequents the Mulika plains, swamp and airstrip and continues to grow, with two more cubs born in 2019. The notorious Mfalme ousted Simon in 2017, the previous territorial pride male, around the same time as taking leadership of Elsa’s Pride.

Simon was lucky to escape, and suffered major wounds which necessitated treatment by the Kenya Wildlife Service vet. Eventually his wounds healed, but Simon has eluded everyone since 2017. The team thinks he may have slunk off to another reserve, keen to establish his own territory after his defeat.

Mfalme continues to control Mulika Pride, even after his defeat against Solio for Elsa’s Pride. 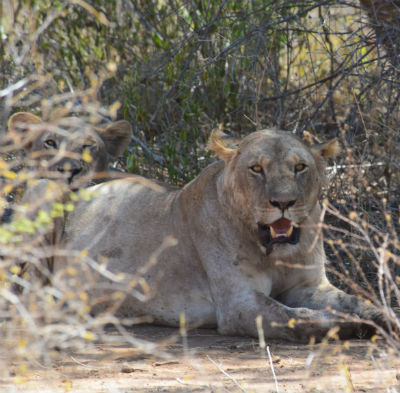 Mfalme’s connections run deep. In 2012, two young females were translocated into Meru from Nairobi National Park. They quickly settled into life in Meru, exploring new areas, practicing hunting and consorting with Mfalme. In 2017, the females were seen with four male cubs, which, unsurprisingly, were likely sired by Mfalme. Unfortunately, 18 months later, one of the females was missing and the other was found dead, due to a deep wound inflicted by a buffalo she was hunting. The cubs were forced to fend for themselves. Luckily, they were just old enough to survive.

Since then, the young males, nicknamed the NB coalition, have formed a mighty coalition, successfully mastering the art of bringing down massive prey and exploring the potential to take over pride territories. In March 2019, the NB coalition battled with Mfalme, their father, in the heart of his territory. They lost. But these young males will soon be in their prime and will likely form a serious threat to the likes of Mfalme.

The dynamics of each pride or group are incredibly complex and our team has a hard job of keeping track of them all! As the population grows, their lives will become ever more dramatic in the wild and free lands of Meru.