There’s something special about elephants and, with your support, Born Free is working to stop ivory poaching and find solutions if elephants come into conflict with people through our Save Africa's Giants appeal. 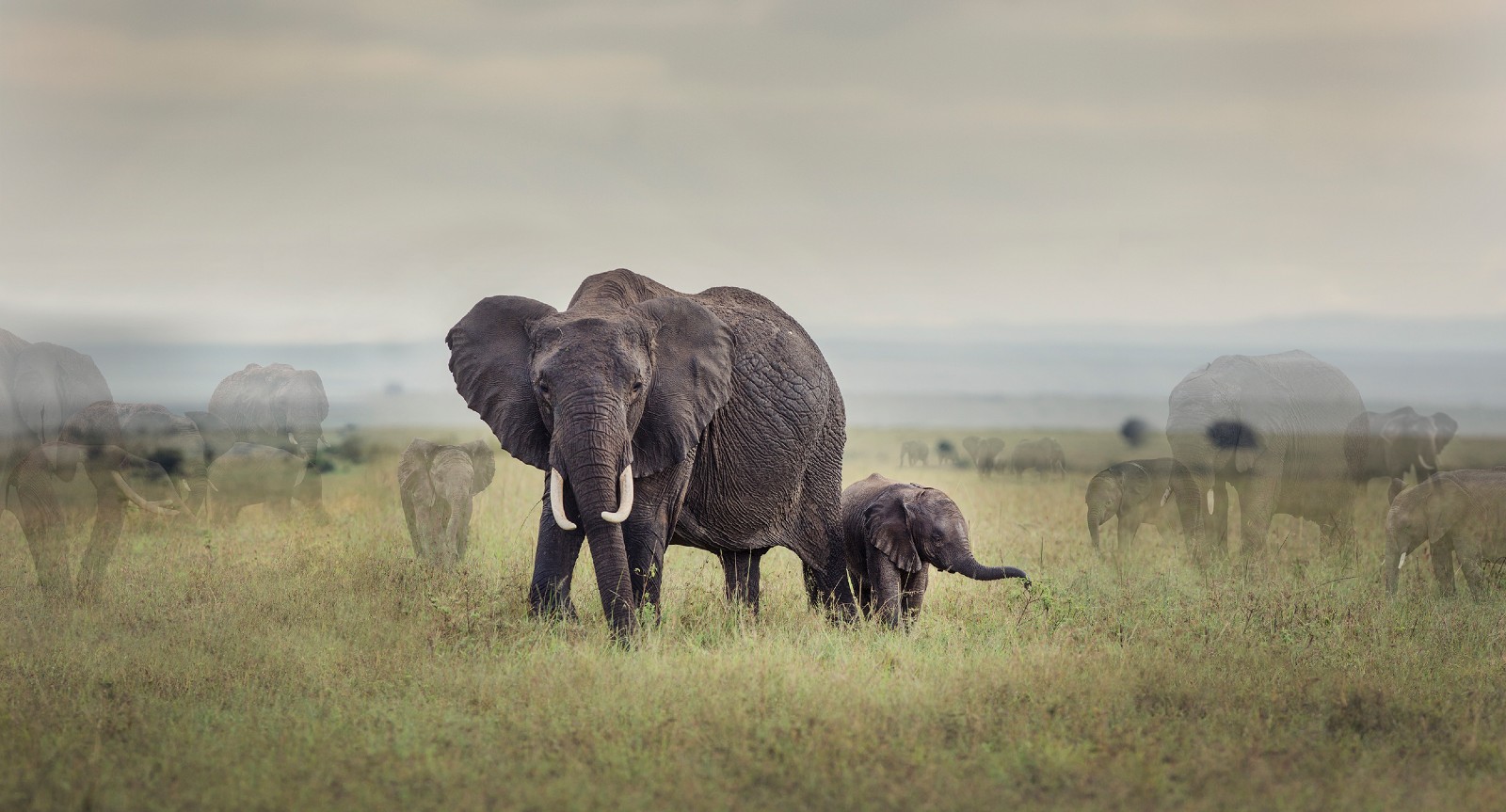 An elephant matriarch carries with her the weight of thousands of generations before her. She is a living, breathing library of the intricacies of elephant culture, with the knowledge of the land where her ancestors have trodden in search of havens to keep their families safe, their thirst quenched and their bellies full of delectable and nourishing foods. But, the matriarch and her family are threatened. Illegal killing for the ivory trade, habitat destruction through human population expansion and agriculture, and subsequent persecution for eating crops and destroying buildings means that the future for elephants is precarious. In the last 30 years, elephant numbers have dropped by 40% in the wild.

In the Meru Conservation Area, Kenya, the elephants seem to be well aware of threats they face. Poaching increased horrendously in the early 1970s in Meru Conservation Area, where gangs of poachers camouflaged themselves among the local communities. The elephants, terrified in their own home, huddled in the relative safety of Meru National Park, close to the park headquarters where they sought protection from the people on the other side of the poaching war.

Across the rest of the continent, the situation was much the same. African elephant populations were being decimated in an unprecedented fashion. They total population declined from an estimated 1.3 million in 1979 to 600,000 in 1991. This led, in 1989, to a global consensus to protect elephants and initiate an international ban on the trade in ivory and other elephant products.

In 1990, when the ban came into effect, the authorities in Meru surveyed their resident elephants. 81% of the population was gone; never to be seen again. The survey also showed that the rampant poaching had stolen all the older adult elephants and resulted in higher calf mortality due to reduced experience of the younger elephants left behind.

Today, the elephant population in Meru is still in recovery. The population grows little by little each year, but it is still far smaller than it once was and the elephants seem nervous around people, prepared to flee at any moment. However, with ivory poaching largely under control here, the greatest threat they face now has changed. Conflict with people due to elephants eating farmers’ highly palatable and nutritious crops is threatening this precarious recovery. Crops such as millet, legumes, tomatoes, bananas, sugarcane, onions, melon and pawpaw are targeted and eaten by elephants. However, thousands of families rely solely on these crops for their livelihood. When an elephant eats their crops, the event can plunge families and the wider community into economic stress and hardship.

In an attempt to defend crops, property and family, people have ended up being injured or killed by scared and angry elephants. Elephants involved in conflict have been attacked or poached by communities or killed through lethal management by the authorities. In the long-term, this situation threatens the very survival of the struggling elephant population in Meru and gives rise to the potential that coexistence between people and wildlife will never be realised.

Born Free is determined to change the fate for these elephants. We will address the threats they face by monitoring and identifying individuals of the population in order to check that the population is growing and recovering well, whilst implementing non-extractive nature-based solutions to prevent crop loss and damage by elephants. A key component of our work will be building beehive fences around agricultural fields, which deter elephants from eating crops as they naturally avoid African honeybees.

Having the community lead and own the solutions to elephants eating crops is the most vital part of our work. Therefore, we will be training individuals to be Elephant Guardians, ambassadors for these giant and complex animals. The Elephant Guardians, whose knowledge of the landscape and the wildlife cannot be surpassed, will help to build beehive fences and work with their communities to implement cost-effective and simple solutions to mitigate conflict on their farms. This work goes hand-in-hand with our efforts to increase community awareness about elephant behaviour, helping to keep everyone safe when encountering wildlife.

We cannot do all this vital work without your help.