AN INTERVIEW WITH DR CYNTHIA MOSS

AS PART OF OUR ELEPHANTS IN CRISIS CAMPAIGN, WE CAUGHT UP WITH DR CYNTHIA MOSS, PROGRAMME DIRECTOR & TRUSTEE AT THE BORN FREE-SUPPORTED AMBOSELI ELEPHANT RESEARCH PROJECT, TO FIND OUT HOW SHE CONTINUES TO PROTECT ELEPHANTS IN KENYA

Dr Moss founded the Amboseli Elephant Research Project in 1972 with her colleague Harvey Croze. The project is the longest-running study of wild African elephants in the world. Its research has provided valuable insights to the behaviour and intelligence of African elephants, and has made the elephants of this region world-famous. Born Free has supported the project since 1992.

DO YOU THINK AFRICA’S ELEPHANTS ARE IN CRISIS?

WHAT CAN THE WORLD’S GOVERNMENTS DO TO HELP?

The world’s governments need to ban all sales of ivory.

WHAT CAN BORN FREE SUPPORTERS DO?

Born Free supporters should continue to support groups and NGOs that are fighting for elephants.

HOW IMPORTANT ARE AMBOSELI’S ELEPHANTS?

The Amboseli Elephant Research Project is the longest-running, continuous study of elephants in the world. We are just about to enter our 47th year. Much of what we know about elephant social organisation and behaviour has come out of the Amboseli study. Our results in both scientific publications and popular media have changed the way people view elephants.

HAVE YOU HAD ANY UNUSUAL MONITORINGS LATELY?

Yes, we’ve recorded a set of twins in Amboseli. They were born at the end of March to Paru of the PA family, one of the biggest Amboseli families. The twins are male and female and we have been monitoring them closely ever since. They are now four-and-a-half months old and thriving.

Twinning is a very rare event for the Amboseli population. The last time we recorded twins was in June 1980 – so 38 years ago. Those twins, Eclipse and Equinox, were reared successfully and reached adulthood. Sadly, Eclipse died last year at the age of 37. She was a successful mother who produced several children and grandchildren. Equinox is going strong. He is now coming into musth regularly and fathering calves.

WHY DO YOU CONTINUE TO DO WHAT YOU DO?

I have just turned 78, but I have no intention of retiring. Like Virginia McKenna, a wonderful role model, I feel that I can still contribute something to elephant conservation. Also, personally, I cannot imagine leaving the elephants. They mean everything to me. 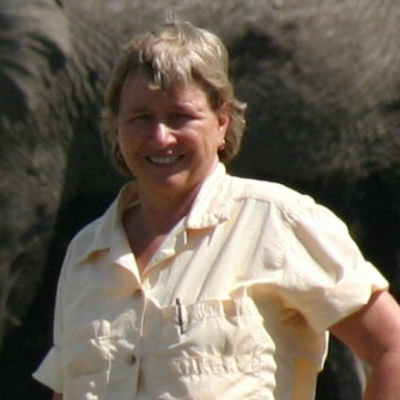 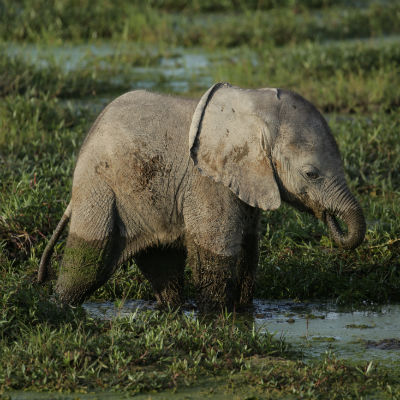