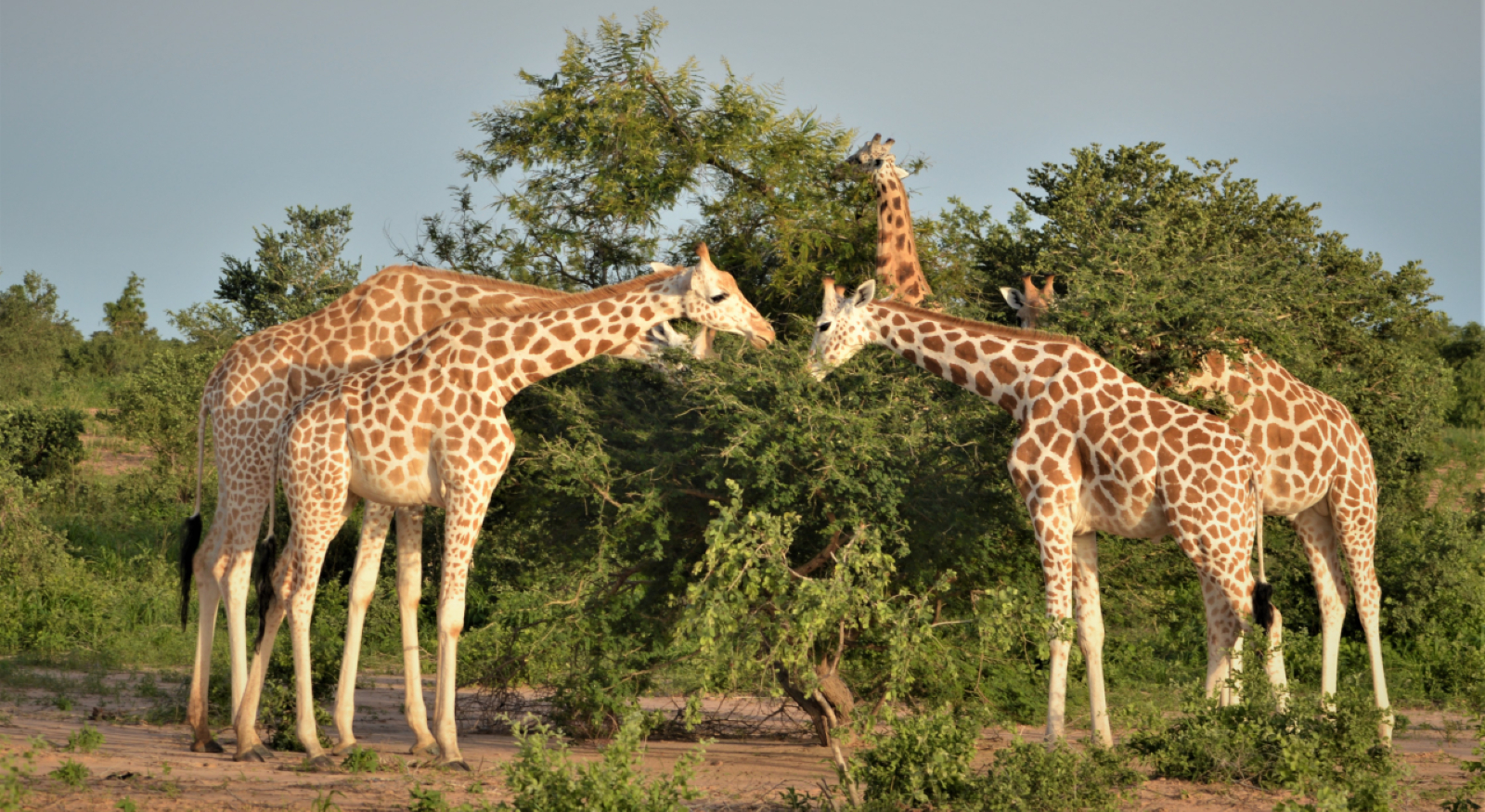 Born Free is proud to support the Giraffe Conservation Foundation (GCF), the only NGO in the world that focuses solely on the conservation of wild giraffe throughout Africa. Their work comes at a critical time; many people are only just becoming aware that the world’s tallest animal is experiencing a silent slide towards extinction. Just this past year, two giraffe sub-species – the Kordofan and Nubian – were listed as Critically Endangered by the International Union for the Conservation of Nature for the first time. In time, the realisation that some giraffe are distinct species will further help to undertake conservation efforts on the ground.

Born Free’s support focuses specifically on the conservation of the West African giraffe, a unique and rare sub-species of the Northern giraffe. At the beginning of the 20th century, West African giraffe ranged from Nigeria to Senegal. By the 1990s there was only a single population in the world, comprised of just 49 individuals in an area known as the Giraffe Zone in south west Niger.

Today, there are more than 600 – and, as of 2019, a new second population. GCF, the Niger government, and local partners undertook the first conservation translocation of giraffe in Niger, successfully establishing a second population of giraffe in the Gadabedji Biosphere Reserve in Niger – some 800 miles away from the Giraffe Zone near the capital Niamey. This is a key step for assisting the sub-species’ growth in number and range and securing its long-term viability.

Dr Julian Fennessy gives us the update: “The original population is continuing to prosper, and the new population seems to be happily settling into its new environment. In the year since being re-introduced, the giraffe have settled down within the reserve, forming one herd which rarely spends time apart. Regular observations by local wildlife authorities and four local community eco-guards show they are all in good health and have adapted to their new environment.”

Exciting activities have also been ongoing in the Giraffe Zone in 2019. For the second year in a row, GCF co-ordinated a giraffe survey in April – the hot, dry season.

“These surveys give unprecedented data on giraffe movements during the hot dry period and help us understand their social structure,” says Julian. “We photograph and identify each and every giraffe, particularly the newborns, in order to build their individual identification database. This is always a fun job! This year, we observed 249 giraffe in 13 days. Approximately 40 new, never-before-seen giraffe were spotted, many of which were babies. We also noted that some giraffes live permanently outside the historical Giraffe Zone, which demonstrates the range expansion of the population over the last few years.”

As the population expands, GCF liaises with the local communities who live alongside the giraffe, working to lessen human–giraffe conflict due to crop raiding. These steps towards co-existence are crucial for gaining community support and ensuring the continued survival of the West African giraffes.

The comeback of the West African giraffe is a real conservation success story. 2019 has been full of exciting and positive news – and there’s more to come. In early 2020, GCF is planning to support the government of Niger and undertake a second translocation of giraffe to Gadabedji Biosphere Reserve. This will bolster the population and improve the chances of the giraffe successfully re-establishing and thriving in the long-term, as well as further develop the reserve into a flagship wildlife sanctuary in Niger. Thanks to the work of GCF and partners, the future is looking bright for the West African giraffe.