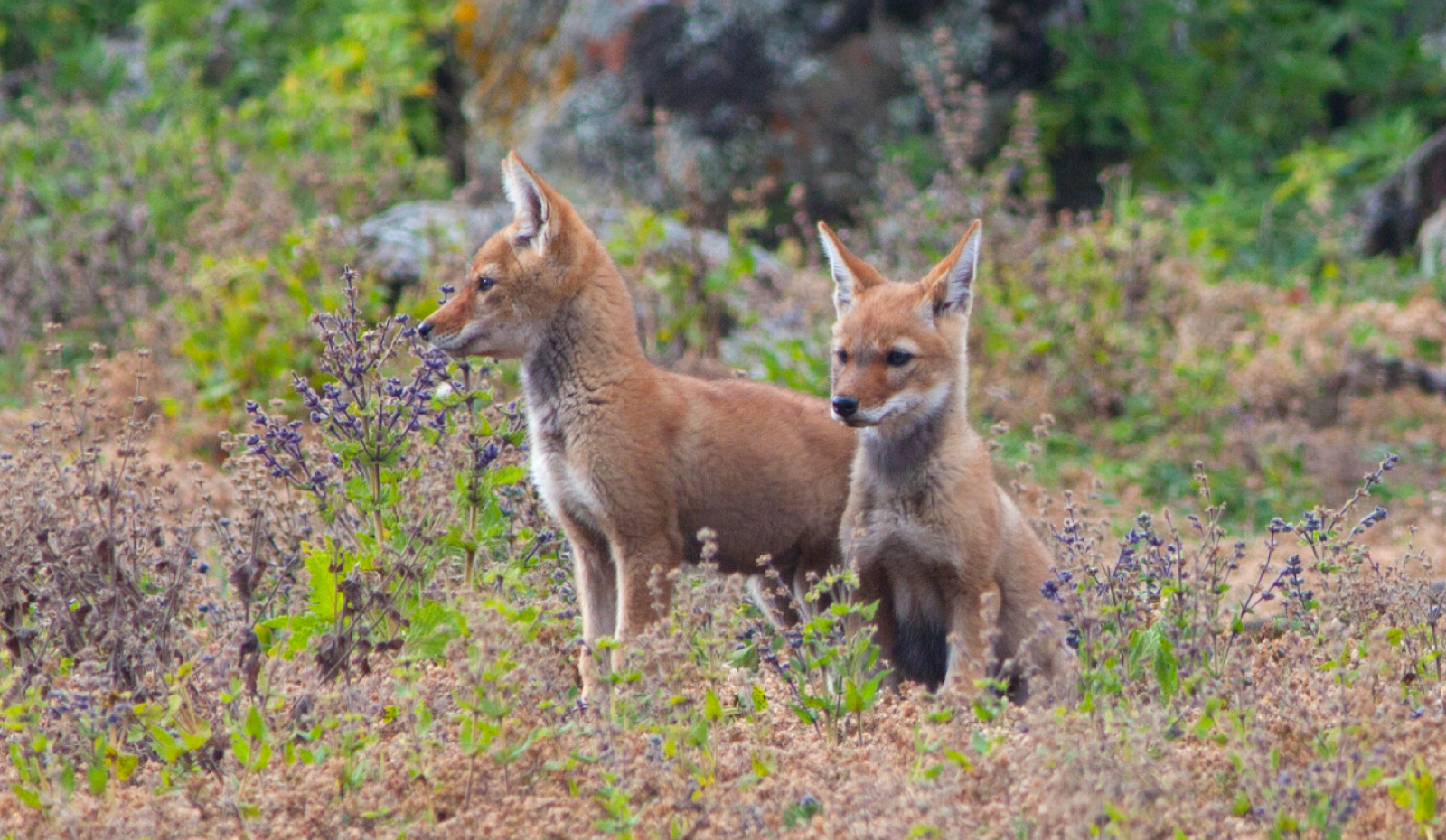 With their distinctive red coats, long legs and pointy ears, Ethiopian wolves are amazingly unique animals. However, they are one of the most endangered canid species in the world, with estimates of fewer than 500 individuals currently scattered over six populations in Ethiopia. The Ethiopian wolf, like so many other species Born Free works to protect, is highly threatened by habitat loss, livestock encroachment, civil conflict, disease and persecution. The species is listed as Endangered by the International Union for the Conservation of Nature.

EWCP is an NGO dedicated to securing the species in their afroalpine habitat. Their work includes educating communities and training Ethiopian nationals to monitor the wolves and their afroalpine resources. EWCP also works on disease prevention and control measures, helping to maintain healthy wolf populations. Disease outbreaks, particularly rabies from domestic dogs, have the potential to wipe out entire populations of the species. Local traditional knowledge helps to conserve natural resources, with benefits to people and biodiversity in the highlands of Ethiopia.

Communities in northern Ethiopia have started a management system for guassa, a native grass from the Ethiopian highlands, used for weaving, rope making, thatching and fodder. It is also important for the wolves as it provides habitat for rodents – their favourite food. Demand for guassa has degraded the grassland, and since the start of 2019, EWCP has been promoting its regeneration, using a method rooted in old traditions. For regeneration to be successful, the communities exclude livestock from the highlands, regulate guassa harvest, employ rotation methods and offer special allowances to community guards and people in need.

EWCP also promotes bee keeping as a sustainable livelihood option, one that simultaneously helps conservation and boosts incomes due to its high market value. This rich honey owes its particular taste and aroma to the erica flowers upon which bees forage. Erica moorlands and forests are excellent habitats for the wolves, as well as other endemic species such as Melenik bushbuck. In 2018, in two protected areas with wolf populations, 72 people living near erica forests in wolf habitat received modern beehives, accessories, training and founder bee colonies. In 2019, most beneficiaries harvested honey to consume or sell in local markets. The result is a growing interest in protecting the remaining erica forests. Honey producers are taking it upon themselves to organise patrols to keep out illegal users.

EWCP assists communities to produce, use and commercialise fuel-saving stoves, an intervention that specifically helps women. In 2019, EWCP provided 15 women organised into three co-operatives with the training and materials required to distribute 40 fuel-saving stoves locally. People living in the mountains depend on natural firewood for heating, cooking, lighting and to start wildfires to clear moorlands for grazing. Adopting fuel-saving stoves can reduce firewood consumption by up to a half, with direct positive impacts on the environment. Women in particular save on precious firewood gathering time, and, as these stoves produce less smoke than open fires, it lowers their risk of developing lung disease.

With mounting pressures on the natural world, organisations like EWCP are key in conserving wildlife and their ecosystems. Thanks to the hard work of the EWCP team, Born Free is hopeful for the survival of the Ethiopian wolf, a vulnerable but extraordinary species.