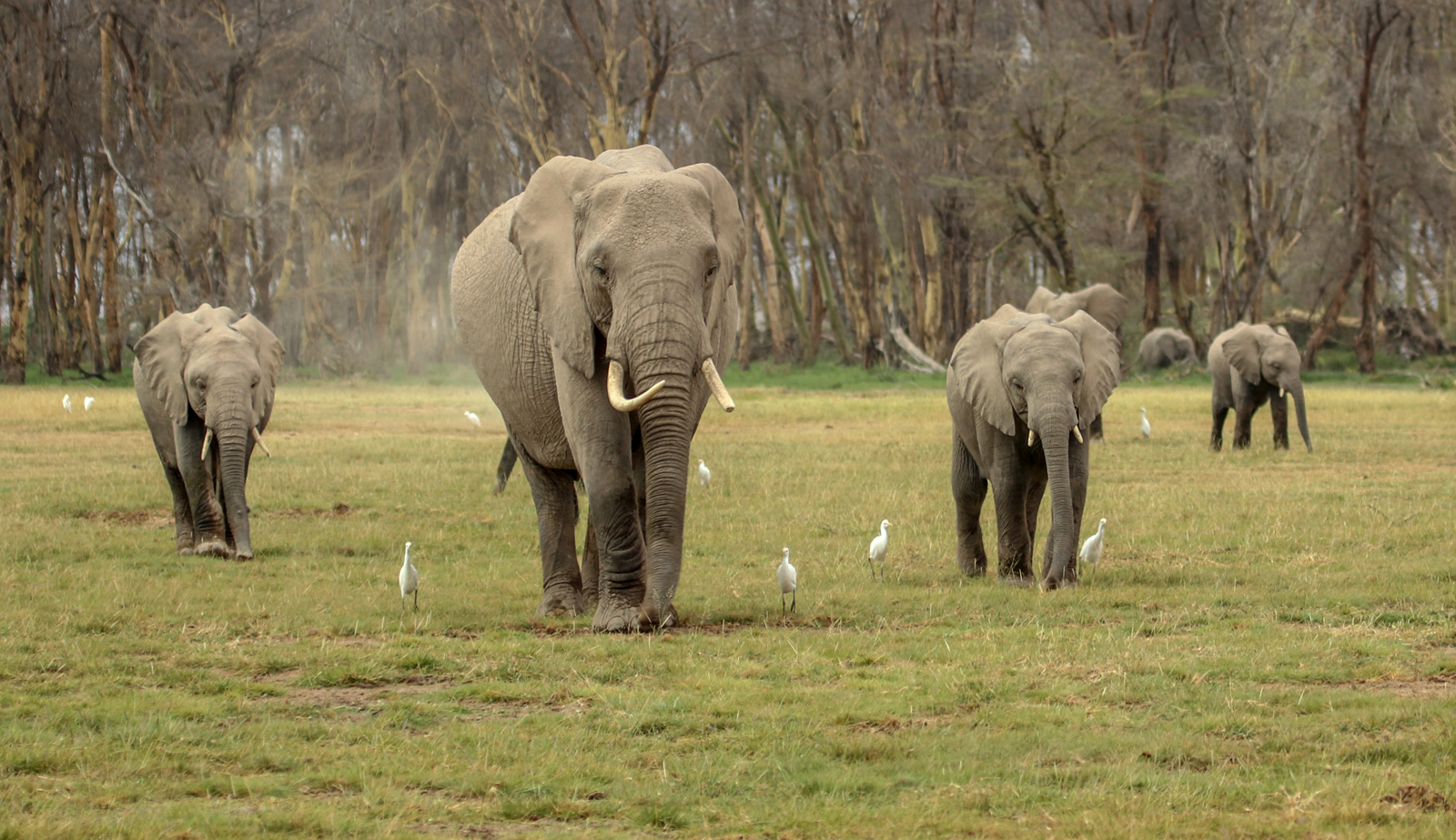 Amboseli Trust for Elephants manages the longest running study of wild African elephants anywhere in Africa. Started in 1973, Amboseli Elephant Research Project monitors one of the most famous families of elephants in the world – the EB elephants, including the matriarch Edwina, and the courageous young male, Ewok.

The project has information on the life histories of 3,515 elephants, of which 1,665 (727 males and 938 females) were alive at the end of 2019. The project recorded nine deaths in 2019 – thankfully, none due to humans – and 17 births. This is a low birth rate – the last two years averaged 100 per year – but is because most females had a calf under two years old, and with a long gestation and weaning period, they cannot conceive again yet; inter-birth intervals are commonly four to five years. Birth peaks of 2015 and 2016 have led to a young population profile, and project data show that calves and middle-aged individuals are surviving well, boosting the population.

In 2019, the project collaborated with Kenya Wildlife Service scientists and the School for Field Studies to examine the reasons for vegetation changes in the Amboseli ecosystem. Another research topic in 2019 was how young male elephants use social and ranging strategies to buffer against anthropogenic risks. This involved collaring some young males and tracking their companion choices to see whom they might be learning from, and some of this learning might be bringing young bulls more into contact with people. The project published five scientific papers in such work in 2019.

As well as its elephant monitoring and research, the project also provides training on elephant ecology and monitoring for range country biologists and conservation managers; conducts awareness raising meetings with schools; and funds scholarships for school and university students interested in conservation management courses. It also manages a consolation scheme through which people who have suffered from human-elephant conflict resulting in livestock losses outside of protected areas are given some monetary support – there were 12 such pay-outs in 2019. The project also attracts tourists to the Amboseli ecosystem. This holistic, ecosystem-wide effort, within a strong collaboration of stakeholders, continues to ensure the safety and survival of the elephants of Amboseli.