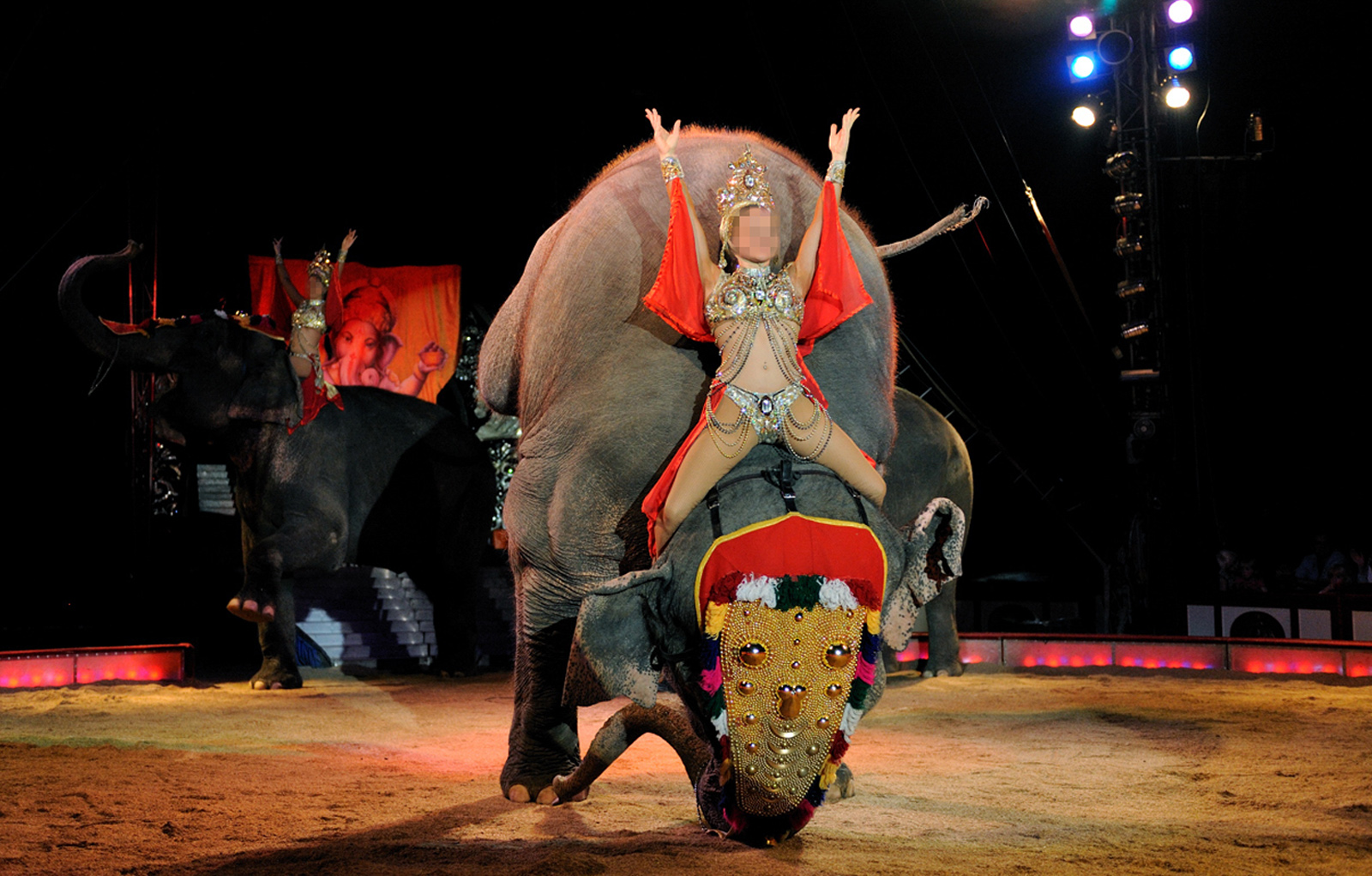 When you think of a circus, the traditional colourful image of the striped big top with a ringmaster dressed in top hat and tails may come to mind. But what of the bears made to dress up in costumes or ride bikes? Or lions and tigers forced together to jump through flaming hoops, or elephants made to perform headstands or stand on their hind legs? Not only are they forced to perform, the animals live in cramped beastwagons, and are constantly transported from town to town, just for our so-called entertainment.

Dr. Chris Draper, Born Free’s Head of Animal Welfare & Captivity, says: “There is overwhelming evidence of compromised animal welfare in circuses. The complex needs of wild animals simply cannot be met under such conditions, and many suffer both mentally and physically. In circuses, wild animals are kept in wholly unnatural conditions, subjected to fear and stress and have limited opportunities for natural behaviour.”

There are, of course, also safety issues – for both the animals and the public. There are regular media reports of wild animals escaping from circuses, and of circus workers and members of the public being injured or attacked with tragic consequences.

Draper adds: “Make no mistake: circuses using wild animals are cruel and inhumane. Circuses are no fun for the animals made to perform these demeaning and unnatural tricks and have no place in today’s modern world. We must stop wild animals being exploited for so-called entertainment.”

Our latest campaign, Goodbye to the Circus, highlights the plight of wild animals in circuses around the world, and tells the story of four lions – Angela, Bellone, Louga and Saïda – who thankfully escaped the horrors of circus life. This pride is currently living in a temporary home in France, but you can help them enjoy their retirement and give them a lifetime home at our big cat sanctuary in South Africa.