SIX YEARS ON, HAS CECIL THE LION’S LEGACY BEEN HONOURED?

Six Years Ago, A Lion Called Cecil Was Brutally Killed By An American Trophy Hunter In Zimbabwe.

While the targeting of lions by wealthy, predominantly Western trophy hunters in Southern Africa wasn’t particularly unusual, Cecil’s story made headlines across the globe. He was a magnificent 13-year-old dark maned male lion, the head of two prides. He was an important part of an ongoing research project. He was lured away from the relative safety of the National Park where he lived, shot and wounded with a bow and arrow, and only finally killed several hours later.

The suffering he endured touched hearts and minds. The cowardice and selfishness of the hunter generated outrage. There were strong calls for trophy hunting to be banned, for countries to prohibit trophy imports, and for airlines and other carriers to cease transporting wildlife trophies. A wide debate ensued on the ethics and morality of trophy hunting, and its purported value to local communities and wildlife conservation. Change was promised, studies were initiated, and reports and papers were published on the trophy hunting industry, its impacts, and the possible consequences of restrictions or bans. 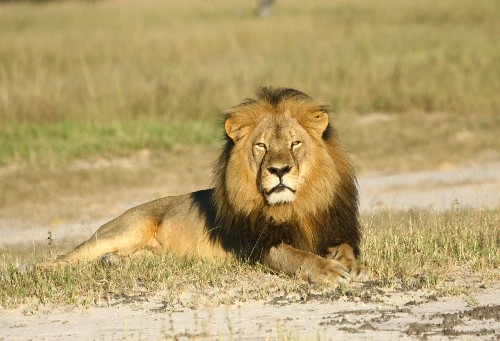 Fast forward six years. Since 2015, more than 5,000 lion trophies have been exported, the majority from captive bred lions in South Africa. Many other species continue to be targeted by trophy hunters. The US and Europe remain the primary sources of trophy hunters and destinations for African wildlife trophies. While public opinion polling across Europe consistently demonstrates overwhelming opposition to trophy hunting and support for bans on trophy imports, EU countries imported close to 15,000 wildlife trophies derived from internationally protected species over the period 2014-2018, and that number is steadily increasing according to a recently published report by Humane Society International.

There has been some progress. The United States has used its Endangered Species Act to restrict some trophy imports, including lion trophies, although some of those restrictions have subsequently been watered down. A number of European countries, including France, the Netherlands, Belgium and Finland, have introduced or are planning to impose partial import bans. The United Kingdom Government has promised to introduce a ban on trophy imports, although its precise scope has yet to be made public. The South African government has committed to phasing out the appalling intensive lion breeding industry that supplies lions for ‘canned hunting’, albeit the fate of the 10,000 or more lions currently held captive is uncertain.

Yet while the debate rages on, the suffering and killing continues apace.

Born Free has always opposed the killing of animals for sport or pleasure, on ethical grounds. We also challenge the claims made by proponents of trophy hunting that it delivers significant conservation and community benefits, or that it positively contributes to the sustainable use of wildlife. While we respect the right of sovereign nations to manage their own wildlife, we hope that, over time, more will decide to reject trophy hunting and seek other, benign ways of securing a future for our global wildlife heritage. By the same token, the UK and other European countries should reflect the overwhelming opinion of their citizens and introduce appropriate measures such as prohibiting the import and export of wild animal hunting trophies.

Wildlife is in serious decline across the globe. Allowing wealthy trophy hunters to kill endangered wild animals for fun is, in our view, no way to ‘manage’ wildlife or generate funds for its protection. We simply have to do better. As a legacy for Cecil the lion, nothing less will do.

HELP PROTECT LIONS IN THE WILD

Lion: Pride Before the Fall presents a stunning collection of wild lion photography with a clear, vital message: join the fight to protect the last remaining wild African lions… or risk losing them forever.

Conceived by critically acclaimed photographer George Logan, this remarkable wildlife book will bring the plight of Africa's remaining lions into sharp focus with its array of poignant, thought-provoking images. 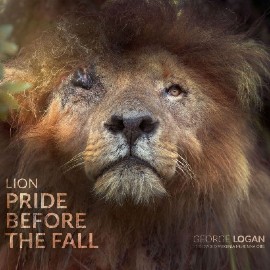