CAN CECIL'S DEATH INSPIRE A FUTURE OF COEXISTENCE?

Seven years ago today, Cecil was brutally murdered by trophy hunters, but can his death inspire a future of coexistence between humans and wildlife? 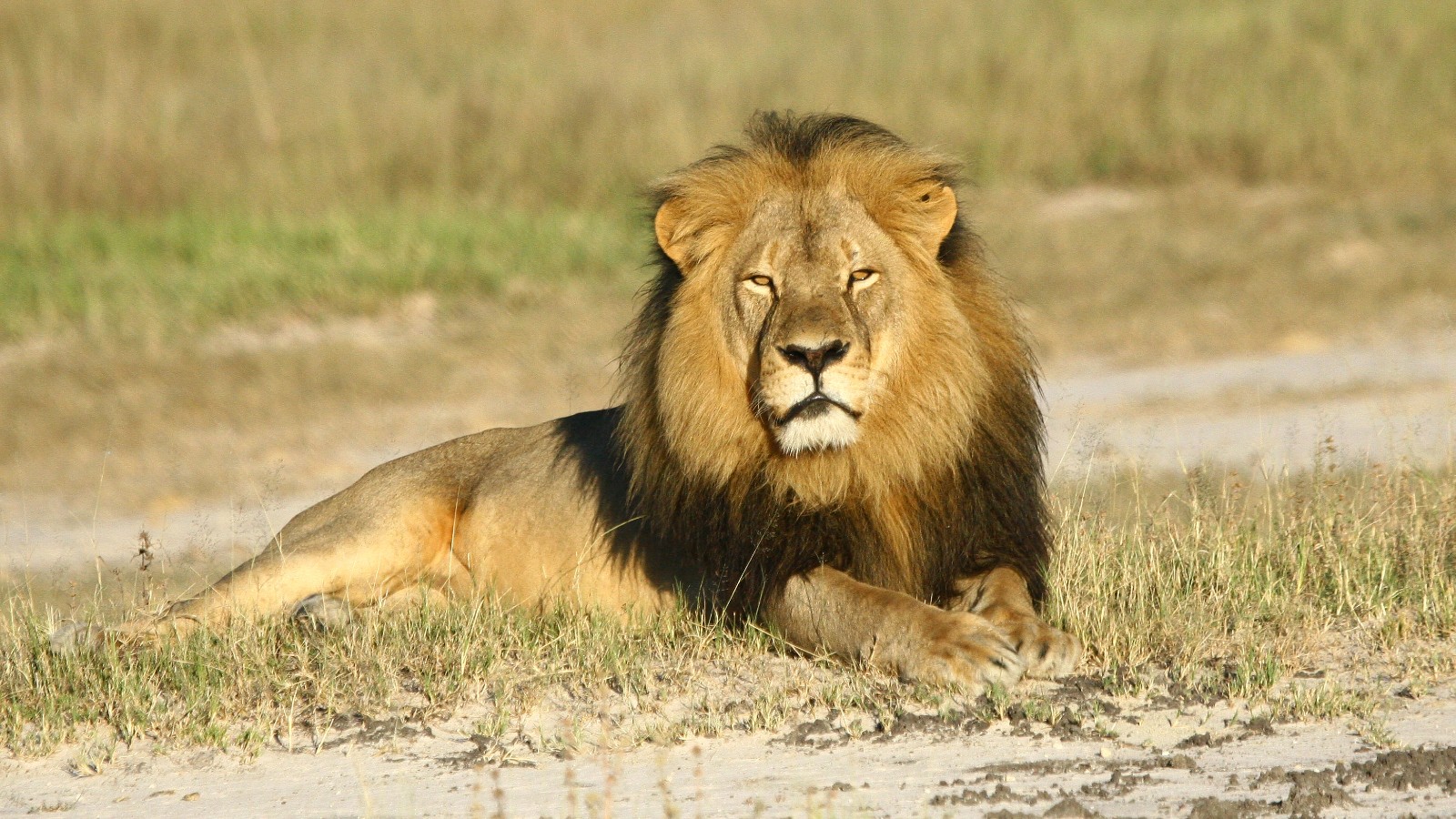 Seven years ago today, Cecil the lion, regarded by many as one of the most magnificent wild lions in Africa, was wounded and later killed in Zimbabwe by an American trophy hunter.

The great lion, head of two prides, had been lured from the safety of Hwange National Park into a next-door area where trophy hunting is permitted, so that the hunter, a wealthy white American dentist armed with a bow and arrow, protected by a professional guide with a gun, could bag his prize – or claim his victim.

Cecil’s death, and particularly its manner, caused international outrage. While the killing of a lion in Southern Africa at the hands of a wealthy Western trophy hunting elite wasn’t, in and of itself, an unusual occurrence, Cecil suffered prolonged and completely avoidable and unnecessary suffering, all so that the hunter could boast of his prowess with a bow, as a specific category, according to Safari Club International, the trophy hunting advocacy organisation. As it turns out, his prowess wasn’t so great, given he only managed to wound the lion with his first attempt and had to pursue Cecil for many hours before finally finishing him off.

It wasn’t only Cecil who suffered. His brutal, untimely and unnatural demise will doubtless have put the lives of other members of his prides at extreme risk of being killed or wounded, as younger males moved in to take over. Cecil’s genetic legacy would have been, at best, diluted, at worst lost forever. Lion numbers across most of Africa are declining fast and their range has declined by more than 90% yet, since Cecil’s death in 2015, over 700 trophies obtained from wild lions have been exported from African countries, more than 200 of which have emanated from Zimbabwe.

To Born Free, and in the eyes of many, trophy hunting is a cruel abomination, a morally repugnant relic of colonial times and a symbol of oppression and subjugation that should be consigned to the more shameful chapters of history, where it belongs. However, proponents of the activity, which include a number of high-profile conservationists and wildlife researchers, claim that it is necessary in order to provide vital funds for wildlife conservation and community development, and to incentivise the management of key wilderness areas for wildlife that would otherwise be lost to agriculture or other forms of land use. While we reject these often exaggerated and self-serving claims, the need to identify and implement new, better and more holistic ways of resourcing and incentivising the protection of lions and other wild species, maintaining and expanding their habitats, and enabling people and wild animals to peacefully and productively co-exist, is clearly urgent. In these days of human population expansion and precipitous biodiversity decline, with a million species, including lions, at risk of extinction across much of their range, finding solutions is ever more critical.

As leading lion conservationist Dr Hans Bauer points out in his excellent article in The Conversation, “Trophy hunting has failed in its promise to provide a significant boost to wildlife conservation, and the “if it pays, it stays” approach, which seems to underpin many arguments in favour of trophy hunting, has much more often led to the loss of natural ecosystems.”

But Dr Bauer also offers hope. He describes changes to the conservation model in Benin which is now improving local livelihoods and providing employment opportunities for local people while also protecting wildlife in its section of the W-Arly-Pendjari region, home to the largest remaining population of lions in West Africa. He also highlights the progress being made in the Akagera National Park in Rwanda, the most densely populated country in Africa, where the development of ecotourism, mainly targeted at local tourists, is helping transform wildlife conservation efforts in the park.

At Born Free, we have always focussed on finding solutions for wildlife that fully involve and benefit local people. Our work in Amboseli, Kenya, centres on reducing human-wildlife conflict and promoting co-existence between people and carnivores by helping livestock herders protect their animals from lions and other predators through the construction of hundreds of predator-proof bomas (stockades), thereby reducing livestock losses and the inevitable retaliatory killing of wildlife that results. In Meru, Kenya, we track and monitor lions in the ancestral home of Elsa the lioness, whose true story inspired the film, Born Free, and our founders, Virginia McKenna and her late husband Bill Travers, to establish our charity, which works with communities to nurture tolerance, reduce human-wildlife conflict, and safeguard threatened species. Our field conservation projects across Africa, and beyond, constantly seek to improve the lives of both wild animals and people, for the benefit of both, without any killing.

We also support innovative ways of resourcing wildlife protection, for example through promoting responsible ecotourism, realising the carbon sequestration value of wild animals, and through our policy initiatives that aim to secure the global funds and resources needed to ensure that wildlife protection and recovery can take place in developing countries hand in hand with poverty alleviation and human development.

As Dr Bauer so rightly emphasises, the trophy hunting debate is dividing conservationists at a time when we need to work together to find progressive and humane solutions to the crisis facing wildlife and nature.

In this, Born Free’s Year of the Lion, Cecil’s tragic and unnecessary death surely tells us that the time has come to finally move beyond trophy hunting and look to a brighter, more inclusive, more compassionate future.