Nasipa and Inkoisuk are two villages in Mbirikani Group Ranch within the Amboseli-Tsavo ecosystem. There is plenty of grass and water for livestock and wildlife, and life is good. However, the livestock in the villages are regularly targeted by a lion.

In these two villages are two predator-proof bomas owned by Reuben ole Silati and Daniel Metui. Reuben’s boma was constructed with the support of Born Free in 2015. They act as refuge bomas for livestock owned by their neighbours. Their neighbours have traditional bomas made of tree branches and thorns. They have to remain alert because no one can predict when or which homestead will be attacked.

Predator-proof bomas are a simple, cost-effective approach to protecting livestock from predation at night. Predator-proof bomas are made by erecting a ring of strong poles, spaced three metres apart, around the thorn boma. A two-metre high hexagonal steel wire mesh is put in place, as well as doors made from recycled oil drums.
Reuben and Daniel are now the talk of the two villages for their admirable support and foresight. 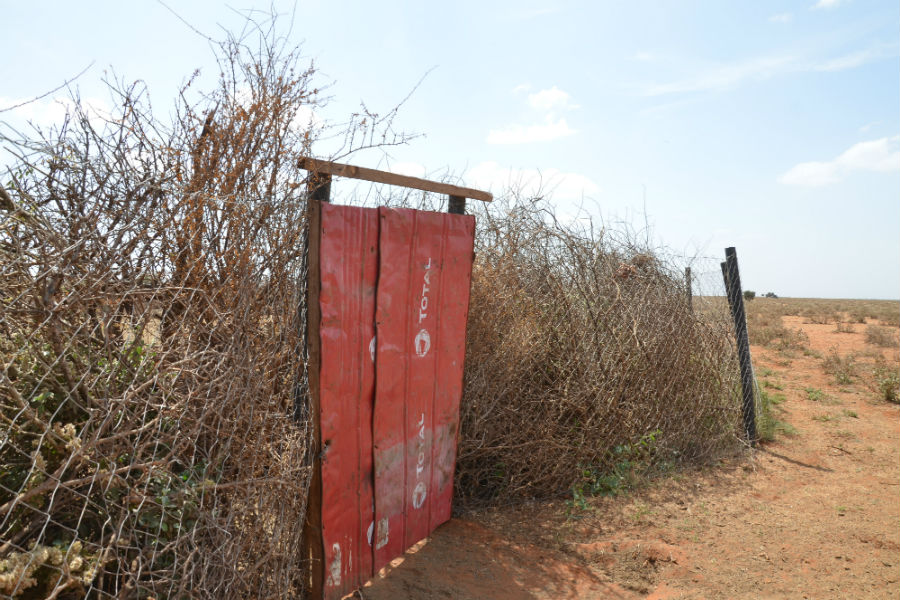 “The lion has been attacking the village almost daily, but my family and livestock have been safe,” Reuben says. “However, my boma is now packed when darkness falls and I can’t take in any more livestock from neighbours. They are forced to stay on guard all night.”

Lepatei ole Seleka has lost two cows and three goats after his homestead was attacked three times in a month. “I am lucky and thankful that my neighbour Reuben has a predator-proof boma and has graciously allowed my livestock to stay in his boma at night. Otherwise, I would have lost more livestock to the lion,” Lepatei says.

“The predator attacks homesteads as early as 10pm. He jumps over the traditional boma and takes a goat. He may return and attack again, or decide to attack another neighbour’s homestead.  I have now seen the importance of the predator-proof boma and I am looking for funds so that I can have a boma like Reubens,” he adds.