A recent BBC World report by David Shukman, sets out the shocking reality of the current political and environment catastrophe that is unfolding in Brazil

An area of Amazon rainforest roughly the size of a football pitch is being cleared every single minute, according to satellite data. Satellite images show a sharp increase in clearances of trees over the first half of this year. The most recent analysis suggests a staggering scale of losses over the past two months in particular, with about a hectare being cleared every minute on average. The single biggest reason to fell trees, according to official figures, is to create new pastures for cattle and meat that is traded globally.

The rate of loss has accelerated since Brazil's new right-wing president, Jair Bolsonaro, who favours development over conservation, swept to power on a populist agenda backed by agricultural businesses and small farmers, many of whom believe that too much of the Amazon region is protected and that environment staff have too much influence. 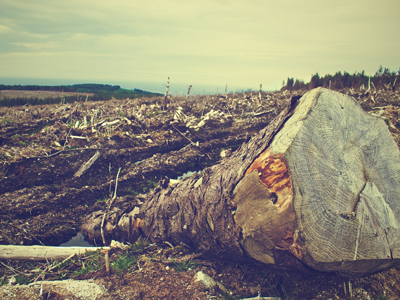 Mr Bolsonaro’s government is encouraging deforestation. Over the past decade, previous governments had managed to reduce the clearances with concerted action by federal agencies and a system of fines. But this approach is being overturned by Mr Bolsonaro and his ministers, who have criticised the penalties and overseen a dramatic fall in confiscations of timber and convictions for environmental crimes. He has said he wants to weaken the laws protecting the forest and has attacked the civil servants whose job it is to protect the trees, and all the biodiversity that depends on them.

There is a frightening rhetoric emerging from Brazil. The president's top security adviser, General Augusto Heleno Pereira, told Bloomberg last month that it was "nonsense" that the Amazon was part of the world's heritage. "The Amazon is Brazilian, the heritage of Brazil and should be dealt with by Brazil for the benefit of Brazil," he said. But it doesn’t end in Brazil. Earlier this year, Mr Bolsonaro invited the US president to become a partner in exploiting the resources of the Amazon.

The Amazon is the largest rainforest in the world, a vital carbon store accumulated over hundreds or even thousands of years that slows down the pace of global warming. Every year, the leaves also absorb a huge quantity of carbon dioxide that would otherwise be left in the atmosphere adding to the rise in global temperatures. The forest is also the richest home to biodiversity on the planet, a habitat for perhaps one-tenth of all species of plants and animals.

Furthermore, the Amazon is where one million indigenous people live, hunting and gathering amid the trees. They fear their survival is being threatened, as more and more trees are cut down to make way for farming and agriculture. They say Brazil's new president wants to allow deforestation in some of the 700 areas protected for indigenous groups within the Brazilian rainforest – which cover more than a tenth of Brazil's entire land area.

These people, the forests and the wildlife within – and indeed everyone in the world – are going to lose out.

The Global Assessment Report on Biodiversity and Ecosystem Services, published recently by the Intergovernmental Science-Policy Platform on Biodiversity and Ecosystem Services (IPBES), highlighted the unprecedented crisis facing the world’s biodiversity, identified economic exploitation among the key drivers of biodiversity loss, emphasised that ‘transformative changes’ are required to restore and protect nature, and indicated the need for opposition from vested interests to be overcome. The disastrous policies currently being rolled out in Brazil are diametrically opposed to these clear, internationally-recognised objectives.

We need to fight against such overt commercial exploitation and destruction of nature, to protect the Amazon and, by extension, the very future of our planet.