Badgers are the UK’s largest member of the Mustelidae family, which also includes otters, stoats and weasels. Badgers are very distinctive with silvery grey fur on their bodies and black and white markings on their heads and faces.

With short legs and stocky builds, badgers have strong, elongated claws for digging and forming complex underground dens, called setts, some of which will have been in use for decades.

Badgers are nocturnal and may live a solitary life or form clans living in setts. Badgers typically mate in spring or summer, but delay the implantation of their eggs so that their cubs are born between January and March after a seven-week gestation period. Litters typically consist of up to five cubs, which emerge from their underground chambers in spring when food is plentiful. The young are weaned a few months later but usually remain within the family group.

Badgers are a relatively common species in the UK and not threatened. In the UK they are legally protected from killing, persecution and trapping, in addition to the destruction of their habitats, without a licence. However, in 2011, culling was introduced in an effort to reduce bovine tuberculosis in cattle. Commencing in two pilot zones in 2013, by the end of 2018 some 67,000 badgers had been shot across more than 30 licensed zones in the west of England; the vast majority of which were perfectly healthy. Badger communities that have existed for thousands of years were disrupted and destroyed.

Born Free believes the badger cull in areas of the UK is inhumane, inefficient and unnecessary.

With like-minded organisations, we are lobbying the UK government to bring the cull to an end and to develop vaccines to protect both cattle and badgers. 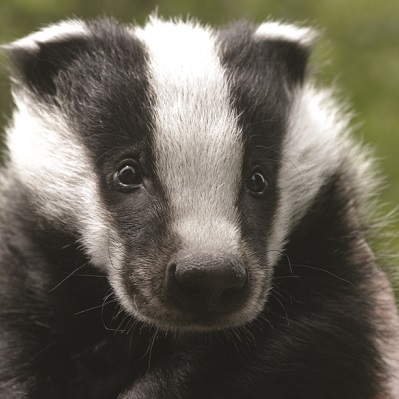 We campaign to bring an end to the badger culls, and instead promote far more effective methods of controlling bovine tuberculosis. These include better cattle testing, movement controls, biosecurity measures and the development of vaccines to protect both cattle and badgers.

STOP CRUELTY AND SAVE LIVES