The moon bear, also known as the Asiatic bear, can be distinguished by the yellowish white crescent moon on its chest, in contrast to its deep black fur. These expert climbers scale fruit trees to feed and also live on leaves, nuts, berries, insects and small mammals. As a solitary species, moon bears only meet to mate. Females give birth to between one to three cubs who will stay with their mother until the age of two.

Moon bears are found across 18 countries, from Iran to China, in forested regions and open meadows. Classed as Vulnerable on the IUCN’s Red List, surveys of their range point to a 31% decline in numbers over the last 30 years.

Under threat from deforestation, human encroachment and poaching, moon bears also suffer from the abhorrent practice of bear bile farming. 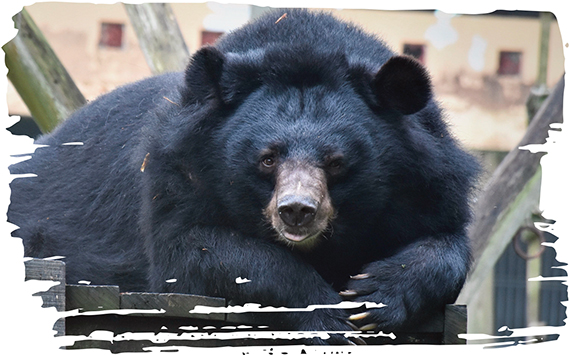 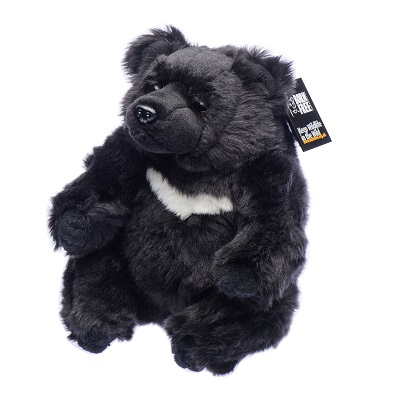 Your own cuddly toy moon bear to keep at home.
Toy may vary from one shown. 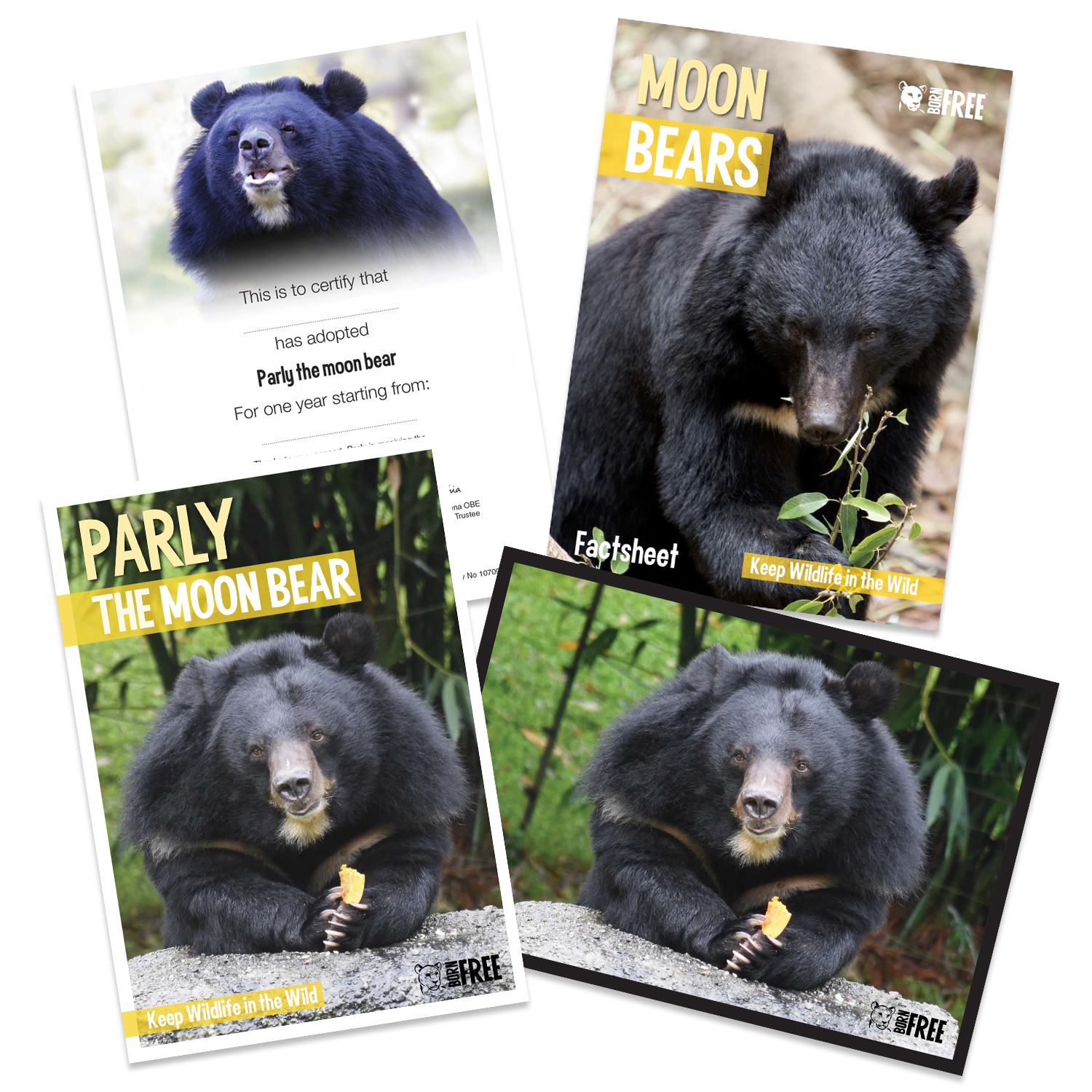 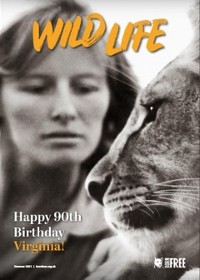 A copy of our bi-annual Wild Life magazine with exclusive updates.

Adopters will also receive a copy of our Wild Life magazine, published twice a year, which includes
updates on our animals and the impact you as a supporter has helped to deliver.

Used in traditional Chinese medicine, bear bile has been sought after for hundreds of years, resulting in the emergence in the 1970s of bear bile farms. This process involves the removal of bile from live animals causing untold suffering. Individuals have their teeth and claws removed and are kept in cramped cages.

The moon bear has been targeted for this practice more than other bears, an estimated 10,000 are held in farms across China alone, with more located in Korea, Vietnam, Loa and Myanmar. Cubs are removed from the wild to stock farms which has a devastating impact on wild populations.

The loss of the moon bear’s natural habitat is a further threat. According to the IUCN, logging and agriculture have impacted nine out of 18 range countries. As more forest cover is lost, populations are driven into smaller pockets, making the ability for hunters to gain access to individuals much easier.

Poaching is a persistent problem as demand for bear paws and gall bladders continues. Snares are also responsible for a significant number of deaths and injuries.

ADOPTING A MOON BEAR WILL HAVE A MASSIVE IMPACT

Funds from your adoption will support the lifetime care of rescued bears at Animals Asia's sanctuary in Vietnam as well as continuing efforts to rescue hundreds of others across the country. You will also be helping support Animals Asia's campaign to end the cruel practice of bear farming. Animal Asia’s bear sanctuaries provide a safe, natural environment where bears can live out the rest of their lives free from suffering.

You can help care for these bears by adopting Parly.

Fund the lifetime care of Parly and other bears like him

Promote awareness of the welfare needs of captive animals

Work with governments to improve animal welfare and management

For overseas orders customs charges may be levied prior to delivery. We would suggest checking to see if these may apply before placing your order.

ADOPTING A MOON BEAR AS A GIFT?